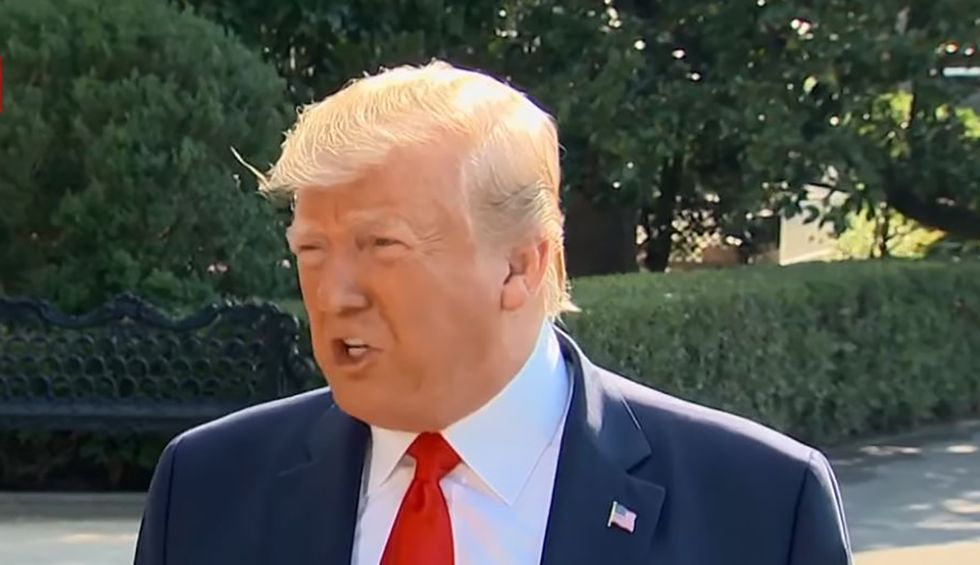 Speaking to reporters aboard Air Force One while on his way to Silicon Valley for a two-day California trip, Trump said homeless people are living in "our best highways, our best streets, our best entrances to buildings."

"People in those buildings pay tremendous taxes, where they went to those locations because of the prestige," the president said.

"In many cases they came from other countries and they moved to Los Angeles or they moved to San Francisco because of the prestige of the city, and all of a sudden they have tents," Trump continued. "Hundreds and hundreds of tents and people living at the entrance to their office building. And they want to leave. And the people of San Francisco are fed up, and the people of Los Angeles are fed up. And we're looking at it, and we'll be doing something about it."

Trump also expressed deep concern for police officers who he claimed are "getting sick" from interacting with the homeless.

"They're actually sick," the president said. "They're going to the hospital. We can't let that happen."

Observers were quick to condemn Trump for his inhumane comments and refusal to offer real solutions to the crisis of homelessness in California and throughout the nation.

"The president's remarks are abhorrent," Diane Yentel, president and CEO of the National Low Income Housing Coalition, told the Washington Post. "He's apparently more concerned with the doorways and streets than with the people who are homeless and sleeping on them."

In a series of tweets responding to Trump's remarks, housing advocate Jared Thompson said "it's an abomination that homelessness exists in the United States, not that rich businessmen are annoyed by poor people."

"That's right, it's not that it's uncomfortable to 'look at,'" Thompson added. "Homelessness is a life-threatening crisis for anyone experiencing it, and it happens to adults, to the elderly, to families, to young people, and to children. It's unacceptable, and we have to do more."

The Trump administration is reportedly weighing a number of proposals to "address" the homelessness crisis in California, including more "policing," destroying encampments, and moving homeless people to government-run facilities.

Housing advocates decried such proposals as cruel steps that would ultimately do nothing to solve the underlying problems that produced the homelessness crisis.