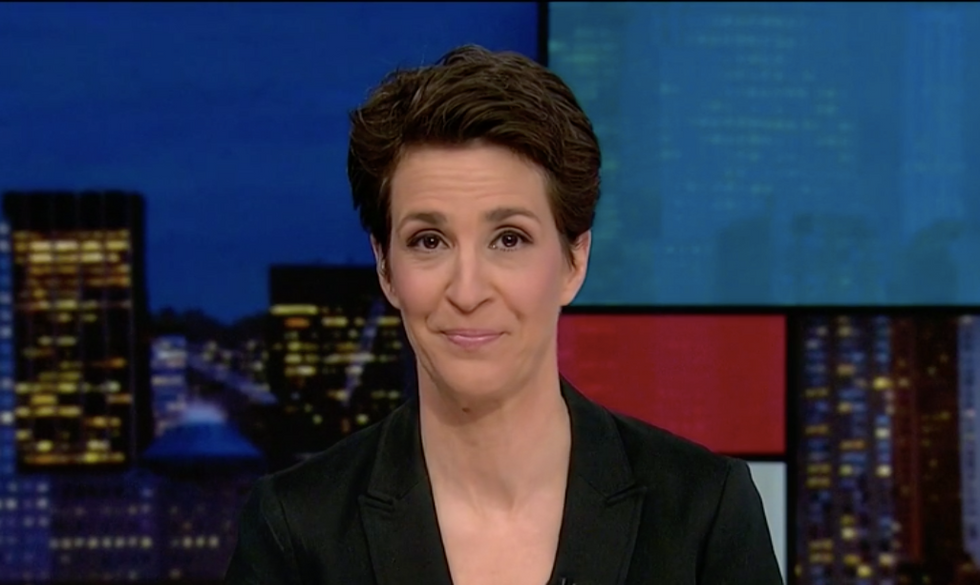 On July 22, the Associated Press (AP) reports, Maddow took aim at OAN’s Kristian Rouz, who has also been a contributor to the Russian news agency Sputnik News.

“In this case, the most obsequiously pro-Trump right-wing news outlet in America really literally is paid Russian propaganda,” Maddow declared. And Maddow said of Rouz, “their on-air U.S. politics reporter is paid by the Russian government to produce propaganda for that government.”

In the lawsuit, OAN alleges that Maddow’s comments were retaliation for OAN President Charles Herring’s criticism of MSNBC and Comcast Cable. Herring had alleged that Comcast refused to carry OAN because it “counters the liberal politics of Comcast’s own news channel, MSNBC.”

OAN’s lawsuit also stresses that Rouz has been a freelancer for Sputnik rather than a full-time staff employee. And Rouz, in the lawsuit, is quoted as saying, “I have never written propaganda, disinformation or unverified information.”

In an official statement, attorney Skip Miller (who represents OAN), said, “One America is wholly owned, operated and financed by the Herring family in San Diego. They are as American as apple pie. They are not paid by Russia and have nothing to do with the Russian government. This is a false and malicious libel, and they’re going to answer for it in a court of law.”

But attorney Amy Wolf, who represents NBC Universal, stressed in an August 6 letter that everything Maddow said about Rouz was accurate. OAN, Wolf said, “publishes content collected or created by a journalist who is also paid by the Russian government for writing over a thousand articles. Ms. Maddow’s recounting of this arrangement is substantially true and therefore, not actionable.”

In a September 9 article for the right-wing Washington Examiner, journalist Tom Rogan asserted that OAN’s frivolous lawsuit is “highly unlikely to succeed” because OAN has a “very weak case.”

“OAN is wrong for reasons of both fact and law,” Rogan explained. “For a start, OAN and Sputnik, a western-focused Kremlin propaganda outlet, do — or recently did — share the same employee: Kristian Rouz. That alone protects MSNBC from the ‘actual malice’ legal standard that OAN must prove in court: namely, that MSNBC knew their claims were false, or entertained serious doubts to the claims.”