A Trump official said the border fencing wasn't a 'vanity project.' Then Trump literally signed it. 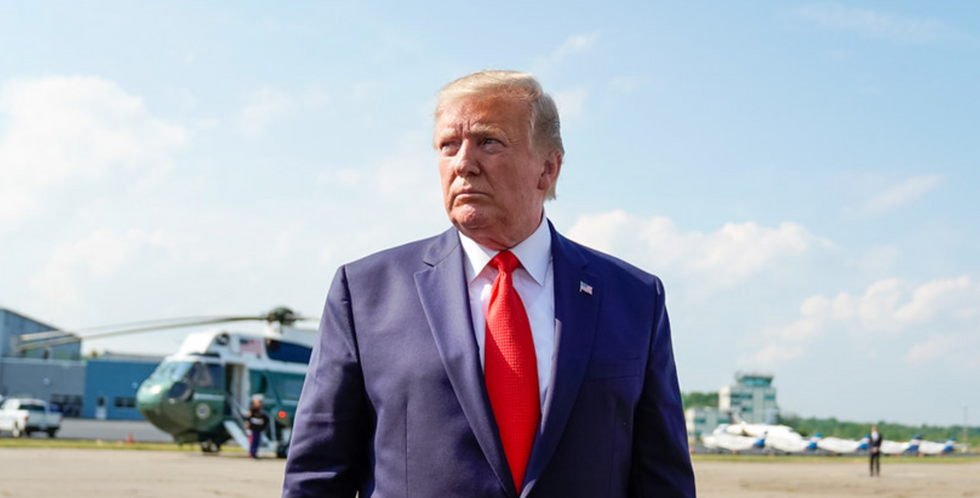 President Donald Trump's border wall hasn't been built yet, but he's trying to claim it's under construction by pointing to repairs and upgrades to existing fencing separating the U.S. and Mexico.

And on Wednesday, he traveled to a new section of the fencing. Some called it a "wall," but it's made of metal slats. The difference may seem trivial, and you might rightfully wonder: Who cares whether it's a wall or fence? Well, Trump cared, and he made the distinction a big part of his 2016 campaign:

He has since tried to walk this back, as security experts prefer see-through fencing to an actual concrete wall as he had proposed. It's also not being paid for by Mexico but by American tax dollars, another failed promise. And Trump wants to insist that replacing old fencing is just as big a deal as building new walls, but this undermines the idea that his wall promise was a bold and innovative proposal, rather than a tweak on work that had already been done.

Acting Customs and Border Protection Commissioner Mark Morgan added to the distortions about the fencing on Wednesday.

“There’s a false narrative out there that this wall is the president’s vanity wall,” Morgan told reporters at the border, according to The Hill.

Yet right shortly after he said that, Trump actually signed the barrier with a marker:

Of course, we shouldn't be too surprised — it's not even the weirdest thing Trump has signed. Topping that list is probably the photos of dead crime victims and Bibles.