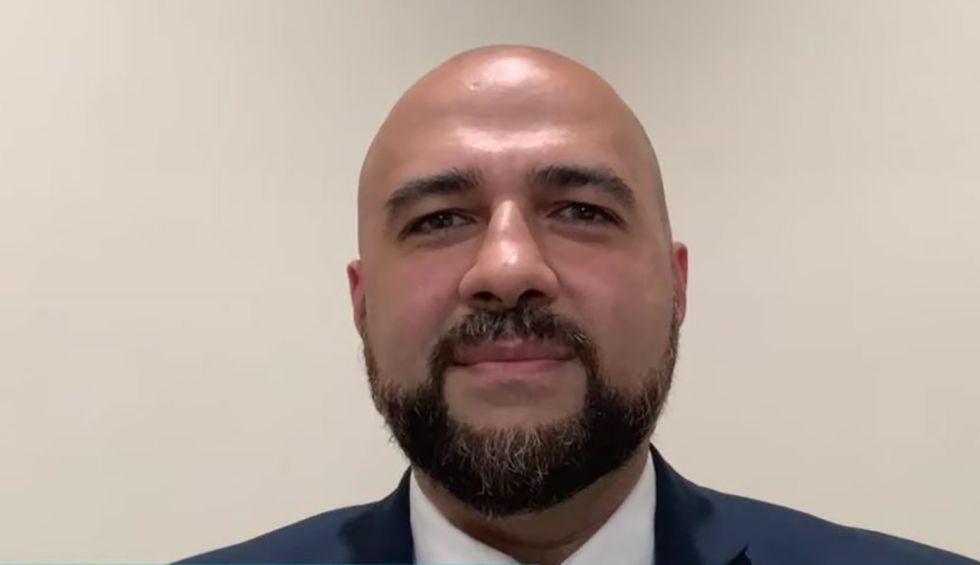 The Muslim-American mayor of Prospect Park, New Jersey, was harassed and wrongfully detained by Customs and Border Protection after flying into John F. Kennedy International Airport last month, saying that agents asked him if he knew any terrorists during the nearly three hours he was held.

Mayor Mohamed Khairullah and his family had actually been vacationing in Turkey and were returning home to Prospect Park when the CBP agent’s questions went from standard—“like about where he traveled from and who he visited,” CNN said—to downright offensive and discriminatory, asking Khairullah "did you meet with any terrorists?"

“Mayor Khairullah said he gave a polite, ‘No,’ before asking to speak with a lawyer, believing the line of questioning was ‘harassment.’ When he requested to end the interview, the mayor recalled the agent asked to search his phone.” Khairullah consented, thinking it would help speed things up so he, his wife, and young kids could get home. But after taking the phone, agents then refused to return it, keeping it for nearly two weeks.

The Washington Post reports that the family had already been harassed before the trip even started, when “four members of his family were selected for additional screening and searched when they showed up at the airport for their flight to Turkey at the start of July, he said. At Friday’s news conference, Khairullah held up his 14-month-old child’s boarding pass, which had been marked with ‘SSSS,’ for ‘secondary security screening selection,’ according to InsiderNJ.” For a 14-month-old baby.

After finally leaving JFK and getting back home, the mayor said he didn’t get his phone back for 12 days. He said he hasn’t ruled out legal action over the invasion of his privacy, and says the incident has in particular terrified his wife, a green card holder, who is now afraid she could also be harassed if she travels. “Even with U.S. citizenship, even with the 13-plus years as mayor, being a volunteer firefighter three years after I came to the U.S. ... all these hours of community service obviously doesn’t matter when my name is Mohamed Khairullah,” he said.

CBP’s treatment of Khairullah was "a clear case of profiling,” said Ahmed Mohamed, litigation director for the New York chapter of the Council on American-Islamic Relations. "He gets treated as if he was a terrorist in this situation. That's conduct that should be unacceptable to every single American in this country.”