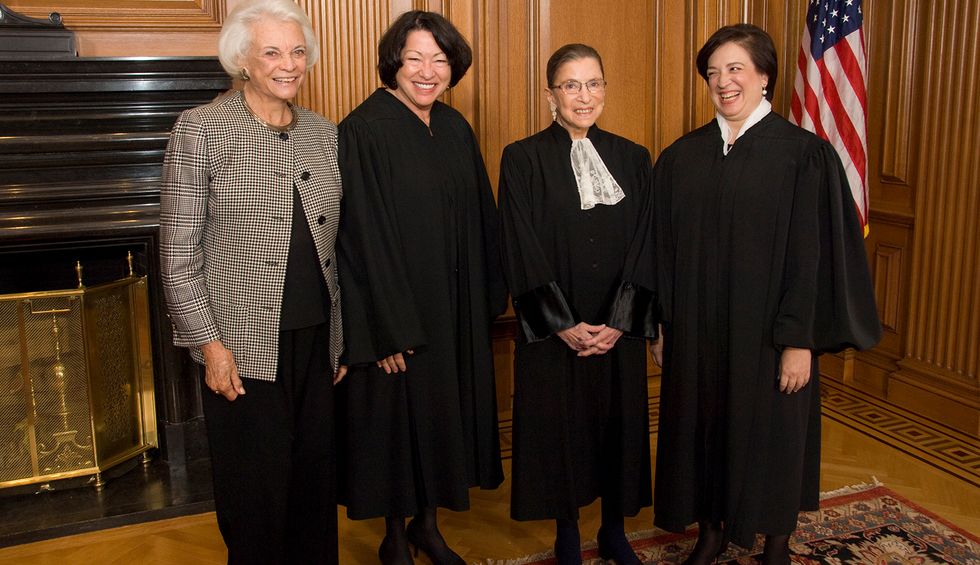 A movement for religious rights is transforming the place of religion in American public life.

From the 1960s until very recently, liberals successfully argued at the Supreme Court that the tyranny of the majority cannot define the lives and experiences of secular citizens.

For decades, the court regularly ruled that laws imposed by local majorities enforcing school prayer or religious displays on government property violated the Establishment Clause of the First Amendment, which has been interpreted to mean the government is prohibited from endorsing religion or favoring one religion over another.

Those decisions meant that the rights of the non-Christian minority defined the public place of religion in the U.S.

But in the last decade, the reversal of power between religious and secular sides of American culture created a new self-perception among Christians as a distinct minority group. More importantly for legal proceedings, this led to a new strategy: They argue that they are now the minority group whose rights demand protection under the Constitution.

Rise of the Christian minority

Three major religion cases in 2017, 2018 and 2019 pitted a religious claim against a secular one – a church against the state government, a Christian business against a state agency and an atheist organization against a veterans’ group.

In each case, the secular claim won in the lower courts, which grounded their decisions in the understanding of the First Amendment the high court had developed beginning in the 1960s.

In each case, the Supreme Court reversed the lower courts and ruled in favor of the religious claim. All three cases feature the same split of justices: 7-2 with liberal Justices Stephen Breyer and Elena Kagan joining five conservatives. The only dissenters were Justices Ruth Bader Ginsburg and Sonia Sotomayor.

In the first case, the state of Missouri offered playground resurfacing to daycare centers that serve impoverished communities. A center run by Trinity Lutheran Church ranked fifth out of 44 applicants based on the state’s objective criteria.

But the church’s daycare was denied state assistance solely because it was affiliated with a religious institution.

Ginsburg and Sotomayor agreed with that decision. In their view, Founding Father Thomas Jefferson’s “wall of separation between church and state” means that the government cannot intermingle with religious organizations or give the appearance of endorsing religion.

As Justice Sotomayor writes in her dissent, we should avoid “the dangers that result when the two become entwined… by drawing fairly clear lines of separation between church and state.”

The two justices support the court’s 1971 “Lemon Test,” which says that “excessive government entanglement” with religion is a violation of the Constitution. If this standard is followed, the “establishment of religion” includes almost any government involvement with a religious group, meaning all government programs must remain exclusively secular.

But the majority on the current court believes that “the wall of separation” was only Jefferson’s view, not the consensus of the Founders codified in the text of the Constitution, which uses very different language.

By itself, the Establishment Clause’s meaning appears clear: No government involvement with religion. But a second provision in the First Amendment also addresses religion, the Free Exercise Clause, which protects religious practice.

Together, these clauses seem to endorse a balance: government should neither enforce nor inhibit religion. This implies neutrality rather than separation. So the government is not prohibited from touching religion, but only from forcing it on citizens.

The court majority’s view in the Missouri case is that to treat a church daycare differently from a secular one is to discriminate unconstitutionally.

The liberal Justice Stephen Breyer joined the majority opinion. As he phrased it in a 2019 opinion, we must consider “the basic purposes that the Religion Clauses were meant to serve: assuring religious liberty and tolerance for all, avoiding religiously based social conflict, and maintaining that separation of church and state that allows each to flourish in its separate sphere.”

The second case began when a gay couple planning a wedding asked for a custom cake from Masterpiece Cakeshop in Lakewood, Colorado in 2012. The owner refused their request. In his view it would mean celebrating a ceremony that violated his deeply held religious convictions.

The Colorado Civil Rights Commission fined the baker for violating the state’s anti-discrimination laws. The Supreme Court reversed the decision, saying the state of Colorado demonstrated “clear and impermissible hostility” toward the baker and his religious beliefs.

“Hostility” is the key word in the Masterpiece Cakeshop ruling. Justice Anthony Kennedy wrote that the state government’s “hostility was inconsistent with the First Amendment’s guarantee that our laws be applied in a manner that is neutral toward religion.”

The American Legion v. American Humanist case was an old-fashioned religious dispute about a giant cross on public property.

Does the imposing Bladensburg Peace Cross, set in a highway median on the outskirts of Washington, D.C., violate the First Amendment?

The American Humanist Association – a secularism-promoting nonprofit whose motto is “Good Without a God” – brought suit asking that the cross be demolished or moved from public land, where its members would not have to see it while driving on the highway.

The Supreme Court said no. Like Kennedy in Masterpiece Cakeshop, Justice Samuel Alito in the Peace Cross case argued that government hostility toward religion was impermissible: “a government that roams the land, tearing down monuments with religious symbolism and scrubbing away any reference to the divine will strike many as aggressively hostile to religion.”

Underneath these victories for religious citizens and institutions is a shift in legal status. Traditional Christians were long perceived to be – by themselves and by the court – the dominant majority. Now traditional Christians argue they are a persecuted minority with rights. The court tends to agree.

Around 2010 the Protestant majority dominant throughout American history up to that point dropped into the minority. Active churchgoers now represent only a third of Americans.

Conversely, Americans with no religious affiliation – the “nones” – have risen dramatically. They are now approximately a quarter of the population, up from around 15% only 10 years ago. About 35% of millennials and 17% of baby boomers are now nones.

Along with these changes has come a shift in perceptions of who is discriminated against.

Among Republicans, the proportion who perceive of “a lot” of discrimination against Evangelical Christians has gone from 21% in 2016 to 30% in 2019.

That case will test whether the court’s transformation of the place of religion in American life continues.