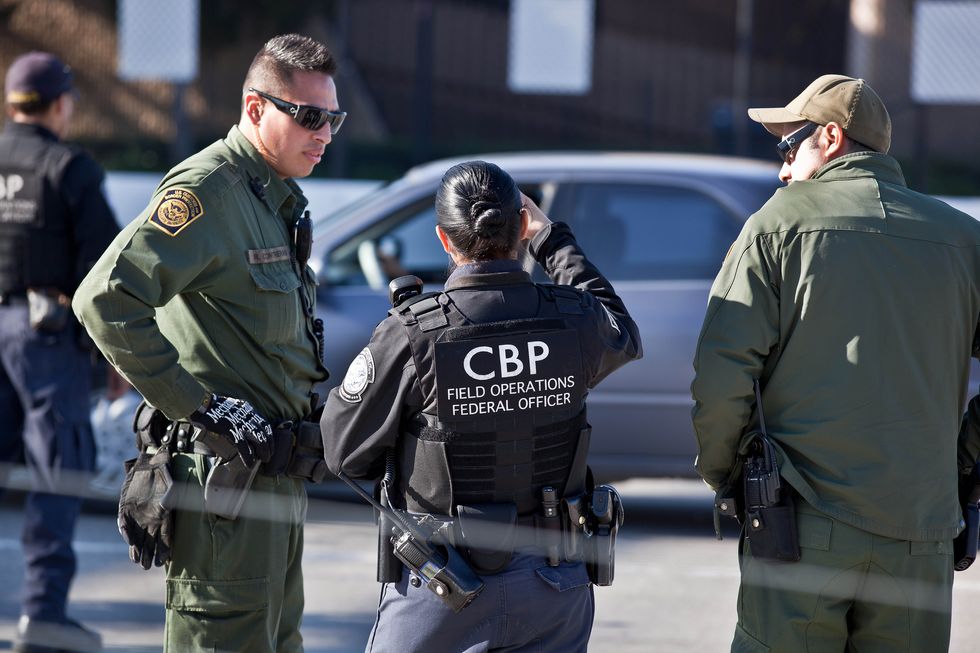 Thank goodness we’re finally hearing from the victims of Border Patrol’s inhumanity, and it’s not the migrant kids who have been separated from their families and are languishing in U.S. custody. “To have gone from where people didn’t know much about us to where people actively hate us, it’s difficult,” former Border Patrol agent Chris Harris told The New York Times. “There’s no doubt morale has been poor in the past, and it’s abysmal now. I know a lot of guys just want to leave.”

Yes, the policies of separating families at the border and also leaving children to languish and die in cold cells are taking a toll, including on those carrying them out, apparently. “One Border Patrol agent in Tucson said he had been called a ‘sellout’ and a ‘kid killer,’” the Times continued. “We have been pointed at with this broad brush,” complained Border Patrol union president Brandon Judd, “when really the vast majority of our agents are very good people.”

He should tell that to the attorney of former border agent Matthew Bowen, who recently pleaded guilty to intentionally hitting a migrant with his truck. Texts revealed he’d called migrants like the one he tried to run over with his truck “disgusting subhuman shit unworthy of being kindling for a fire” and “mindless murdering savages.” Bowen’s attorney, Sean Chapman, defended him by saying that “The use of such words is commonplace in the Tucson, Arizona sector.”

Children jailed by Border Patrol have also described being insulted with derogatory language by agents, including the word puto, which is an anti-gay slur in many Spanish-speaking countries. But rather than addressing this and other deplorable conditions, the Trump administration has blocked House staffers from conducting their oversight responsibilities at detention facilities. That is why people are so pissed.

If there’s cynicism about the claims from Harris, Judd, and others, it’s because they created that. Both Judd and Harris have palled around with anti-immigrant groups: Judd with the Center for Immigration Studies of the Tanton network, and Harris with San Diegans for Secure Borders. If Border Patrol agents don’t like the way they’re being viewed by the public, they should do something about it and vocally and publicly challenge what’s happening at their agency. Stopping associations with hateful groups would also be good. Until then, their actions—and lack of actions— speak for themselves.