A lack of regulation is killing e-cig users 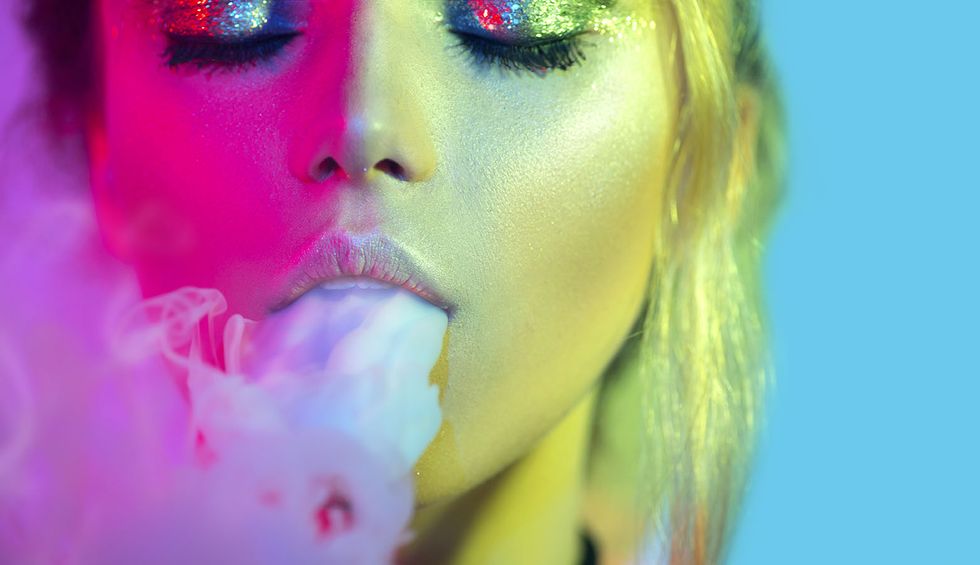 The Centers for Disease Control and Prevention (CDC) is investigating why hundreds of people across the country have come down with a mysterious pulmonary illness they believe to be linked to vaping. As of last week, 215 possible cases have been reported from 25 states. Symptoms range from respiratory issues such as shortness of breath and chest pain to gastrointestinal symptoms. Some have been hospitalized, and the pulmonary illness has even claimed one life.

Health officials are certain this mysterious illness is associated with vaping e-cigarettes that contain either nicotine, tetrahydrocannabinol (THC) and/or cannabinoid compounds. However, it is unclear what chemical within the e-cigarettes is causing the illness: one of the aforementioned primary intoxicants, a chemical found in the additive flavors, or perhaps a new unknown contaminant.

As Salon reported in 2018, some of the chemicals in flavors used to add flavor to vaping are billed by manufacturers as safe because the FDA has approved them for ingestion. Yet no one knows for sure if you can breathe the same chemicals safely, and many chemicals approved for ingestion become toxic after combustion.

Diacetyl, which the Occupational Safety and Health Administration has warned workers about inhaling because of its link to the respiratory disease bronchiolitis obliterans (colloquially referred to as “Popcorn Lung”), was present in 75 percent of the flavored electronic cigarettes tested.

Jake Plattenberger, an attorney who defends victims who have been exposed to diacetyl, says there are a lot of chemicals in e-cigarettes consumers and health officials don’t know about.

“These formulas are treated as trade secrets, and the vaping companies aren’t required to disclose what their formulas are or what their ingredients are, but we know quite a bit from the food flavoring industry because the same ones were migrated over to the vaping industry,” Plattenberger told Salon.

Those chemicals include diacetyl, a diacetyl-alternative called acetyl propionyl, acetoin, and diketones. Plattenberger says “scientists would tell you there is a pretty good chance" that these constituted a class of chemicals that are "problematic or potentially harmful.”

Contaminants beyond the flavorings could be a culprit, too. As discussed in a paper published in the journal Environmental Health Perspectives in August, titled "Cannabis Contaminants: Regulating Solvents, Microbes, and Metals in Legal Weed," e-vaping devices “employ metal coils or ceramic elements powered by small batteries to heat and aerosolize liquid or solid cannabis concentrates prior to inhalation.” The paper suggests that the metal within the coils could theoretically be sending vaporized metals into smokers' lungs; moreover, there may be also be legacy metal contamination as a result from pesticides that contained lead or mercury.

As vaping has become more popular, researchers have been intensifying their scrutiny over the chemicals in e-cigarettes. Teens in particular have been taking to e-cigarettes. In September 2018,  the Washington Post reported that unreleased public health data showed there had been a 75 percent increase in e-cigarette use among high school students in 2018, compared to 2017.  Between 1997 and 2015, the U.S. high school smoking rate declined by an astonishing 70 percent, and was predicted to be almost eliminated by 2035 until vaping came along.

Erika Sward, National Assistant Vice President of Advocacy at the American Lung Association, told Salon the mysterious severe lung disease doctors is the consequence of the industry being unregulated for so long.

“The fact that e-cigarette have been allowed to be in this unregulated quasi-state for so long is really why we are here now,” Sward said. “Because the FDA took forever to assert authority over e-cigs and then delayed the review of each of these products is really at the heart of why we are having this cluster of illnesses.”

For years, whistleblowers have urged the FDA to regulate e-cigarettes and flavored tobacco. Dozens of state attorney generals sent a letter to the FDA in 2015.  In September 2018, the federal agency declared teen vaping an “epidemic.” It has sent warning warning letters to retailers  both online and in brick-and-mortar retail stores. It is also requesting a list of ingredients for a future review.

Phillip Lamberty, a pulmonologist and critical care specialist at the University of Pittsburgh Medical Center, has cared for three patients whose cases have been submitted to the CDC. His theory, he told Salon, is that there could be an added contaminant in the vaping e-liquids.

“My leading [uncorroborated] theory .... is that there has to be some contaminant or series of contaminants that are getting introduced,” he told Salon. “It is either something new that is happening or there is some contaminant across the board or we have missed other cases that were related.”