‘You narcissistic boob’: Trump triggers a scathing bipartisan backlash with his new attacks on Puerto Rico 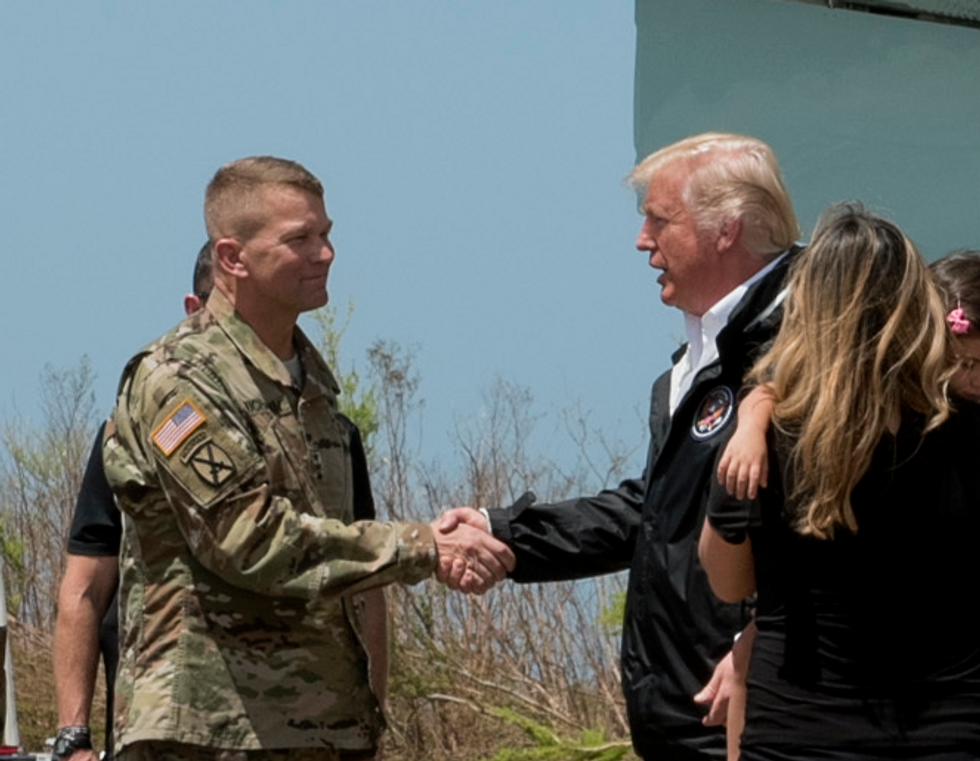 President Donald Trump can never resist a chance to kick Puerto Rico when it’s down. Only two years after the Caribbean island and U.S. territory was devastated by Hurricane Maria, Puerto Rico faced the threat of another severe storm: Hurricane Dorian. And Trump has responded not with compassion, but by bashing Puerto Rico — which has inspired some angry reactions from both the left and the right.

On Wednesday — with preparations for Dorian underway — Trump tweeted that Puerto Rico was “one of the most corrupt places on Earth” and was plagued by “politicians” who are “either incompetent or corrupt.” In a separate tweet, Trump added, “And by the way, I’m the best thing that’s ever happened to Puerto Rico!”— an assertion that Rep. Alexandria Ocasio-Cortez of vehemently disagreed with, tweeting, “3000 Americans died on your watch. You’re not the best thing to happen to anybody but yourself. And even that’s questionable.”

The 3,000 Americans Ocasio-Cortez was referring to were Puerto Rico residents who, according to official estimates, died as a result of Hurricane Maria.

CNN contributor Ana Navarro joined in on the attacks as well. The Never Trump conservative angrily tweeted, “You narcissistic boob. They are Americans bracing for a storm, while still recovering from the devastation of Maria…. FEMA needs to focus on preparation and safety. It’s not about you. Stop, just stop!”

Eugene Gu, a prominent surgeon who has sued the president, devoted an entire Twitter thread to bashing Trump’s comments on Puerto Rico. Gu asserted, “Trump is a true racist bigot. He doesn’t care about Puerto Rico even though it’s just as much a part of America as Washington, D.C. Just because many Puerto Ricans are of Hispanic descent doesn’t mean they aren’t as American as the rest of us. In fact, they’re American citizens.”

Gu went on to say that Trump “botched the relief and recovery efforts in Puerto Rico” following Hurricane Maria.

San Juan Mayor Carmen Yulín Cruz was highly critical of Trump after Hurricane Maria and has been similarly critical this week, telling CNN that Trump’s “behavior, his lack of understanding” are “ludicrous.” Cruz said of Trump, “This racist man did not have it within him to do his job. So get out of the way, President Trump, and let the people that can do the job get the job done.”

Former Massachusetts Gov. Bill Weld, who is challenging Trump in a 2020 GOP presidential primary, tweeted that Trump should “save your trashing of their leaders for another day.”

On Twitter, @NoWay7790 sarcastically tweeted, “How dare Puerto Rico put itself on the path of a tropical storm! Again! Shame on them!,” while Rantt.com’s Ahmed Baba blasted Trump’s “callous attacks on Puerto Rico before the storm. Trump treats them like they’re not Americans because they have no electoral power, and if they did, they’d likely vote Democrat. Whether he likes it or not, they’re American citizens, and humans. He needs to treat them as such.”

Let me get this straight: a hurricane could be bearing down on #PuertoRico that could cause unknown death and destr… https://t.co/IfdH67z6lR
— Ron Christie (@Ron Christie) 1567004494