Wisconsin Republicans are straight up refusing to answer questions about gun violence: 'Can you stop recording?' 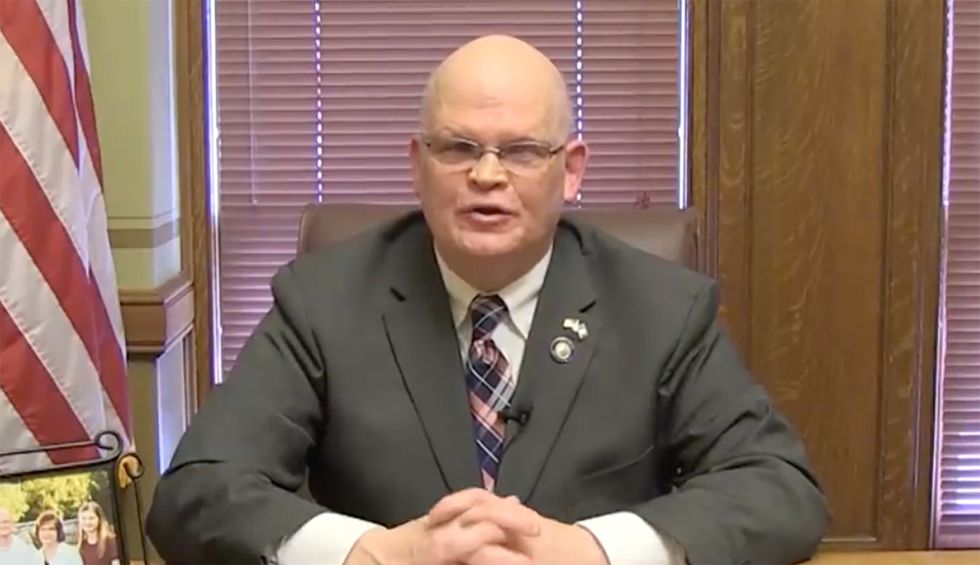 Although Democrats enjoyed some major victories in Wisconsin in the 2018 midterms — Sen. Tammy Baldwin was reelected, and two-term Republican Gov. Scott Walker was voted out of office — Republicans still control Wisconsin’s state legislature. And many of those Republicans, according to a report by the Milwaukee Journal Sentinel’s Patrick Marley, have been “resisting” proposals for more broader background checks for firearm purchases.

The proposals follow two mass shootings earlier this month: an August 3 terrorist attack in El Paso, Texas that left 22 people dead was followed by a mass shooting in Dayton, Ohio in which nine people were killed.

Wisconsin Gov. Tony Evers, the Democrat who replaced Walker, is among the proponents of broader background checks. But as Marley reports, Republicans in Wisconsin’s state legislature have responded by opposing the idea, expressing skepticism or simply avoiding the topic.

One such Republican is State Sen. Dan Feyen, who said, “I think we have laws on the books that are good right now.” On Twitter, Feyer accused Marley of being overly aggressive with him, claiming that Marley had “cornered me on the way to the bathroom and shoved a recorder in my face.”

Rep. Paul Tittl, a Republican who serves in the Wisconsin House of Representatives, has dodged the subject of background checks — telling reporters, “That’s not what we’re here to talk about today.”

Meanwhile, Wisconsin State Sen. Alberta Darling, according to Marley, said of broader background checks for gun purchases, “I’m not going to say whether I support them or not, but what I’d like to see is having our existing laws enforced.”

Wisconsin State Sen. Devin LeMahieu, another Republican, also expressed skepticism: Marley quotes him as saying it isn’t necessary to “have a background check if I want to buy a firearm from my father.”

Evers, meanwhile, has been critical of GOP responses to the mass shootings in El Paso and Dayton, asserting during an August 11 MSNBC appearance that Republicans “may be waiting for permission from the NRA.”