White supremacist violence is a dangerous symptom. But our corrupted and corroded public life is the disease 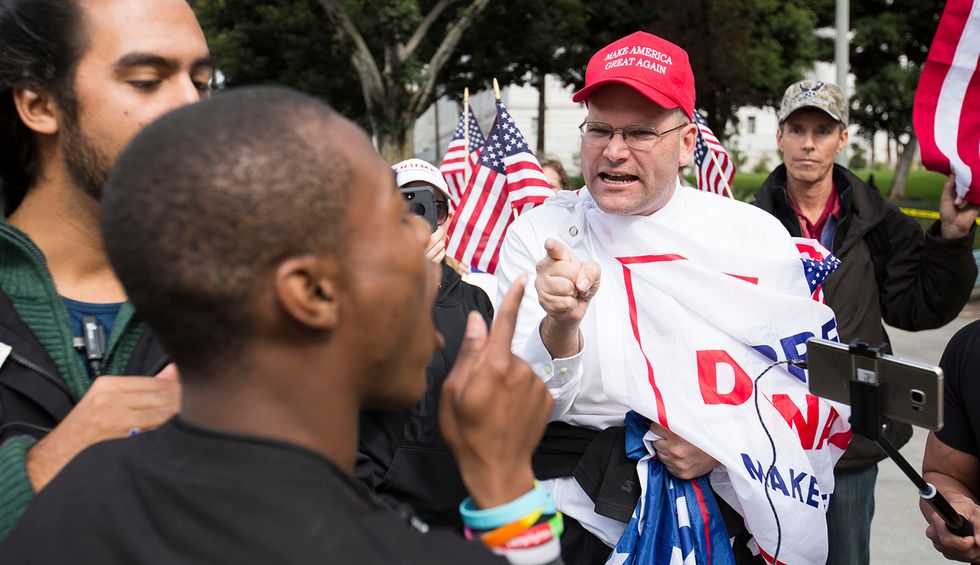 Whenever American civil society has been under great stress, if not indeed falling apart, self-appointed champions of conventional wisdom and traditional values have ginned up public paroxysms of alarm and rage at internal enemies who politicians, propagandists, and pundits leap to blame for the crisis.

In the 1690s, it was witches — hysterical women and girls whom Puritans said had been taken by Satan. In the 1840s, it was Catholic immigrants, whom Republicans in the 1884 presidential campaign said were besotted with “rum, Romanism, and rebellion.” In every decade before and since then, it has been black people, often represented as dangerous, feral beasts. In the 1920s, it was anarchists, Reds and pushy Hebrews. In the 1950s, it was American Communist spies for Stalin, the Satan of that time. In the 1960s, it was hippies, riotous blacks and traitorous opponents of the Vietnam War. Since 9/11, it has been Muslim terrorists and, in 2003, it was Saddam Hussein’s (imaginary) weapons of mass destruction and American critics of the Iraq war. In 2015, it was coddled, petulant college students, campus counselors, who, we’ve been told, are out to silence and punish anyone whose exercise of freedoms of inquiry and expression frightens or angers them. Now, it’s the white supremacist terror network.

The targeted groups usually contain real dangers which are always blown way out of proportion, the crusaders against them usually compounding the civic crises they claim to be preventing. What they usually end up proving is that many Americans will do almost anything but challenge the far-more subtle, pervasive and decisive enemy that’s riding our routine submission to and complicity with the most decisive cause of our civic implosion. It’s as if we’d rather stampede away from facing the harsh truth and fall into obdurate, enveloping silence about it.

Today’s very real emergency of gruesome, accelerating, nationally humiliating massacres of Americans in our workplaces, markets, schools and other public places is driving many to target a white supremacist terror network that is dangerous and terrifying — but is more a carrier than a cause of the crisis. For every white supremacist who’s opened fire in 250 recent mass shootings, other white shooters have targeted mainly other whites — school children in Connecticut, concertgoers in Las Vegas, church congregants in Texas and beyond.

Similarly, for every mentally ill shooter like Jared Loughner, the paranoid schizophrenic who shot Rep. Gabrielle Giffords and killed six people in 2011, most other mass shooters are no more “insane” than President Trump, who, while a candidate in 2016, boasted, “I could stand in the middle of Fifth Avenue and shoot somebody and I wouldn’t lose any voters, OK?” Carrier and casualty though Trump certainly is of the scourges of white supremacy, gun madness, drug abuse, impulsive self-interest, and — as we see at any of his rallies — a deranging variant of political correctness, all these plagues antedated him and helped elevate him to the White House. He is only returning the favor by accelerating what was already torrential in our civic implosion.

But what about the torrents of racist and sexist violence and degradation that Trump and the white supremacists are riding — the undercurrents beneath “current events,” sluiced into the republic’s wellsprings from its very beginnings and lately prompting the true and urgent claims of Black Lives Matter and #MeToo? Haven’t Americans now broken a lot of racial and sexual glass ceilings in the republic’s house, electing a black president who understood us better than most of us understood ourselves, and elevating women as governors, legislators, business executives and curators of a better national conversation?

But most glass-ceiling breakers haven’t managed, or even really tried, to reconfigure the foundations and walls that supported those ceilings. More often, they’ve only compounded what’s destroying us. They’ve imparted an aura of legitimacy to what is really driving Americans toward enmity, violence, terror, addiction, and marketed escapism — the aforementioned undercurrent that most of us will do anything but name and challenge because it, too, was sluiced into the republic’s wellsprings and into our lives.

This real “villain” — which is not so much malevolent as just mindless — is the turbo-marketed, intimately intrusive, seductive swamping of reasoned speech and honest conversation by engines of shareholder-driven marketing, casino-like financing, and legislation and jurisprudence that equate freedom of speech with the freedom to spend money.

"Democracy dies in darkness," reads the motto of the Washington Post. But democracy dies also in a profit-mad glare of images and cries that are turning the free-for-all of deregulated commercial "speech" into a free-for-none, bypassing our brains and hearts on their way for our lower viscera and our wallets, 24/7, in our homes and heads, short-circuiting our capacity to think or converse.

The tsunami of hollow, seemingly harmless commercial speech that’s distracting us from our dispossession and atomization as citizens and workers profits the corporate overlords by coming on to us not as citizens who could enlarge our self-interest by contributing to the public good but as narrowly self-protective investors and consumers whose transaction is neither more nor less than a market exchange.

Unregulated commercial speech reduces thoughtful citizens to impulse buyers. It hollows out the public deliberation that should license and regulate the very engines that grope us, goose us or intimidate us. It leaves a democratic vacuum into which hate speech and worse have swept via the mouths and trigger-fingers of loners — including the CEO misogynists who sit atop many of the engines driving our derangement.

Social media is only the most powerful and intrusive carrier of this plague. We would be as short-sighted to blame fake news and civic decay on social media as we would be to blame road rage on the internal combustion engine. Computers and cars do accelerate derangement on our information and transportation highways, but they don't caused it; pre-digital newspapers and radio fomented gratuitous 20th-century wars and witch hunts.

What’s bringing out the worst in readers and viewers isn’t the technology; it’s the licensed, routinized greed that degrades but dazzles so many of us. I’ve been warning about the Americanization of this disease at length — in “How Hollow Speech Enables Hostile Speech” for The Los Angeles Review of Books and, more briefly, in a Salon essay last year. Now we need to find and support leaders who will do the hard, imaginative political work of naming, challenging and perhaps undoing this juggernaut, rather than relying on moralistic crusades against its symptoms that never touch the disease.