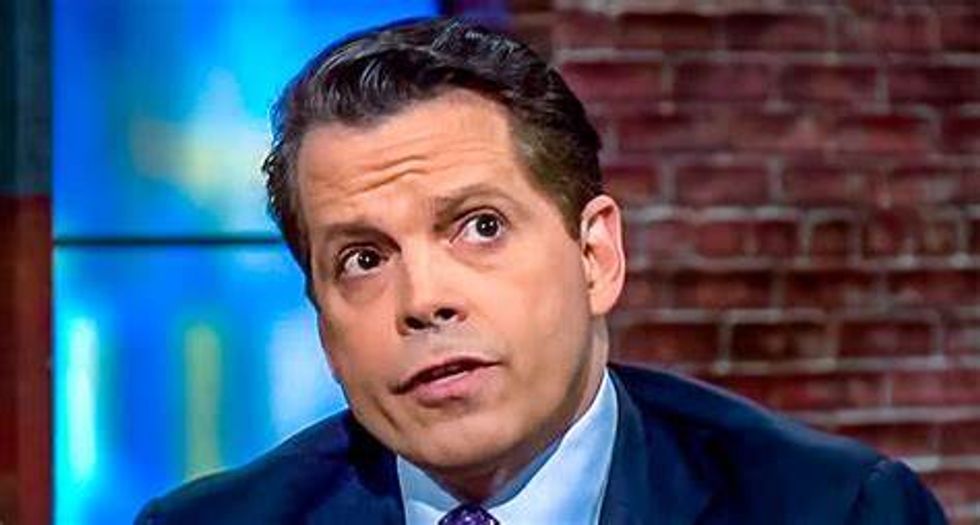 One of President Donald Trump's leading defenders was harshly shut down Friday on HBO's "Real Time" with Bill Maher."

The host explained his theory that Trump suffers from a malignant narcissistic personality disorder.

"What I'm astonished by is the lack of courage of Republican elected leaders, not to pick up the phone and call him out or call him out on TV," Scaramucci said.

"It's beyond they need to pick up the phone and tell him to stop saying the stupid racist sh*t," Washington Post columnist Catherine Rampell replied.

"They need to distance themselves from him, and so do you, frankly," she continued, to cheers from the audience.

"I'm an American, I love my country," Scaramucci replied.

"You can love your country and hate the racism," Rampell scolded. "But you act like this is a one-off slip of the tongue, this is his whole career."