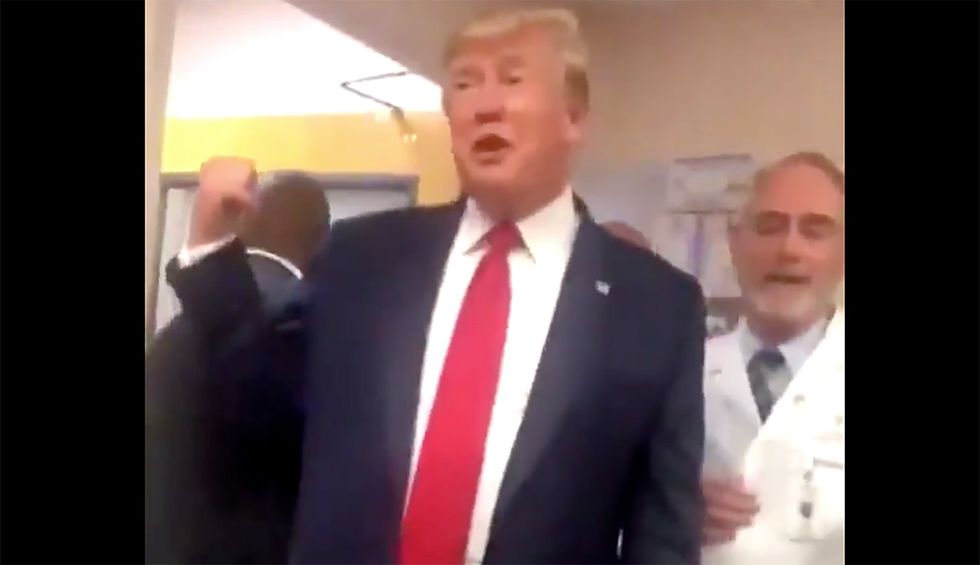 Following mass shootings in El Paso and Dayton over the weekend, President Donald Trump visited both of those cities on Wednesday — and a video posted on Twitter shows that even when he was visiting a hospital, Trump couldn’t resist insulting Democratic presidential candidate Beto O’Rourke.

In the video (which was filmed at University Medical Center of El Paso), Trump can be seen exchanging pleasantries with hospital staff with First Lady Melania Trump at his side. And when he discusses visiting El Paso in February to speak at a rally, Trump brags about attracting a larger crowd than O’Rourke (who also had a February event in that city).

“That was some crowd,” Trump says of his February rally in El Paso. “We had twice the number outside. And then you had this crazy Beto. Beto had like 400 people in a parking lot, and they said his crowd was wonderful.”

The video was posted on Twitter by KDBC-TV, the CBS affiliate in El Paso.

This is viewer video of President @realDonaldTrump and @FLOTUS at @umcelpaso meeting with victims and medical staf… https://t.co/Ex3u6T1o4u
— CBS4Local (@CBS4Local)1565235146.0