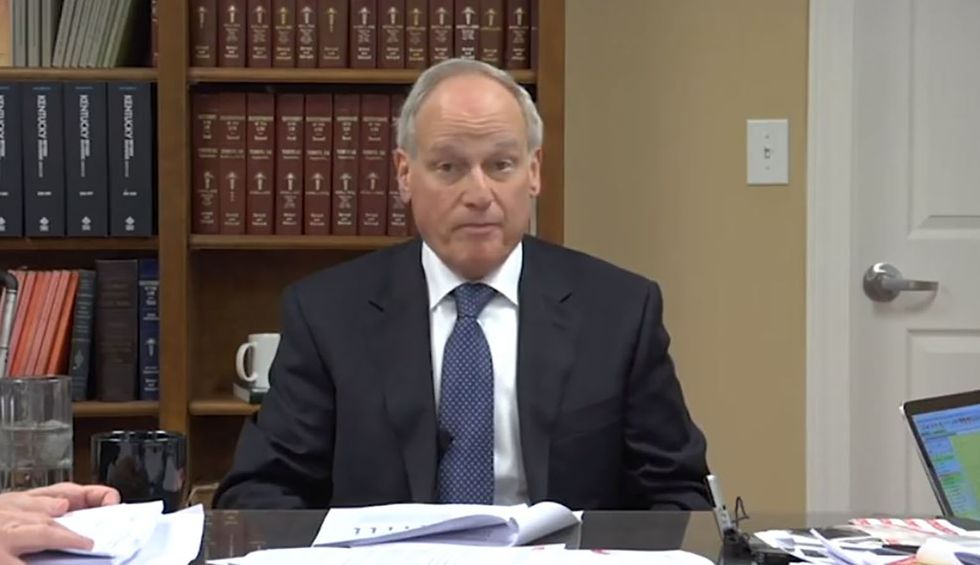 This story is a collaboration between ProPublica, STAT and ABC News.

Four years ago this week, Dr. Richard Sackler sat in a conference room at a law office in a Louisville, Kentucky, office park. Lawyers for the Kentucky attorney general’s office were taking his deposition as part of the state’s lawsuit alleging that the family business, Purdue Pharma, illegally marketed the opioid painkiller OxyContin by understating its addictive properties.

Sackler, who has been at various times Purdue’s president and co-chairman of its board, testified for more than eight hours. The lawyers asked him about his role at the company, what decisions he was involved in and whether he believes Purdue played any part in the opioid crisis that has resulted in more than 200,000 overdose deaths related to prescription drugs since 1999.

Despite hundreds of lawsuits against Purdue stretching back well over a decade, that August 2015 deposition, which was recorded on video, is believed to be the first time any member of the Sackler family was questioned under oath about their role in the marketing of OxyContin.

Four months after the deposition, Purdue agreed to pay Kentucky $24 million to settle the case. The company fought a legal battle for more than three years to keep the deposition secret. After the news organization STAT won a court decision in 2016 ordering its release, Purdue appealed all the way to the Kentucky Supreme Court. The court declined on Wednesday to hear the case, letting STAT’s lower court victory stand.

This past February, ProPublica obtained and published a transcript of the deposition. In a statement then, Purdue stood behind Sackler’s testimony. The video, however, remained unavailable. In April, comedian John Oliver called on his HBO show for its public release, saying it wasn’t “something that Purdue gets to bury.”

Now ProPublica has obtained the video and selected significant passages. Here are those excerpts:

Sackler was questioned about how much money he and his extended family have made from sales of OxyContin.

Sackler was both a board member and an executive of Purdue, in addition to an owner. His role in conceiving, launching and overseeing the marketing of OxyContin is discussed here.

“It is Almost That I Dedicated My Life to It”

Sackler was questioned about how Purdue incentivized its sales force to sell OxyContin and whether he thought the company’s marketing was appropriate.

A 1997 email exchange, read to Sackler at the deposition, shows that he supported a decision by Purdue executives not to correct a misperception among doctors that OxyContin is weaker than morphine. In fact, OxyContin is twice as potent as morphine. Purdue pleaded guilty in federal court in 2007 to falsely promoting OxyContin by understating the risk of addiction to the drug, including failing to alert doctors that it was a stronger painkiller than morphine. In these clips, Sackler is questioned about the failure to tell doctors about the relative strength of OxyContin and how that may have benefited the company.

Do Doctors Perceive Oxycontin as Weaker Than Morphine?

Sackler was asked about comments he made describing the U.S. Food and Drug Administration’s rapid approval of OxyContin.

At the deposition, Sackler disputed some of the findings in the 16-page statement of facts related to Purdue’s 2007 guilty plea. He also said that he never read the full statement.

Sackler quibbles over whether patients could develop a tolerance to OxyContin, as stipulated in the 2007 agreed statement of facts.

Sackler said “I don’t know” more than 100 times during the deposition, including in response to this line of questioning about Sackler-owned businesses.

Sackler Questioned About His Positions at Company

Near the end of the deposition, Sackler was asked if Purdue was responsible for the epidemic of opioid addiction in Kentucky.