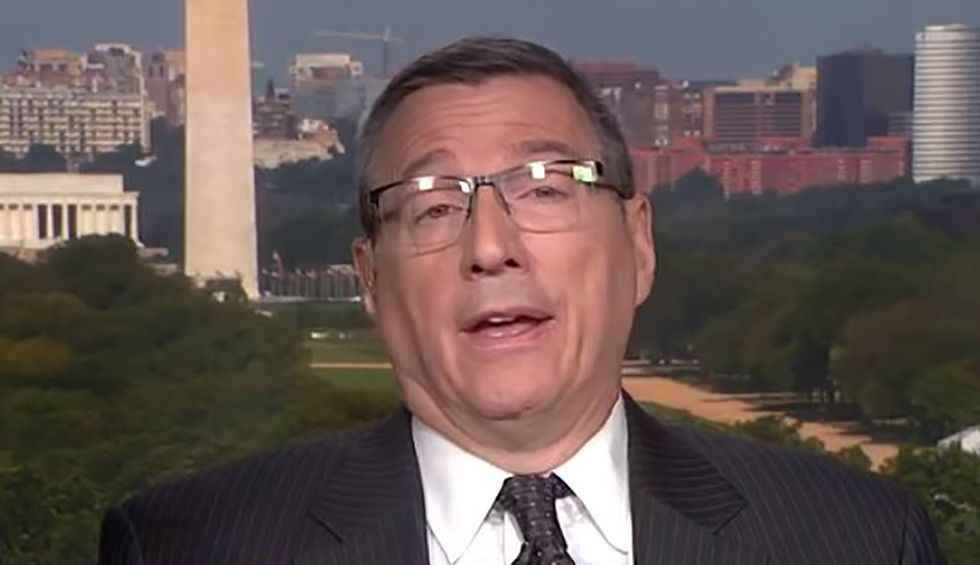 An evangelical minister went on CNN Monday to deliver a warning to President Donald Trump that his unhinged rants against immigrants and his political foes could get people killed.

During his CNN interview, the Rev. Rob Schenck explained how he has lived with regret and guilt after one of his own followers was inspired by his attacks on abortion providers to go out and murder physician Barnett Slepian in 1998.

Ever since then, he said he has toned down his rhetoric to avoid using language that dehumanizes other people — and he implored President Trump to do the same.

“When I would use those words of contempt, calling individuals who performed abortions as monsters or animals or other words that dehumanize them, those people received those words very differently, and they took them as license to do what they thought had to be done, and that included murder,” Schenck said. “Eventually, as a religious man, I had to repent of that and revisit my use of public language. It’s a very, very powerful and potentially dangerous tool.”

Later in the interview, Schenck was asked whether Trump’s words have already inspired political violence — and he said it was definitely possible.

“Sadly, I think they could very well have contributed, especially to the tragedy in El Paso, perhaps in other places as well, because, again, people hear what they want to hear,” he said. “You know, the president may think that everyone thinks the way he does, that they could never take his words as permission to go out and hurt people that he calls ‘criminals’ and ‘murderers’ and ‘invaders’ and ‘bad people,’ but he can never control that.”