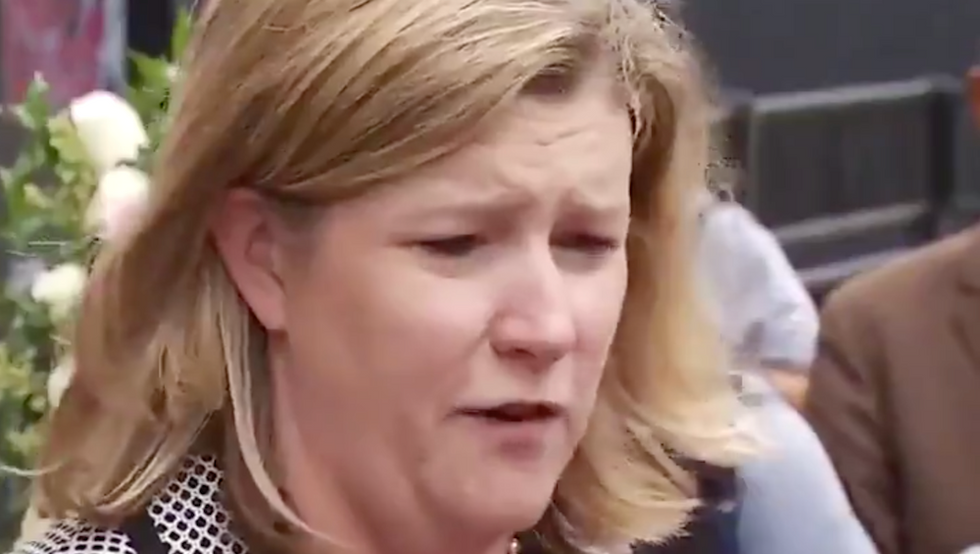 As Dayton Mayor Nan Whaley continued to respond Tuesday to the devastating mass shooting that has grieved her city, she faced another vexing challenge from the federal government. President Donald Trump, under widespread scrutiny for rhetoric that appears to have contributed to another shooting in El Paso, Texas, and for his unwillingness to address the nationwide danger of guns, is planning to visit Dayton.

Whaley made it clear that she is disappointed with the federal government's failure to address gun violence.

"What do you see in D.C.? You see a lot of nothing happening on a lot of stuff. And commonsense gun reform is definitely an example where nothing's happened. So yeah, we want something to happen there, too," she told reporters Tuesday.

Asked where she would confront the president about this issue, she said "absolutely."

"Yesterday, his comments were not very helpful on the issue around guns," she said.

Referring to Trump's speech on Monday about the shootings, she added: "I'm disappointed with his remarks. I think they fell really short. He mentioned gun issues like one time. I think watching the president over the past few years on the issue of guns, I don't know if he knows what he believes, frankly."

Whaley didn't directly criticize Trump for coming to Dayton, but her comments suggested she wasn't thrilled with the plan.

"He's the president of the United States, he has an official capacity as president. You know, in the official capacity as mayor, I will greet him here," she said. Asked about the possibility of protests, she said she was "glad" people would use their free speech rights. "He's made this bed and he's gotta lie in it. His rhetoric has been painful for many in this community, and I think the people should stand up and say they're not happy if they're not happy he's coming."

The day before, Whaley had lightly mocked the president after receiving vague confirmation that he was planning to visit Dayton.

"He said sometime this week," she said. "I've heard that he's coming Wednesday but I have not gotten a call. And you know he might be going to Toledo, I don't know."

Her biting comment alluded to the fact that, in his address to the nation about the recent mass shootings, Trump said: "May God bless the memory of those who perished in Toledo." Toledo, another city in Ohio, is more than 100 miles away from Dayton.