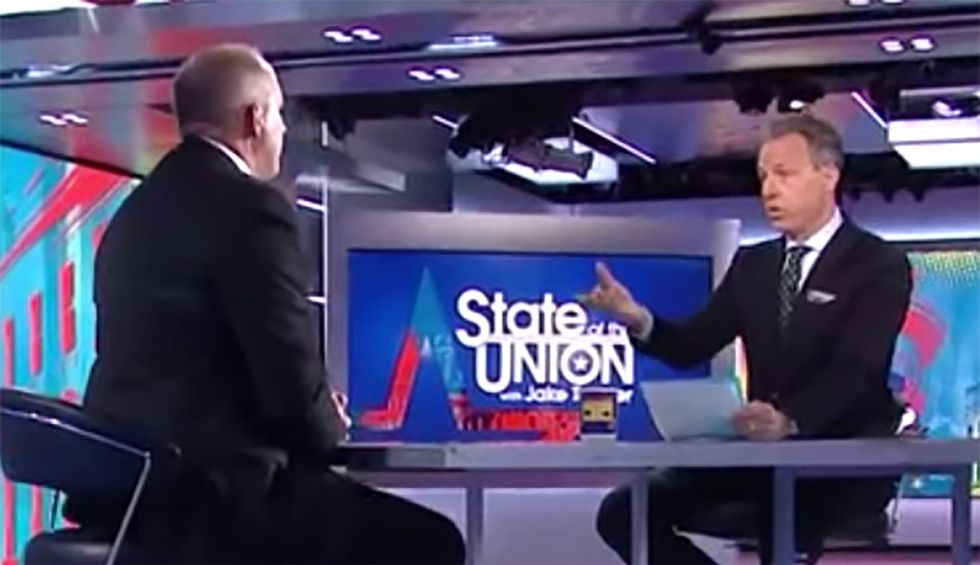 An already contentious “State of the Union” interview grew more heated on Sunday morning when CNN’s Jake Tapper confronted the acting Commissioner of U.S. Customs and Border Protection over why his agency has turned a “blind eye” to businesses owned by Donald Trump that have been employing undocumented workers.

Speaking with Mark Morgan, who defended the raids in Mississippi earlier this week – which Morgan denied were “raids” — Tapper confronted him with multiple reports of Trump properties flaunting the lawe and employing undocumented workers.

“There have been zero raids on any of those companies despite headline after headline,” Tapper continued. “It’s like you are turning a blind eye to this crime being committed by the president’s own companies.”

“I’ve been in law enforcement for over 25 years so first of all again i’m the commissioner of CBP, ” Morgan shot back.

“I understand. but you were head of ICE until recently,” tapper parried.

“That is correct,” Morgan conceded. “But I could tell you is, is that in my 25 years, I take offense to say anybody is violating the law. I’ve been doing it for a long time and have never known anybody in law enforcement to turn a blind eye to someone committing a crime.”

“So you really can’t say that for sure,” Morgan claimed. “Because there are investigations going on all of the time that you’re unaware of and we shouldn’t be aware of those investigations.”

“So those investigations should be done without notifying everyone because, of course, it will jeopardize the investigation if I come on here and talk to you about an investigation that’s going on,” he demurred.