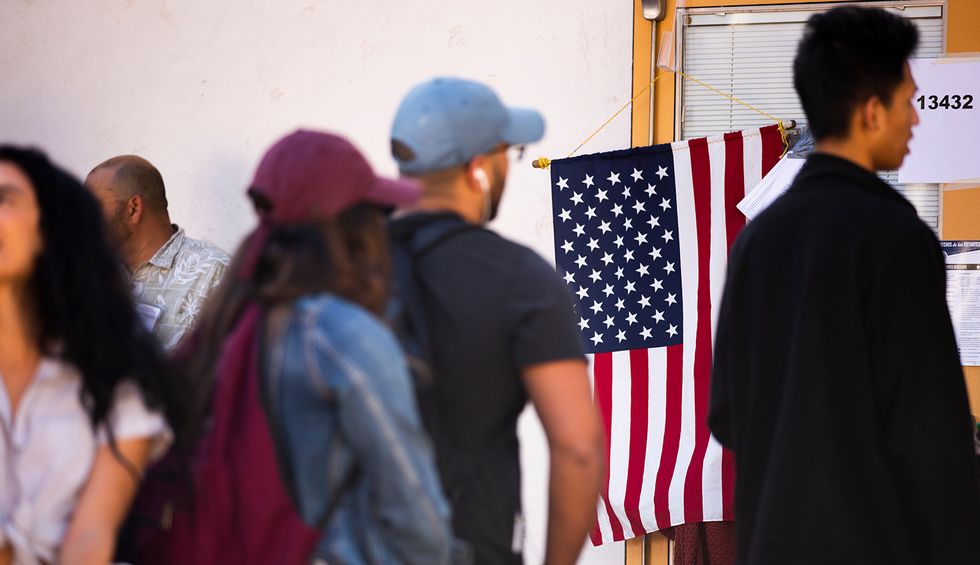 The most prominent promise of Donald Trump's 2016 presidential bid is now looming large over his reelection effort. The big beautiful stretch of wall that he pledged would span the entire southern border on Mexico's dime is effectively nowhere to be found. "To date, not a single mile of wall has been built where no barrier previously existed," Axios reports, explaining that the "new" wall the administration has been referring to is simply a replacement structure for previous fencing.

After bumbling through his first two years of unilateral GOP control and presently being blocked at every turn by Democrats, Trump is more than a little desperate to make at least some progress on his No. 1 campaign promise. So desperate, in fact, that he is ordering administration officials to take the law into their own hands now and he'll hand out pardons later. Whatever it takes—fast-track contracts, seize private land, violate environmental rules. “Don’t worry, I’ll pardon you,” Trump has told multiple aides.

In other words, Trump is encouraging government officials to break the law so that he can win reelection. Sound familiar? That's right—that was also his 2016 roadmap to victory. When he instructed his former fixer Michael Cohen to make undisclosed hush money payments in order to defraud the American people before they voted, he was ordering his personal aide to break the law so he could win election. The difference now is that he doesn't have just one fixer to rig the system in his favor. Now Trump is utilizing the entire government apparatus to do his illegal bidding.

And then there's the case of Russia and illegally inviting election help from a foreign entity. Trump did it in 2016 with his "Russia, if you're listening" routine, and he's at it again this cycle—putting the presidency up for a sale in an interview with ABC's George Stephanopoulos. If someone from a foreign country called with dirt on his opponent, Trump said, "I think I’d want to hear it," Trump said.

So Trump is going to break the law to deliver on a preposterous campaign promise that he never had the governing chops to accomplish in the first place. And then Trump is going to accept foreign aid to manipulate the electorate by any means possible in order to secure reelection.

Trump has never accomplished anything in his life without some form of cheating. But cheating when it comes to federal elections and governing usually involves committing illegal acts. That was Trump's game plan in 2016 and it worked well enough to put him in office even if he didn't win the popular vote. Trump is now executing the same playbook for 2020 because he knows he hasn't done a good enough job as president to prevail based solely on what he's delivered to the American people.