‘Trump made me do it’: Former federal prosecutor warns violent extremists inspired by the president have a new line of defense 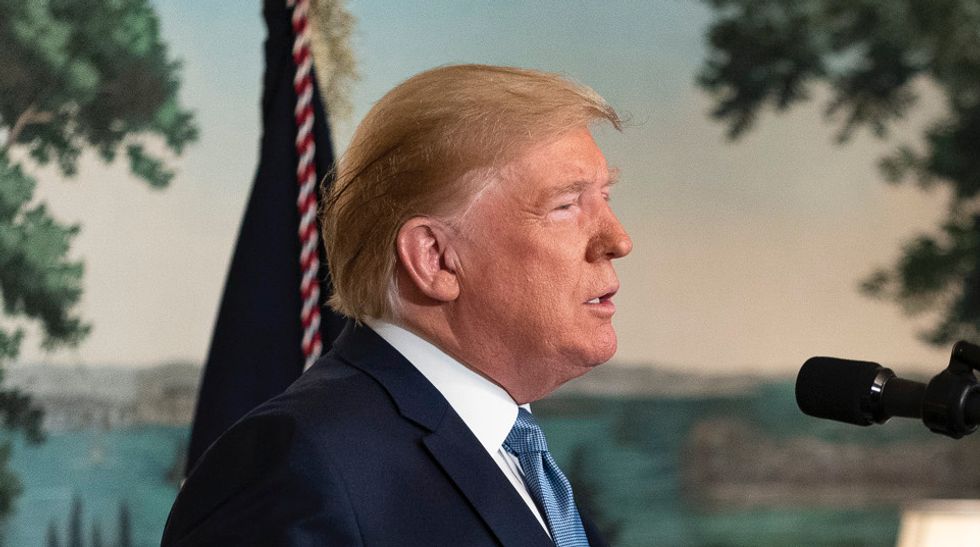 This week, far-right terrorist Cesar Sayoc — who admitted to mailing a series of pipe bombs to a long list of prominent Democrats as well as CNN in October 2018 — was sentenced to 20 years in federal prison. Judge Jed S. Rakoff’s sentence was relatively lenient, as prosecutors were pushing for a life sentence. One of the arguments that Sayoc’s attorneys made on his behalf was that he believed he was acting in defense of President Donald Trump, and former federal prosecutor Mimi Rocah stresses in an article for NBC News’ website that Sayoc probably won’t be the last domestic terrorist to use a “Trump made me do it” line of defense.

“Sayoc is the most high-profile defendant to at least partially blame Trump’s rhetoric in a court of law,” Rocah explains in her article. “But he’s unlikely to be the last, especially when you expand the legal defense to include other conspiracy beliefs shared by some of Trump’s most ardent supporters.”

Rocah notes that in Sayoc’s case, the “Trump made me do it” argument was “not really” successful, as Rakoff’s decision to give Sayoc a relatively light sentence was mostly based on other factors. Nonetheless, Rocah asserts that “it certainly didn’t hurt his attempt to procure a lighter sentence.”

The GOP notion that terrorist plots by far-right white nationalists are somehow less dangerous than terrorist plots orchestrated by Islamist extremists like al-Qaeda and Boko Haram is disproved by Sayoc’s plot — which was as ambitious as it was evil. The people he targeted for pipe bombs ranged from two former presidents (Bill Clinton and Barack Obama) to U.S. senators (Kamala Harris and Cory Booker) to former Vice President Joe Biden to CNN.

Roach discusses another case in which a “Trump made me do it” claim has been made. On Staten Island, QAnon conspiracy theorist Anthony Comello is accused of murdering Gambino family mob boss Francesco “Frankie Boy” Cali for political reasons. Comello, according to his lawyers, believed Cali “was a prominent member of the deep state” — and Comello defense attorney Robert Gottlieb said that the defendant “believed he was a chosen vigilante of President Trump.” Comello’s attorneys are arguing that he didn’t view killing Cali as a murder, but as a “citizen’s arrest” made in defense of the president of the United States.

Rocah concludes her piece by noting that Trump’s defenders have insisted that his rhetoric isn’t inspiring white nationalists to commit acts of terrorism. Nonetheless, the MSNBC/NBC legal analyst and former Southern District of New York prosecutor stresses that the president needs to choose his words more carefully.

“No other president in recent memory has used the largest bully pulpit in the world in the way that Trump has,” Rocah asserts. “Trump’s words have consequences, as suggested again this weekend by the El Paso shooter’s virulently anti-immigrant manifesto. The president and his surrogates have argued that he doesn’t direct people to commit violence. But, clearly that can’t be the standard to which we hold the president. There can be no question that his rhetoric has contributed to a dangerous cultural moment in America.”