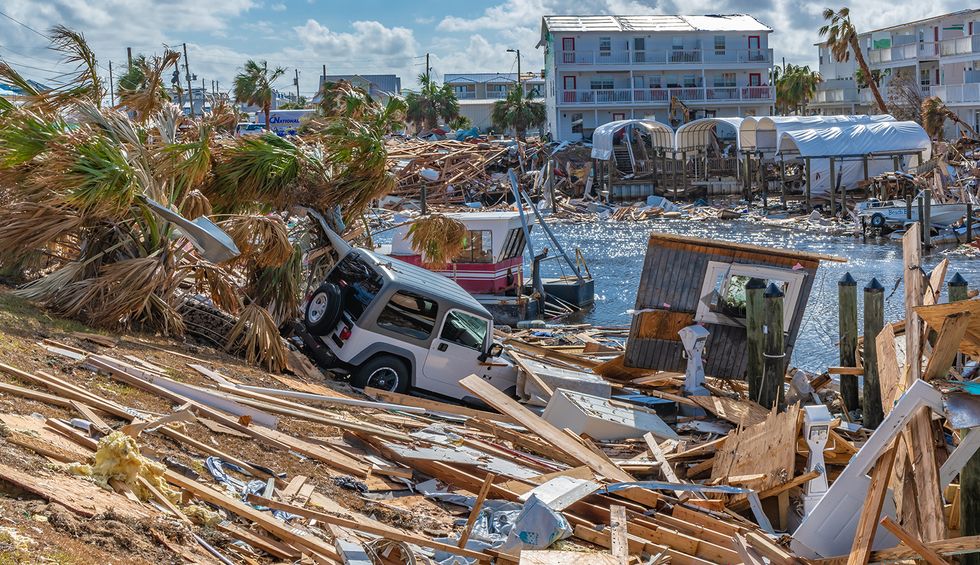 The Trump administration is taking millions of dollars from the Federal Emergency Management Agency’s Disaster Relief Fund and rerouting the monies to strengthen its migrant operations and build more temporary hearing locations for asylum-seekers in Mexico, literally hours before a hurricane is expected to hit land in Puerto Rico, and later, in Florida.

$271 million will be pulled from the Dept. of Homeland Security, including $155 million directly from FEMA’s operations, CNN adds, “to support its policy of returning some migrants to Mexico.”

“Combined with existing space, the funding would allow ICE to detain nearly 50,000 immigrants at one time,” NBC News reports. “ICE would gain $155 million, all from FEMA’s Disaster Relief Fund.”

Earlier Tuesday afternoon President Trump tweeted an attempt to deny Puerto Rico emergency funds while blaming the U.S territory for sitting in the path of tropical storms and hurricanes and lying about funding he claimed they have already received.

2,975 people in Puerto Rico died during and after 2017’s Hurricane Maria, thanks in part to the Trump administration’s botched operations and lack of concern.