Trump is taking away emergency relief money to fund his priorities at the border: report 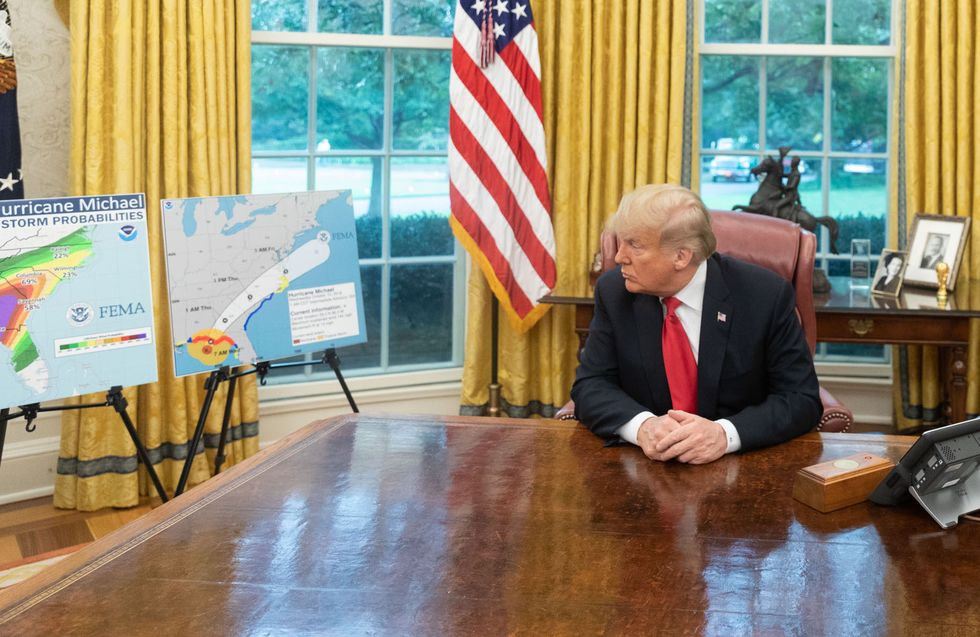 With the 2020 election only 15 months away, President Donald Trump is determined to keep reminding his base that he is tough on U.S./Mexico border security. And the Trump Administration, according to NBC News, is shifting $271 in federal funds — including funding for the Federal Emergency Management Agency (FEMA) — in order to fund additional immigrant detention space and temporary hearing locations for those seeking asylum.

According to a letter from Rep. Lucille Roybal-Allard of California, ICE would gain $155 million. The funds would not only be taken from FEMA, NBC News is reporting, but also, from the U.S. Coast Guard.

A DHS official, quoted anonymously, told NBC News, “We would not say this is with no risk, but we would say that we worked it in a way to…. minimize the risk. This was a must-pay bill that needed to be addressed.”

The additional space for detainees combined with existing space, according to NBC News, would allow ICE to detain almost 50,000 people at the same time.

Roybal-Allard is critical of this shifting of federal funds. NBC News quotes her as saying that “there is no substantiation” that “this transfer is necessary.” And Sen. Jon Tester is critical as well: in an official statement, the centrist Montana Democrat said, “I have grave concerns about DHS’ proposed end-run around laws passed by Congress that would drain millions from agencies tasked with protecting the homeland from security threats and natural disasters like hurricanes and wildfires — including CBP, TSA, FEMA and the Coast Guard.”