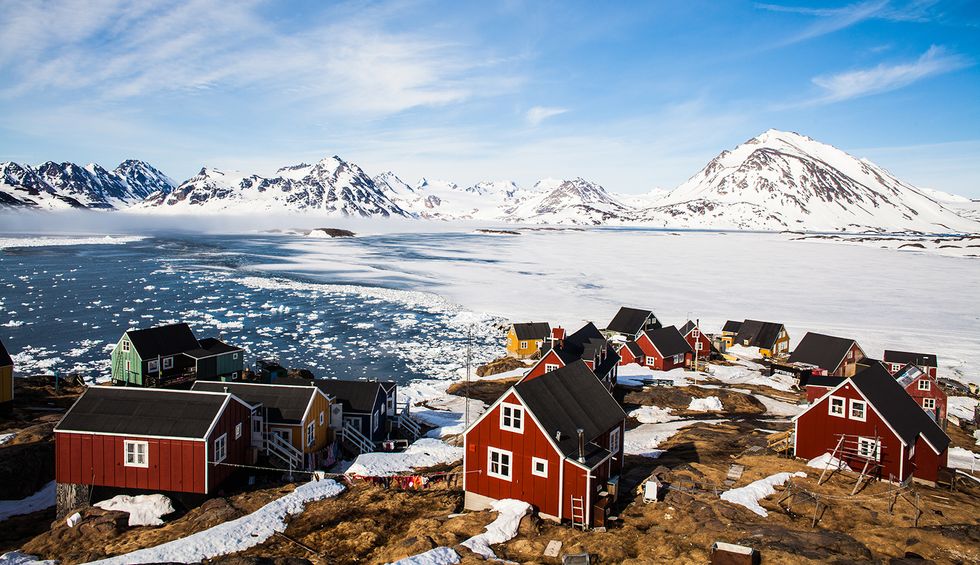 When reports surfaced last week that Donald Trump is interested in having the U.S. buy Greenland, the world’s response was pretty much “OMG WTF no really? Really? That’s ridiculous.” But after a few days of those reactions, Trump confirmed his interest in buying the self-governing territory of Denmark. After all, “essentially, it’s a large real estate deal,” he said Sunday, although he did hedge that “It’s not number one on the burner, I can tell you that.”

Seriously, this is the official line: Hey, he’s a real estate guy! He knows a nice piece of property when he sees it! It could get even better—there are golf courses there.

The people involved in that nice piece of property continue to push back hard. Danish Prime Minister Mette Frederiksen said, while visiting Greenland, that “Greenland is not Danish. Greenland is Greenlandic. I persistently hope that this is not something that is seriously meant.” But yes, it is seriously meant, inasmuch as Donald Trump can ever be said to be really serious about anything but bigotry and personal profit. Then again, another comment from Frederiksen illuminated why this impulse to buy a place with a population that’s overwhelmingly Inuit is so creepy—and potentially linked to Trump’s deep-seated racism: “Thankfully, the time where you buy and sell other countries and populations is over.”