Trump called grieving El Paso mayor a ‘RINO’ for fact-checking the president’s bogus claims about crime in his city: interview 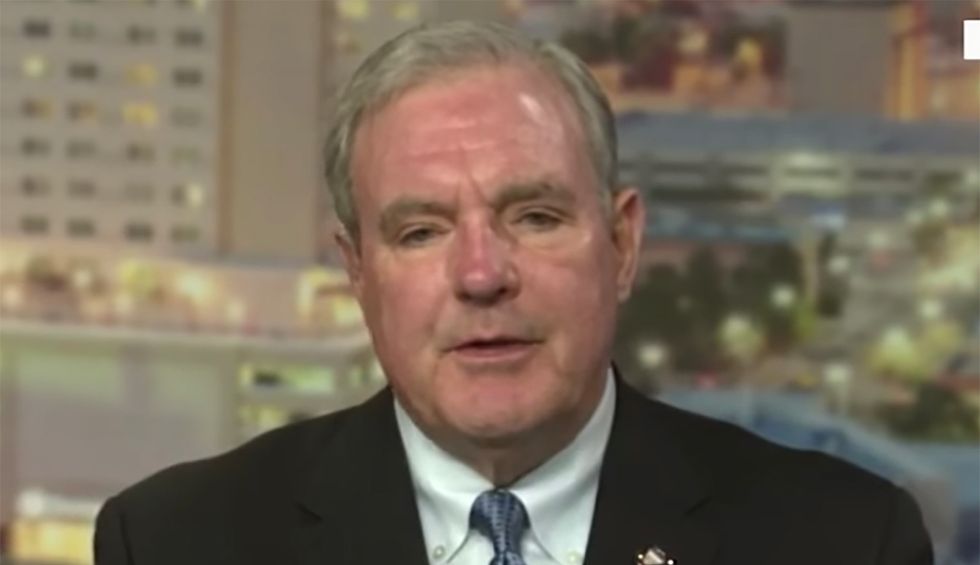 Whenever Republicans show signs of individual thought or are deemed to be insufficiently extreme, they run the risk of being described as a RINO: Republican in Name Only. And when El Paso Mayor Dee Margo was interviewed for PBS’ “Frontline,” he said that President Donald Trump had used that term to describe him during a conservation earlier this month.

Margo is the GOP mayor of a predominantly blue city: although Texas is considered a red state, major urban centers like Houston, Austin, Dallas, San Antonio and El Paso tend to elect more Democrats than Republicans locally. But while Margo is a Republican, he has not had a good relationship with Trump.

When Trump gave his 2019 State of the Union address in February, he claimed that El Paso “used to have extremely high rates of violent crime” before portions of U.S./Mexico border fencing were built — which was misleading because El Paso has long had some of Texas’ lowest crime rates, especially for a major city. And the thin-skinned Trump doesn’t like the fact that Margo has fact-checked him.

During the “Frontline” interview, Margo revealed that when Trump visited El Paso following an August 3 terrorist attack in that city that left 22 people dead, the two of them had a private conservation — and Margo asserted that Trump had made “misleading” statements about the city.

Trump, according to Margo, took offence and said, “You’re a RINO” — to which Margo responded, “No, sir, I am not a RINO.” Margo said he told Trump that he had “simply corrected” the president’s “misinformation.”

Margo told “Frontline” that El Paso is “one of the safest cities in the country, but we have been before the fence went up.”