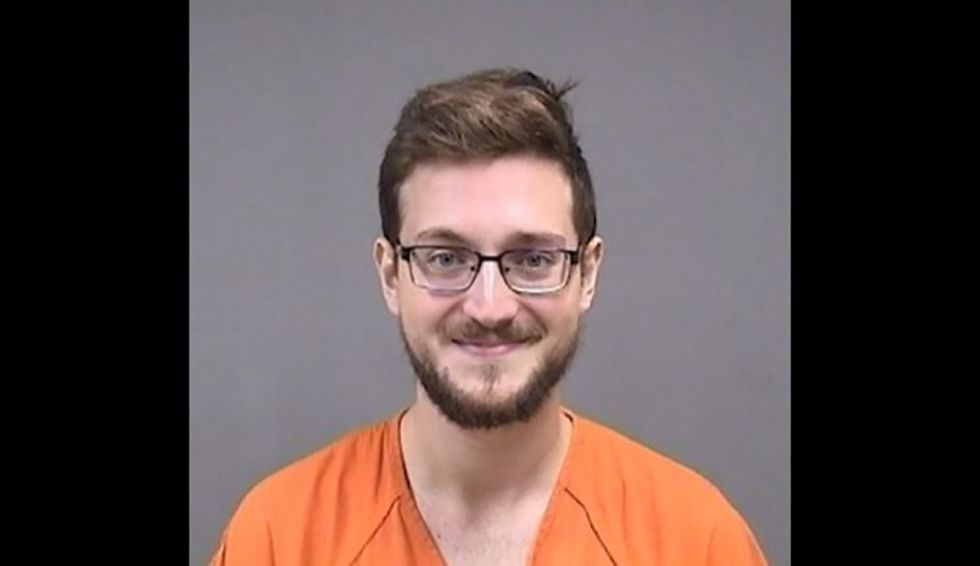 A federal prosecutor based in northern Ohio went viral for all the right reasons Thursday, after delivering an unapologetic dose of anti-racism alongside an otherwise uneventful reading of a single charge against a would-be mass shooter.

Reardon is a known attendee of the violent 2017 Unite the Right rally in Charlottesville, Virginia, that led to the tragic death of counterprotester Heather Heyer at the hands of another young Ohio man with a history of similarly hateful views. Station WKBN in Youngstown reports that Reardon “was interviewed for a [National Geographic] documentary and said that he was a white nationalist, he wanted to see a homeland only established for whites and that his parents did not agree with his opinions.”

The swift investigation into the video began the afternoon before Reardon’s arrest, after a tip to his hometown police department from a former friend. He was initially held on a $250,000 bond, and was arraigned Aug. 19 on charges of local telecommunications harassment and aggravated menacing. He now faces an additional federal count of transmitting threatening communications via interstate commerce.

Which brings us back to Herdman. He took to his podium and read the single charge against Reardon in just a few seconds. Then, after a nod to law enforcement, this U.S. attorney—who was appointed by Donald Trump in 2017 and enjoyed relative anonymity before this press conference—spent the rest of his time addressing white nationalists across the nation, in a way that the current president must, but likely never will.

You can watch ABC News’ edited version below.

First, Herdman made it clear that he was done talking to law enforcement and to the general public. Then he made sure to coddle the white nationalists a bit, reminding them that he’s familiar with the First Amendment.

And then the throwdown began.

Now let me speak generally to those who are advocates for white supremacy, or white nationalism.  I am talking directly to you.  The Constitution protects your right to speak, your right to think, and your right to believe. If you want to waste the blessings of liberty by going down a path of hatred and failed ideologies, that is your choice.

“Waste the blessings of liberty” is such a reproachful yet effective way to challenge these most vile of Americans while extolling fabled American values.

Herdman then reminds the nation’s hate groups that they can keep trying to convince Americans to join them in their tiki-torch-fueled chants and violent plots to destroy the country, but that this nation has heard this unoriginal song before and has fought back again and again—with its lives.

Democracy allows you to test those ideas in the public forum.  If you want to submit your beliefs to the American people and get their reaction, please be my guest.  Keep this in mind, though.  Thousands and thousands of young Americans already voted with their lives to ensure that this same message of intolerance, death, and destruction would not prevail - you can count their ballots by visiting any American cemetery in North Africa, Italy, France, or Belgium and tallying the white headstones.  You can also recite the many names of civil rights advocates who bled and died in opposing supporters of those same ideologies of hatred.  Their voices may be distant, but they can still be heard.

Herdman echoes a common retort to grunts of “freedom of speech,” and turns similar shrieks about “inalienable rights” on their head.

Go ahead and make your case for Nazism, a white nation, and racial superiority.  The Constitution may give you a voice, but it doesn’t guarantee you a receptive audience.

Your right to free speech does not automatically mean that people will agree with you.  In fact, you have an absolute God-given and inalienable right to be on the losing end of this argument.

After reminding the nation’s Neo-Nazis of their rights, Herdman then tells them what rights they lack in the face of the rights of others.

What you don’t have, though, is the right to take out your frustration at failure in the political arena by resorting to violence.  You don’t have any right to threaten the lives and well-being of our neighbors.  They have an absolute God-given and inalienable right to live peacefully, to worship as they please, to be free from fear that they might become a target simply because of the color of their skin, the country of their birth, or the form of their prayer.

Referencing a couple of notorious hate crimes, as well as Reardon’s, the prosecutor then took a swing at the only thing that these cowards cling to as tightly as their racial identity: their toxic masculinity.

Threatening to kill Jewish people, gunning down innocent Latinos on a weekend shopping trip, planning and plotting to perpetrate murders in the name of a nonsense racial theory, sitting to pray with God-fearing people who you execute moments later - those actions don’t make you soldiers, they make you criminals.  Law enforcement doesn’t go to war with cowards who break the law, we arrest them and send them to prison.

Herdman then listed and celebrated the variety of positions that make the current (and extremely flawed) criminal justice system work, as well as the diversity of the people who fill those positions across the United States. The ABC feed launched an ill-timed zoom just then, revealing the local authorities involved in the Reardon case standing behind Herdman. They all appeared to be white men, like Herdman himself, contradicting his words—but that doesn’t dilute the real meat of his point.

Together, we are united to ensure that you commit no further acts of violence in the name of your beliefs.  When you wake up tomorrow morning, no matter what time, I want you to remember something.  You can’t set your alarm clock early enough to beat us out of bed.  The men and women of law enforcement don’t wake up.  We never went to sleep.  We are always awake.  And arm in arm with the public, when your hatred leads you to break the law, we will do everything we can to be there to stop you.

That’s a little intense. But in the war against white nationalism, it would be nice to know that law enforcement is on the side of the good guys, even if time and time again, police departments across the country are found to be part of the problem.

Still. What a speech, by the rock-bottom standards of these times, which feature an arguably lower faith in law enforcement. It’s frustrating, and unacceptable, that public stances like this are still rare enough to be deemed worthy of celebration. Again, this is the sort of statement that Donald Trump should have made years ago, once he realized that white nationalists were hanging on his every word … but he didn’t.

Herdman’s speech was generally well-received on Twitter, so much so that even former Deputy Attorney General Rod Rosenstein tried to ride that goodwill wave.

Just one example of our Justice Department's work: "They have an inalienable right to live peacefully, to worship a… https://t.co/seOaChz3sN
— Rod Rosenstein (@Rod Rosenstein) 1567111951.0

The ABC News video isolates the portions most relevant to the fight against white nationalism, but it’s worth noting that Herdman also highlighted the importance of saying something when one sees something, pointedly referencing recently thwarted crimes in the area.

“These types of cases rely on very two important people—a concerned citizen and a responsive law enforcement officer.  Fortunately, we have both of those in abundance in northern Ohio,” Herdman said before thanking the police in the room.

You can find the entire transcript of Herdman’s remarks on the DOJ website.