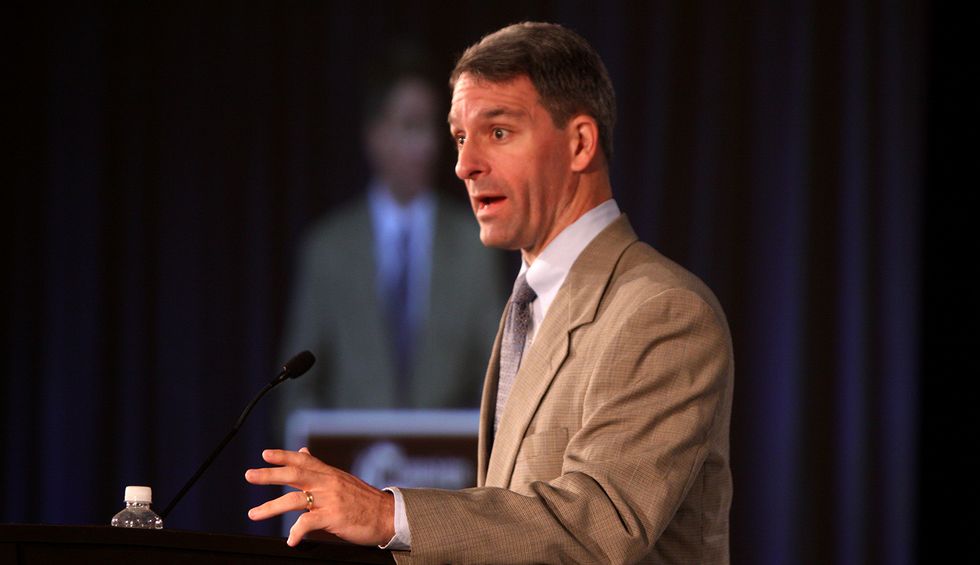 Continuing his efforts to put a right-wing and racist spin on the welcoming message etched on the Statue of Liberty, President Donald Trump’s acting immigration chief Ken Cuccinelli told CNN Tuesday night that the famous poem by Emma Lazarus—”Give me your tired, your poor, your huddled masses yearning to be free”—refers specifically to Europeans.

After CNN anchor Erin Burnett quoted directly from the poem, Cuccinelli claimed it is “referring back to people coming from Europe where they had class-based societies, where people were considered wretched if they weren’t in the right class.”

As HuffPost‘s Sarah Ruiz-Grossman pointed out, however, the “poem itself describes the Statue of Liberty by saying, ‘From her beacon-hand/Glows world-wide welcome.'”

Cuccinelli’s remarks in defense of the Trump administration’s so-called “public charge” rule—which would deny permanent residency to immigrants who have used public benefits like food stamps and housing assistance—sparked furious backlash, with progressives and presidential candidates slamming the comments as explicitly racist.

Beto O’Rourke, a 2020 Democratic presidential candidate, said Cuccinelli’s remarks amounted to an admission by the Trump administration of “what we’ve known all along.”

“They think the Statue of Liberty only applies to white people,” O’Rourke tweeted.

This administration finally admitted what we’ve known all along: They think the Statue of Liberty only applies to w… https://t.co/zueMyEyYCV
— Beto O'Rourke (@Beto O'Rourke) 1565745110

Cuccinelli’s CNN appearance came just hours after he rephrased Lazarus’ poem during an interview on NPR.

“Give me your tired and your poor who can stand on their own two feet and who will not become a public charge,” Cuccinelli said.

In response to Cuccinelli’s NPR interview, historian Annie Polland—executive director of the American Jewish Historical Society, which has the original manuscript of Lazarus’ poem—condemned Trump’s immigration chief for attempting to rewrite history in service of a xenophobic agenda.

“To see how something so expressive of the country’s greatest ideals, to see how it could be so contorted or distorted, is really, I think dismay is the only word,” Polland told HuffPost.