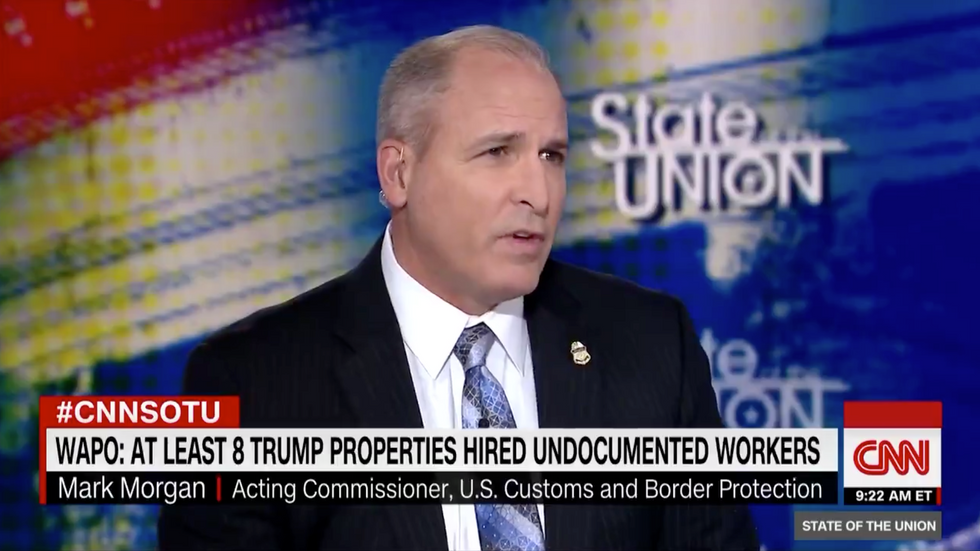 A top federal immigration official refused to say if Donald Trump and his businesses are also under federal investigation for exploiting undocumented immigrant labor, following a series of Immigration and Customs Enforcement raids in Mississippi that swept up nearly 700 food processing plant workers, separated families, and left children crying for their parents.

Acting Customs and Border Protection commissioner and former acting ICE director Mark Morgan instead deflected, claiming to CNN’s Jake Tapper that “you really can’t say that for sure” something isn’t happening behind the scenes already. “There are investigations going on all the time that you’re unaware of,” he said. “Of course it’s going to jeopardize the investigation if I come on here and I talk to you about an investigation that’s going on.”

Right, he can’t comment even generally when Trump himself went onto Twitter a couple of weeks ago to threaten a series of raids targeting “millions” of families across a number of U.S. cities, and he can’t comment even generally when the Trump Organization’s exploitation of undocumented immigrant labor is brazen. “Since January,” reporters with The Washington Post have “interviewed 43 immigrants without legal status who were employed at Trump properties,” most recently a group of construction workers.

Some who have bravely stepped forward have said management got them false documentation and then abused them, including threatening them with deportation. Legal experts have said that because these workers were exploited and abused, they are in fact victims of a crime and may be eligible for a special visa. “The media reports that the New York and the New Jersey Attorneys General’s offices are looking into the pattern and practice of illegality and abuse,” America’s Voice noted.“Not surprisingly, no such investigation is happening at the federal level.”

Unscrupulous employers like Trump and the Mississippi plant operators get off scot-free while continuing to treat hardworking immigrants and their families as disposable. In fact, one of the plants operated by Koch Foods Inc.—which last year had to settle a lawsuit launched by Latina workers who alleged racism and sexual harassment—plans to hold a job fair to recruit more workers.