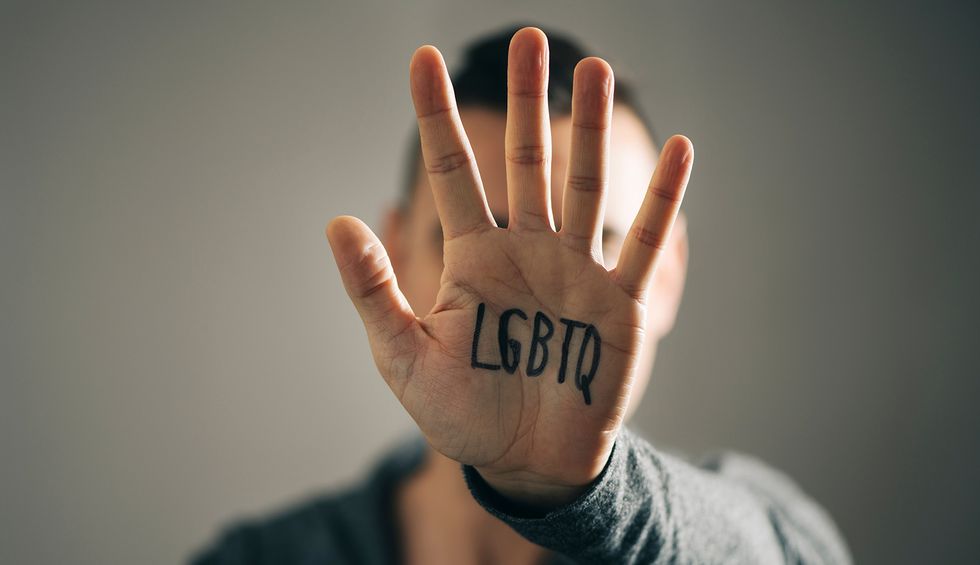 Just in case you wanted to believe that the Trump administration isn’t on a campaign to trample rights for Americans, here comes the Labor Department to shove a grapefruit in your face.

Labor officials have made public a new rule—no Congress, needed, thank you—to allow companies contracting with the federal government who are “religion-exercising organizations” to ignore federal laws protecting the rights of gays, transsexuals, and who knows who else in hiring or workplace practices. Religious employers and companies with “closely held” religious ties now will be shielded from claims of bias in court or other law enforcement actions, says the rule.

Specifically, the word came from the Office of Federal Contract Compliance Programs, which started talking about this approach last year, drawing a long list of civil rights complaints from around the country, from the ACLU, the Anti-Defamation League, and the NAACP in addition to groups specifically carrying LGBTQ credentials. Indeed, the issue pitted one government agency against another as the Equal Employment Opportunity folks did battle with the Department of Justice. Those groups will have this in court faster than you can say The Most Rev. Justice Suspended.

Apparently, it’s not enough to have the listed job qualifications. Now you’ll have to have to promise to pretend you’re someone you’re not. Just where is the list of what you can’t do and still stay employed?

When did it come about that the only way you can enjoy or pursue your idea of a God or of a heavenly record of good deeds is at the expense of someone else?

For the record, you have until Sept. 16 to submit public comment on this before it automatically becomes enacted.

Here’s what the Labor Department says: “The proposed rule is intended to clarify the longstanding civil rights protections afforded to religious organizations that contract with the federal government. The proposal would ensure the ‘religious protections are given the same federal recognition as all other civil rights.’”

Labor says the rule is intended to make clear that religious employers can condition employment on acceptance of or adherence to religious tenets without sanction by the federal government, provided that they do not discriminate based on other protected bases. They don’t say how someone does that.

The logic of the Labor Department is that since the Civil Rights Act of 1964, there have been various statutes, Supreme Court decisions and Executive Orders that have left the issues muddled and that this rule is meant to provide guidance. Indeed, recent Supreme Court decisions have backed cakemakers who don’t want to bake for gay wedding customers and the Hobby Lobby folks and churches who objected to the inclusion of contraception in required health insurance. A White House Faith and Opportunity Initiative, along with U.S. Department of Justice guidance, likewise instructed federal agencies to protect religious exercise and not impede it.

“In keeping with that rich history, the proposed rule would clarify that religious organizations may make employment decisions consistent with their sincerely held religious tenets and beliefs without fear of sanction by the federal government. The proposal also reaffirms employers’ obligations not to discriminate on the basis of race, sex, or other protected bases and does not exempt or excuse a contractor from complying with any other requirements,” the Labor Department explains. That office within Labor is supposed to enforce anti-discrimination employment laws—for protected classes of workers identified on the basis of race, color, religion, sex, sexual orientation, gender identity, national origin, disability or status as a protected veteran.

Apparently, unless the company prays.

We know that workplace protections for LGBTQ employees have been hotly debated under the Trump administration. After Donald Trump said a federal ban on sex discrimination doesn’t include sexual orientation and gender identity bias, the Justice Department overturned its own position under the previous administration.

The Supreme Court has three cases on the docket for the fall to test employment bars based on sexual orientation or gender identity. On Friday, the Department of Justice weighed in on the side of making it okay to fire an employee—this case involves a funeral home—just for moving towards transsexual surgery.

Curiously, the adjacent news release on the Labor Department’s website described a recent court conciliation agreement reached by this office with a technology company by which the federal contractor was forced to pay $175,000 in back wages to resolve claims of systemic hiring discrimination at its Portland, Oregon facility. That case involved more than 1,000 women, black and Asian-American applicants.

Last year, the same office launched a contractor assistance portal as a source of online help in how to take the best advantage of the rules.

How about this for a rule: Let’s keep religion out of government, like the Constitution says.