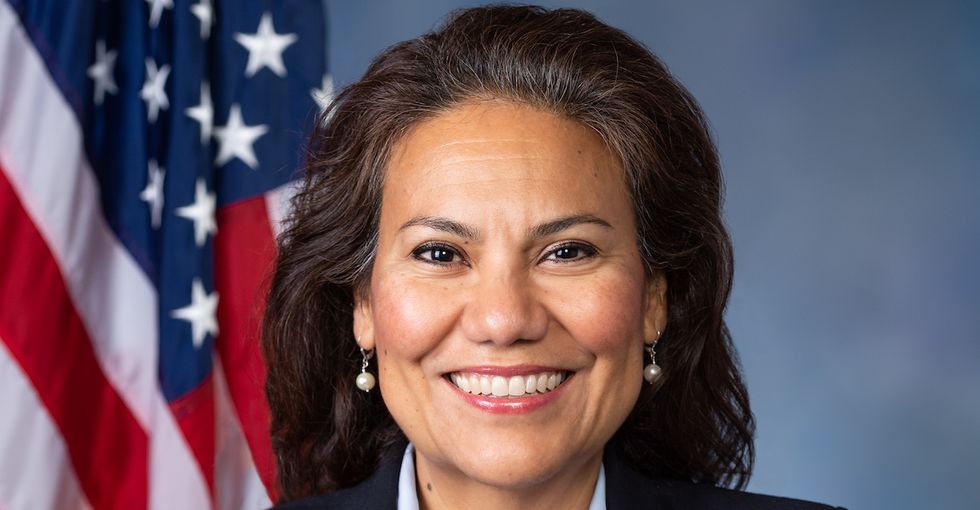 Despite local objections, President Donald Trump is scheduled to travel to El Paso, Texas, on Tuesday in the wake of the weekend massacre.

Democratic Texas Rep. Veronica Escobar, whose district includes most of El Paso, is declining an invitation to participate in the visit after being brushed off by the White House over a simple request of the president.

"I requested a phone call with [Trump] today in order to share what I have now heard from many constituents, including some who are victims of Saturday’s attack," she explained on Twitter. "My message would’ve been that he needs to understand that his words are powerful and have consequences. Using racist language to describe Mexicans, immigrants and other minorities dehumanize us. Those words inflame others."

Instead, she said, she will spend time with members of her community "dealing with the pain and horror left in the wake of this act of domestic terrorism fueled by hate and racism."

Escobar isn't the only one to bristle at a presidential visit. Presidential candidate Beto O'Rourke, who previously occupied Escobar's seat, similarly said that Trump wouldn't be welcome. And Nan Whaley, the mayor of Dayton, Ohio, which also experienced a mass shooting this weekend, seemed ambivalent about Trump's plans to fly in and said she welcomed members of her community who choose to protest him.

NBC News reported that some Latino residents of El Paso were outraged that Trump hasn't recognized the attack as related to their race and ethnicity:

“We’ve got dead bodies. The majority are Hispanic. Some are foreign nationals from Mexico and we got a manifesto describing what he intends to do and why,” said state Rep. Cesar Blanco, a Democrat who represents El Paso.

“He’s choosing his words without saying Hispanic or immigrant and making it about other things,” Maynard said. “He’s been having these racist comments. When it comes time to defend the community, of course we are not going to hear him say anything about the Hispanic community.”