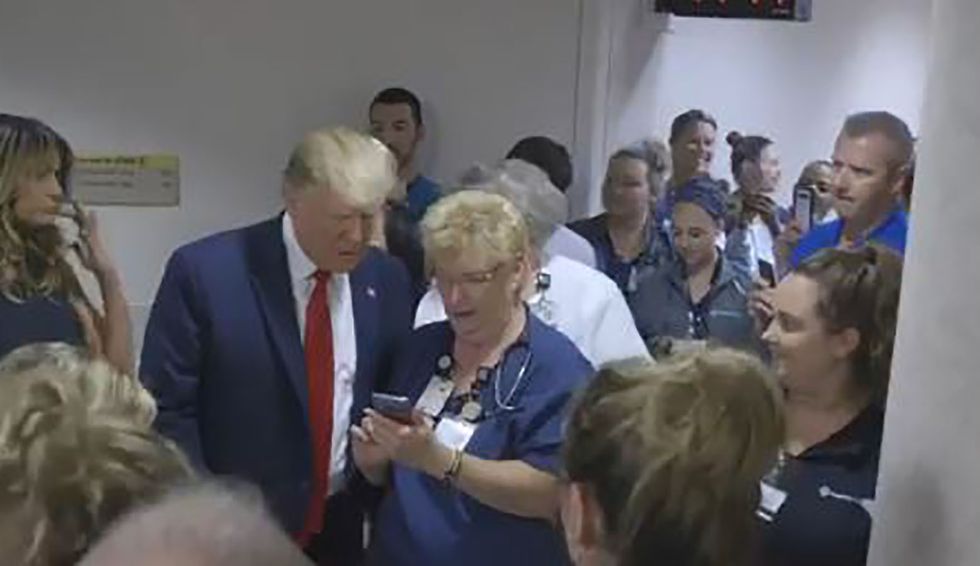 “Most people — they would, I suspect, will not say that publicly — will privately admit this was something of a debacle, these are not the headlines they wanted to see,” said Haberman. “They wanted him to go in and behave differently.”

“The goal was to get in and get out with as little news as possible,” said Haberman. “He did that in Pittsburgh, where there was also controversy after the shooting there. He was much more able to stay calm. Yesterday, he couldn’t stop watching television news where Democratic candidates were attacking him, and this is part of the process. To your point there was no sort of visible presence at the federal government in a meaningful way as the shootings were taking place and the day after the president was at his club at Bedminster, he crashed a wedding that was taking place there. This is something any president would have been criticized for — Barack Obama, George W. Bush — but this president reacts poorly to criticism, and he lashed out.”

“Just to be clear, the people that did meet with him, there was a positive response,” said Berman. “Nan Whaley, the mayor of Dayton, made that clear yesterday. Not so much in El Paso. In El Paso, the victims didn’t want to meet with him.”

“They paired up with somebody on the ground in El Paso who knows the community really well, and said eight victims at the hospital did not want to meet with the president,” agreed Haberman. “It is true to be clear the mayor of Dayton appreciated that he was trying to make a gesture and be a leader, but on the other hand they did put out these campaign style videos of him meeting people at the hospital. This is inevitably going to come up for criticism.”