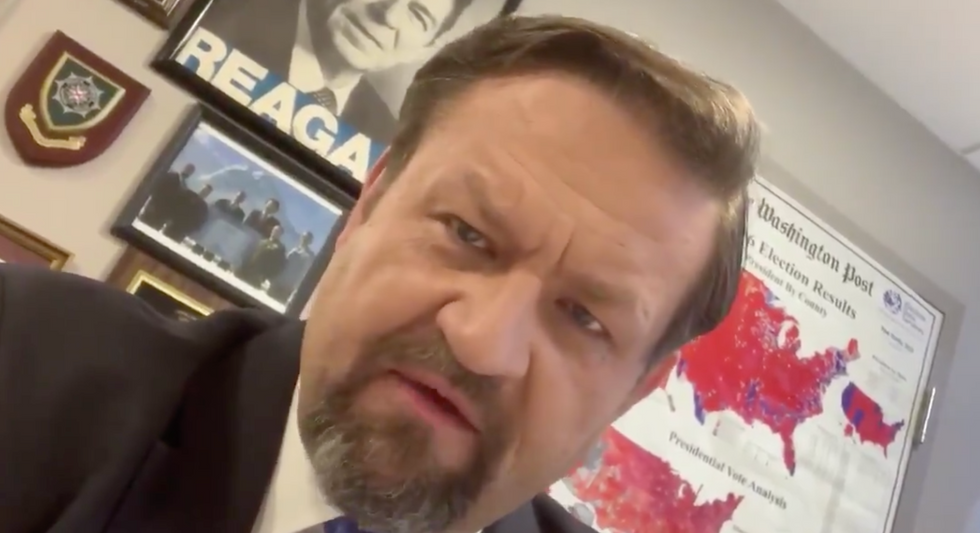 Despite a lack of any substantial evidence of his criminal guilt, right-wing media and many supporters of Donald Trump have long been calling for former FBI Director James Comey to be prosecuted for leaking his own memos of meetings with the president after he was fired in 2017. But multiple outlets, including the New York Times and Fox News, reported Thursday that Comey won't be fired for providing this information to the press, an act that triggered the appointment of Special Counsel Robert Mueller to oversee the Russia investigation.

According to Fox News, an official believed the decision not to prosecute "wasn't a close call."

Unsurprisingly, the pundits and observers who have long hoped to see Comey's head on a pike are not happy about the news.

Comey has become a favorite target of right-wing media. Though he was long a Republican, he outraged many in the GOP when he declined to bring charges against Hillary Clinton in 2016 as a part of the email investigation. Many conservatives have accused him of being in Clinton's pocket, even though his decision to send a letter announcing the reopening of the investigation of her emails less than two weeks before the 2016 election — an act that violated standard Justice Department protocol – likely made Trump president. Once Trump was president, of course, Comey became a subject of disdain on the right wing because of his role in the Russia investigation.

Others, too, expressed their surprise and dismay — despite the fact that it's well-known that prosecutors have to reach a high bar to bring such cases regarding the mishandling of classified information.

Swamp wins again: James Comey will get off with NO CHARGES after he illegally leaked memos and endangered US natio… https://t.co/PmGq1acVKd
— Charlie Kirk (@Charlie Kirk) 1564677449.0

(Comey was not Mueller's "best friend" and there's no reason to think Comey "flipped.)

The decision not to prosecute Comey must be especially jarring, given that Attorney General Bill Barr oversees the Justice Department and is clearly himself a devoted Trump partisan. If even this Justice Department won't prosecute Comey, there's likely be no plausible case against him. And for those fearful that Trump and Barr's DOJ might be turned into a weapon solely to use against his enemies, this apparent development should bring at least some reassurance that there are still reasonable voices in the administration.

In a curious twist of fate, Comey appears likely to avoid prosecution for the same reason Clinton did. The Hill contributor John Solomon reported that prosecutors "did not believe they had enough evidence of Comey’s intent to violate the law." Comey made the same determination that there wasn't sufficient evidence to conclude that Clinton's use of a private email server, which contained some classified material, constituted intentional mishandling of this information. Comey did, however, publicly criticize Clinton for being "extremely careless" with the information.