The real issue? Progressives need to do a better job at messaging 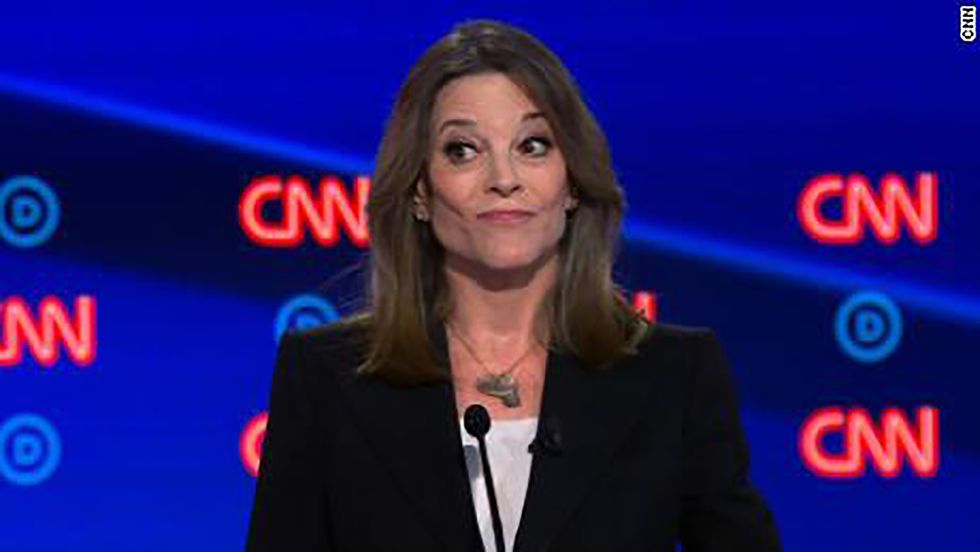 Ever since Reagan declared the markets to be the answer, and government to be the problem, we’ve been rolling back the New Deal policies which contributed to building a civil society, and shredding the controls that made democracy work.

It’s come to the point where congressional districts are routinely gerrymandered; where monied interests – not the will of the people -- decide who’s elected and what laws and policies are pursued; where legislation to make democracy work better disappear from view with nary a whisper of complaint from the corporate-owned media; where voters are caged; where impediments to voting are erected by petty autocrats; where a president’s Supreme Court nominee is ignored for a year and a half – again, with nary a whimper of complaint from we the people or the media we watch, listen to and read.

How can this be happening here in the land of the free and the home of the brave? Because money talks and the people walk. As a result, people simply don’t believe government works for them. And the evidence shows they are right. If government is indeed a wholly owned subsidiary of corporate America and the system is hopelessly rigged, why participate?

It’s almost unbelievable, but in Tuesday’s Democratic debate, Marianne Williamson, better than anyone on the stage, captured the number one issue that has been sabotaging democracy in America for decades, when she said:

The issue of gun safety, of course, is the NRA has us in a chokehold, the pharmaceutical companies, the health insurance companies, so do the fossil fuel companies, and so do the defense contractors. None of this will change until we either pass a constitutional amendment or pass legislation that establishes public funding for federal campaigns.

CNN’s pundits asked questions that were designed to generate heat at the expense of shedding light. But Williams was having none of it.  She dodged the gotcha questions and reframed the narrowly framed single issue questions to address the systemic problem facing America today.  To be fair, Sanders and Warren did, too, and have been for some time, but Williams was relentless in her focus and did it with a magnanimity that kept the focus on the issue of money in politics, not the candidates who won’t admit it’s the main problem.

And the fact that a we have a narcissistic, racist incompetent as President, and that no one in his party will stand up to him is a problem. But at the end of the day, Ms. Williams is right – these are symptoms. Money in politics is the real impediment to solving any of the problems we are facing, including the erosion of our system of government.

It’s this last issue that explains why hate, xenophobia, fear, blame and racism have been so effective that they get some 40 to 45 percent of Americans to vote for an ignorant buffoon, and why that buffoon can win with a mere 27 percent of the eligible voters.  When people are feeling powerless, a demagogue like Trump can leverage blame, hate, fear and anger and use it to mobilize the people who’ve been screwed by the system that used to work for them.  Those who aren’t conned by the hatemongers fall prey to a justifiable cynicism, and too often, stay home.

When Williams said, “I don’t think the Democratic Party should be surprised that so many Americans believe yada, yada, yada,” she captured exactly what the Democrats’ problem is – after decades of running as the people’s party, but representing elites and corporations once elected, they have little credibility when they talk about helping the average Joe or Jane.

The Democratic debates turned into an all-out war between progressives and centrists, and the centrist neoliberals used words like “fantasy,” “unrealistic,” and “fairy tale,” to describe things like Medicare for All – even though MFA and similar plans for universal coverage are no-brainers that are practiced in virtually every other developed country and in many developing countries as well; or to describe things like the Green New Deal – a program that is necessary to avoid mass extinction and destruction of the ecosystems which sustain us.  They used terms like “practical” and “realistic” to describe programs that are equivalent to medical extortion or ecological devastation.

As I explained in my book, WTF, America? How the US Went Off the Rails and How to Get it Back on Track this is all part of an effort to brand policies and programs that support people, not plutocrats, as fringe.  It’s part of a well-funded and longstanding campaign to put the interests of capitalism and capitalists above the people’s interest.  It uses techniques of rhetoric to distort, delude and confuse.

Which brings us to “Moscow Mitch” and Ms. Williams’ “Yada, Yada, Yada.” Both seem to have struck a nerve and resonated with the news media and the people. And both employ some of the tested techniques of rhetoric. Moscow Mitch uses alliteration, metaphor, and simple words to convey a deeper meaning. It doesn’t get much simpler than yada, yada, yada, and it, too, functions as a metaphor for something much deeper – the alienation and justifiable cynicism of the average voter. It has the advantage of being a well-known and popular meme that is readily understood by nearly everyone.

It’s not surprising that both these memes came from outside the party mainstream. Democrats have been notoriously inept at messaging. They still are.

Consider the debate about MFA. There are simple answers to the sound bites about “taking away your insurance plan” and “increasing your taxes.” No one cares about their insurance plan. They care about their doctors and hospitals, and under MFA, they get more choices for each. As for “tax increases,” MFA advocates need to reframe the payments as insurance premiums. If they did this, their answer to the “tax” question would go something like this. “Your choice is to pay a smaller premium to the government for better care, guaranteed coverage and access to more doctors and hospitals; or to pay a higher premium to private insurance companies for uncertain coverage, fewer choices, higher copays and inferior care."

Sanders has used the line about people preferring their doctors not their health insurance plans, but he didn’t in the debates. One of the key tenets of rhetoric is that repetition is an essential part of communicating ideas. Another is to reframe questions to address core issues.

Scarborough’s formulation captures the essential anti-freedom agenda of the Republican Party, and Williams’ showed progressives how to get out of the “gotcha” and single issue trap the media puts them in. I’m not suggesting that Democrats run Ms. Williams, or that progressives embrace Mr. Scarborough but they could learn a lot by just listening to them.