The politics of distraction: Republican and Democrats are both exploiting Trump's racism to avoid dealing with real issues 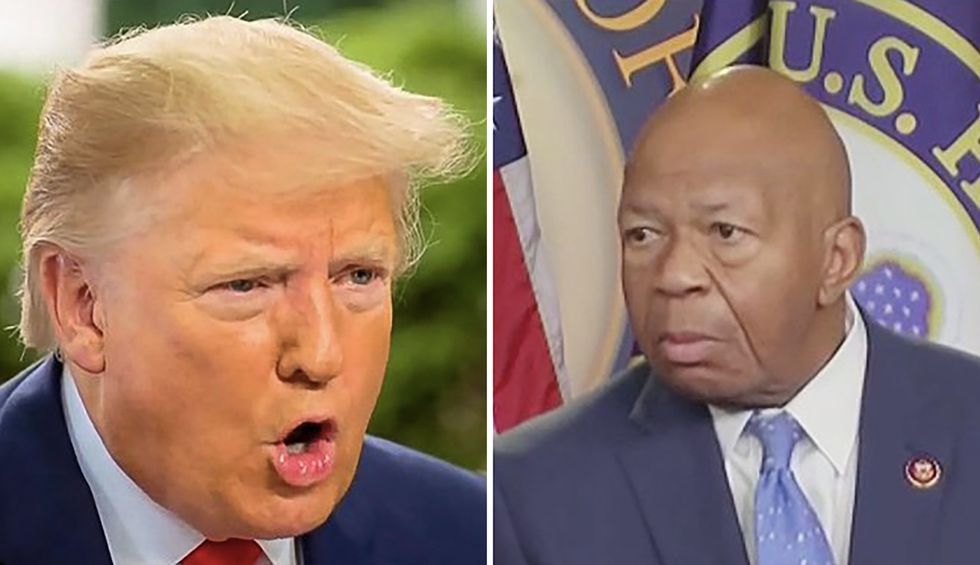 Last week, President Trump ignited perhaps his most vile and controversial tweetstorm yet.

He referred to the primarily black district of congressman Elijah Cummings as a "disgusting, rat and rodent-infested mess." Not surprisingly, both the mainstream media and the Democrats both challenged these claims and once again attacked Trump for his racism. The Baltimore Sun wrote in an editorial that "it's better to have a few rats than to be one," adding that Cummings, "has been a thorn in this president's side, and Mr. Trump sees attacking African American members of Congress as good politics, as it both warms the cockles of the white supremacists who love him and causes so many of the thoughtful people who don't to scream."

In the understandable uproar about these comments, much else of importance was missed. For instance, the director of national intelligence Dan Coats resigned to be replaced by Trump loyalist Representative John Ratcliffe who if his past statements are any indication will better to the Administration line on the Russian investigations and North Korea. Additionally, the Senate confirmed 13 more of Trump's Conservative judges, bringing the total number to 140 in his first term alone. A new report by the independent Environmental Working Group (EWG) revealed that the majority of his administration's recent $16 billion has gone to rich farmers, "exacerbating the economic disparity with smaller farmers."

It is indisputable that Trump has a history of racism. It is also clear that he uses sensationalist politically incorrect rhetoric to hide a deeper neoliberal agenda of deregulation and corporate power. Just as troubling is that the Democrats similarly exploit this racist spectacle for the same purposes.

Trump's racist comments are now so numerous that they can no longer be considered gaffes or misunderstandings. His use of the word "infested" evoked tried and true stereotypes of black Americans as being not just less privileged citizens but less than human. They play on entrenched and dangerous discourses of black Americans as being "unclean" and "unsanitary" that can be traced all the way back to the 19th century the US and continue to be prevalent unconsciously today.

Significantly, such racism is nothing new for US elites. Indeed only this week tapes were released of then Governor of California Ronald Reagan referring to Africans as "monkeys" to President Richard Nixon. In 1971, he reacted angrily to watching on TV members of Tanzania delegation dancing in celebration over the UN decision to recognize China, declaring, "To watch that thing on television, as I did, to see those, those monkeys from those African countries—damn them, they're still uncomfortable wearing shoes!"

This virulent and entrenched behind the scenes racism has been coupled with a history of dog whistle politics by Republicans and Democrats alike. Perhaps the most famous relatively recent example of this use of coded racism for political effect was Hillary Clinton's infamous warning of white American against inner city (read young black) "superpredators." While she later was forced to apologize for such language, it revealed an interesting and rather ironic truth about US politics—that Democrats strategically would strategically use radicalized euphemisms to their political advantage, whatever else their private beliefs may be.

What is so dangerous about Trump is how blatantly he traffics in explicitly racist overtones and statements. Whereas Democrats exploited the "soft" racism of White Centrist voters, Trump seems intent on emboldening the far right and white supremacists. If mainstream Democrats were forgiven by many for being pragmatic and the "lesser evil," Trump is celebrated by his supporters for being "authentic" and willing to tell the "truth" regardless of the political consequences.

Trump has turned his personal racism into an appealing political brand that preys on racial anxiety and white privilege. He is not just a racist, he also plays one on social media. Yet underneath this viral racism is a terrifying largely bipartisan agenda of elite rule and hyper-capitalist exploitation.

The Politics of Distraction

It is imperative to ask then what is not trending due to Trump's vile and viral racism. Democrats were quick to point out, for instance, the "real reasons" Trump kept up his vitriol against Cummings. As head of the House Oversight Committee, Cummings has the ability to investigate Trump and his family's potential financial misdoing, including just this week new subpoenas for the emails and texts of "high level White House officials had sent on their personal accounts discussing official business," evidence which could implicate his daughter Ivanka and his senior advisor as well as son in law Jared Kushner.

These claims were further emboldened when it was revealed that his son in law Kushner owned some of these "crime infested" buildings. Speaker of the House Nancy Pelosi declared, "The president—this comes as no surprise—really doesn't know what he's talking about. But maybe you could ask his son-in-law, who's a slumlord there, if he wants to talk about rodent infestations."

While this story dominated cable news and much of social media, Trump used this as a perfect opportunity to continue his less publicized assault on poor people of all colors and vital government services. Earlier this year it was revealed that Trump's tax cut for the wealthy overwhelming benefited the top fifth of earners at the expense of the working and middle class. This week faced with a stalling economy and exploding deficits, Republicans led by Senator Ted Cruz announced the need for another round of tax cuts for the wealthy.

Lest it be thought this was just a Republican tactic, it is worth highlighting how Democrats also exploited viral racism for their own elite interests - many of which dovetailed with those of Trump. The left wing Black Agenda Report proclaimed "When Trump isn't telling black and brown Americans to "go back where they came from" he is getting into petty fights with members of Congress and making them look good, even when they are not deserving of great praise."

By playing up these hateful incidents, the Democrats can distract from their own troubling record of racism and oligarchy. This month, House Democrats united to pass a "progressive" $733 billion defense policy bill.

This is part of a tried and true centrist strategy of media obfuscation. The now famous Fox news driven Obama era scandal of the "tan suit" is a perfect case in point. While often used satirically to show just how scandal free the past administration comparatively was—digging even slightly deeper reveals that this trending hid extremely troubling policies such as a bail out of Wall Street to the tune of 29 trillion, explicit policies that ironically decreased black wealth, mass deportations, and a ratcheting up of drone warfare internationally.

Ultimately both Trump and Democrats are engaged in a politics of distraction. They rely on these reality TV like racist stunts to divert attention away from their common corporate and military agenda. If Trump stirs up hate, Democrats revel in it to publicly purify their own immorality.

There is another reason driving this viral politics of distraction. Notably social media has made it easier than ever to challenge corporate approved news and ideologies. The ability of these progressive views to be heard has made it more vital than ever for those in charge to promote information that supports rather subvert the status quo. By dramatizing very real problems of racism, they can marginalize the digital influence of these radical perspectives. Ultimately, it represents the ongoing bipartisan effort to fight off radical trends by shaping what stories are trending.