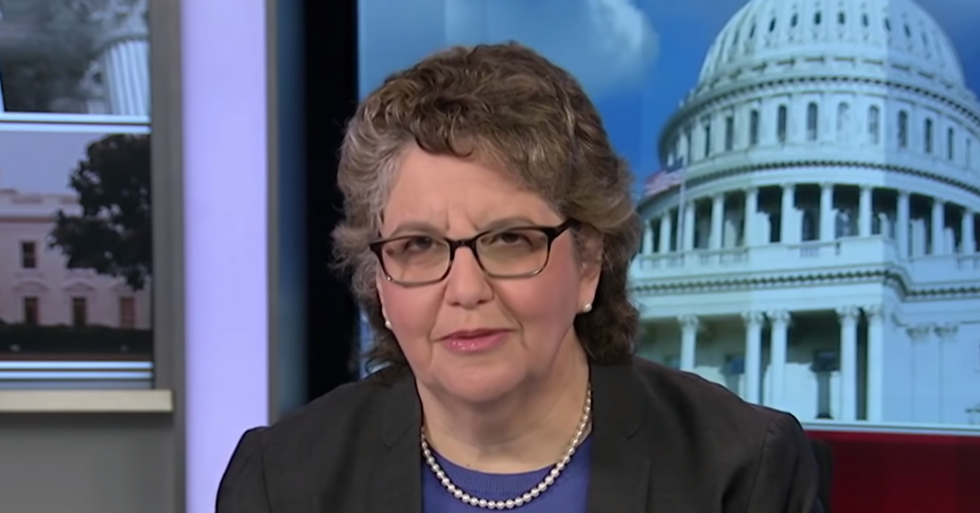 Popular vote loser Donald Trump is so obsessed with having lost the popular vote that he'll buy any crackpot conspiracy theory, but they pretty much all boil down to one massive lie that plays into his paranoid racism: voter fraud. The chairwoman of the Federal Election Commission Ellen Weintraub calls his incessant harping on it "damaging to our democracy," not to mention bullshit. (She didn't say "bullshit," but it's what she means.)

Last week, Weintraub wrote to Trump telling him to prove it. She tweeted, "In this letter, I ask him to back up his claims in terms a former casino operator should understand: 'There comes a time when you need to lay your cards on the table or fold.'" She's tried this before, according to her letter. In February 2017, when she told him to prove it in a public statement, then again in a letter in March 2017, and once again now.

"The American people count on me, as the Chair of their Federal Election Commission," she wrote last week, "to protect the integrity of our elections. So I ask you, once again, to provide any evidence you may have to the American people and the appropriate law-enforcement authorities to substantiate your claims. The American people are ill-served when our leaders put forward unfounded allegations of voter fraud."