‘Spider-Man: Far From Home’ is a rumination on fake news 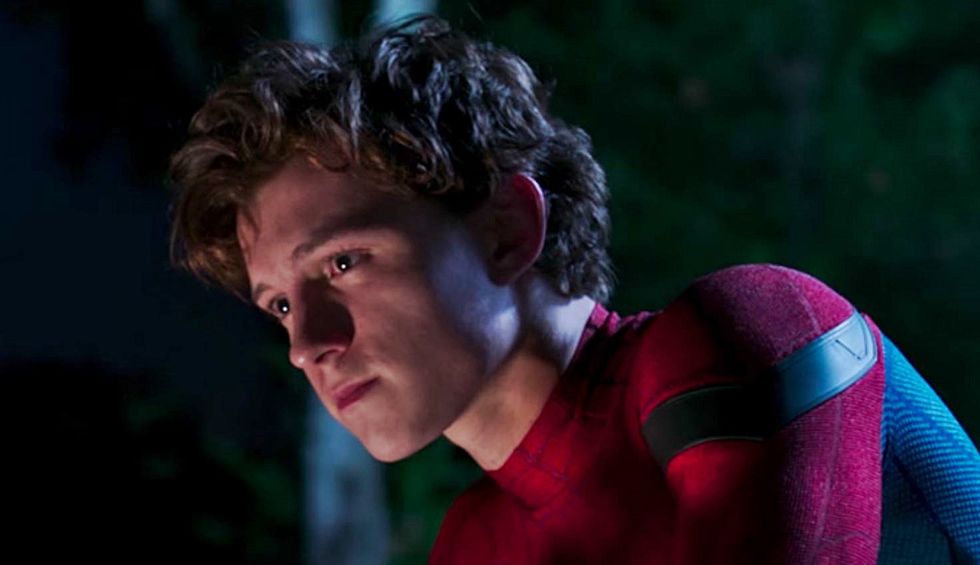 Early on the morning of June 13, explosions rocked two oil tankers in the Gulf of Oman. By daybreak, officials in Washington were pointing figures at Iran, which had been accused of recent attacks in the Gulf amid rising tensions with the international community. With many observers skeptical, the American military later that day released a grainy, black-and-white video depicting what they alleged was an Iranian patrol boat pulling an unexploded mine off the side of one of the tankers.

Case closed? Not so much. In the era of fake news and deepfakes (hyper-realistic video fabrications enabled by artificial intelligence), it wasn’t just conspiracy theorists doubting whether the video was genuine. Even Daniel Benjamin and Steven Simon, self-described members of the national security “blob, ”confessed to speculating that the video was a false flag, intended to provoke war. While the duo eventually convinced themselves that Iran was behind the attack, weeks later they took to Politico to speculate about just how dangerous it is for powerful fabrication technology to be in the hands of a mendacious military power.

Surprisingly enough, one of the first films to seriously engage with this reality is the latest offering of the Marvel superhero franchise, Spider-Man: Far From Home. Featuring Tom Holland’s playful, web-slinging hero on a school trip to Europe, the film’s initial conflict is set as typical space-drama Marvel fare: Earth is under attack from “Elementals,” an invading class of giant monsters from a parallel universe, which can be thwarted with the help of superhero Quentin Beck, aka Mysterio, who inadvertently came to our world with the monsters.

While Spider-Man and Samuel L. Jackson’s Nick Fury buy this preposterous story, it is later discovered to be a ruse. The Elementals and their violent attacks are actually the carefully choreographed products of Beck and his colleagues, all disgruntled ex-employees of the late Tony Stark’s weapons manufacturer. Beck’s superpowers and the Elementals are merely sophisticated 3D projections, but the damage they cause is real, thanks to an army of invisible drones. Beck and company’s goal is simple: to “save” the world from their own attacks, so they may finally bask in the hero status denied to them when Stark misused their creations.

Far From Home is not exactly subtle about its real-world implications. Like the premise of Homecoming—where a resentful blue-collar contractor, played by Michael Keaton, becomes the super-villain Vulture—it feels a tad ripped from the headlines, with the use of the phrase “fake news” eliciting chuckles from the Brooklyn audience I watched it with. Nevertheless, Far From Home is one of the few mass-market films to seriously engage with how demagogues can employ false military conflicts to their own advantage.

This trend has a long history. From the Gulf of Tonkin incident to George W. Bush’s lies about Iraqi weapons of mass destruction, Americans should know by now how easily those in power can get away with naked, dishonest warmongering to boost their own popularity. Through Beck, Far From Home offers a refreshingly honest answer: “It’s easy to fool people when they’re already fooling themselves.”

Indeed, technology is just a catalyst for such fabrications, which ultimately rest on the self-delusions of society itself. In Far From Home, the public needs an idealized and idolized hero, a position now vacant with the deaths of Iron Man and Captain America and the scattering of the rest of the Avengers. Sure, Beck made use of some fancy tech to carry out the illusions. But without an Earth actively looking for a new superhero, for someone to blindly believe in, the warm reception would have been unlikely and short-lived.

There have been other examples of pop culture interrogating the demagogic manipulation of “fake news.” But, as Beck suggests, it’s only in those glimmers of moments when people are not already fooling themselves. Take Star Wars: Episode III—Revenge of the Sith, released in 2005 but developed in the aftermath of the invasion of Iraq in 2003. Despite protests from George Lucas to the contrary, the story of a leader using a fabricated pretense for war to drive his own power—including his protégé infamously declaring, “If you’re not with me, then you’re my enemy”—resonated with the growing consensus that Bush had lied and cheated his way into Iraq.

And while stories of Iraq War deceit abound in pop culture—from Fair Game and the forthcoming Official Secrets, about spies fighting the lies, to The Ghost Writer’s roman à clef about Tony Blair’s war crimes—the Obama administration’s drone warfare remains suspiciously absent. It’s easy to see fake news when it’s from an obvious foe. From an apparent friend—whether a Democratic president or a Tony Stark–emulating villain—the truth can appear murkier.

At a time when Trump regularly sends lying tweets about immigrants and a fake video of a drunk Nancy Pelosi goes viral on Facebook, it’s easy to produce and consume pop culture that calls out fake news and deepfakes. The real challenge that Far From Home posits is whether we can first call out the lies we tell ourselves.

Even as the horrors of the Trump administration have broken the self-delusions of much of our society—about government checks and balances, about the extent of systemic racism, about American exceptionalism—there is always the risk that, when the storm clouds clear, we will go back to the false comfort of faraway superheroes. Far From Home alludes to this possibility in its post-credit sequence: Beck—still known to most of the world only as an honest savior—has posthumously unveiled Spider-Man’s identity, along with a deepfake of the masked hero killing him. Will the world fall for Mysterio’s final trick? His dying words offer, as always, harsh truth amid the lies: “People, they need to believe. And nowadays, they’ll believe anything.”