Seth MacFarlane donates millions to liberal and left-wing campaigns and causes. What does his comedy say about his politics? 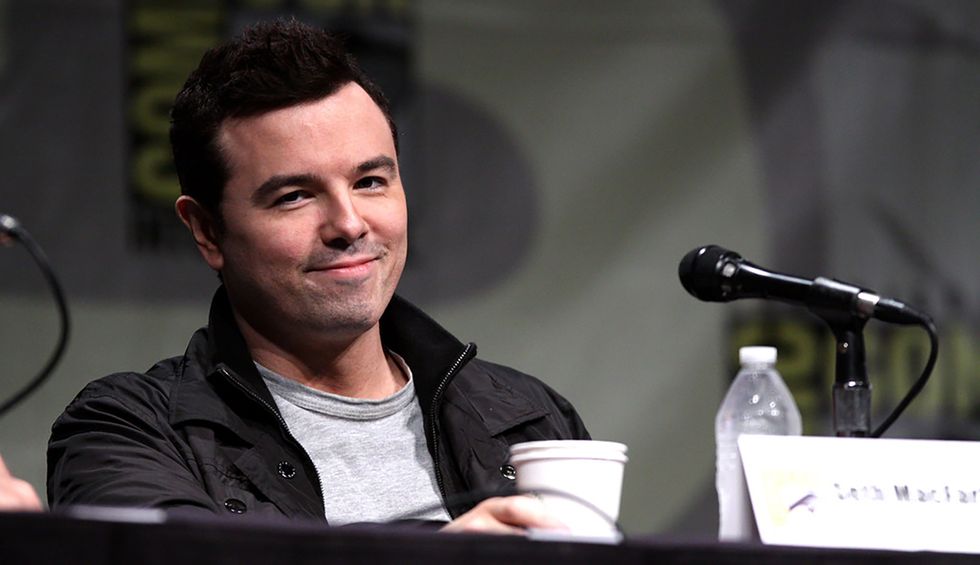 As the Los Angeles Times reported earlier this week, Seth MacFarlane is one of Hollywood's most generous donors to liberal and left-wing political campaigns and causes. Since he began his philanthropy in 2005, MacFarlane has donated $4.6 million to liberal and progressive politicians and groups, including the presidential campaigns of Barack Obama, Bernie Sanders and Hillary Clinton.

"After MacFarlane contributed $2.5 million to Democrats in 2018, his company, Fuzzy Door Productions, was ranked second in Hollywood giving behind DreamWorks SKG and ahead of Disney, according to data from OpenSecrets.org, a nonprofit research group tracking money in U.S. politics," the Times reported.

Yet MacFarlane's political bona fides go beyond putting his money where his mouth is. That mouth, which often incurs the ire of the left, sometimes justifiably, has also worked very hard, albeit with many missteps along the way, to tell intelligent and courageous progressive stories through his various pop culture properties.

Yes, there is "Family Guy." The long-running animated series program has not been without its controversies across 17 seasons, particularly because its comic sensibilities cause it to tackle all manner of taboo subjects, and African Americans, Jews, women, members of the Latinx community, members of the LGBT community and virtually everyone else have at various points been targets of its jokes. The show has even acknowledged its problematic past, such as when patriarch Peter Griffin told a fictionalized Donald Trump in one episode that they were trying to "phase out the gay" jokes. Understandably, that gesture likely doesn't erase the sting of such episodes as the one where family dog Brian vomits for 29 seconds after learning that he slept with a transgender woman — or MacFarlane's later attempt to make up for that with a muddled episode of "The Orville" that clearly was reaching for transgender representation but failed — but it does illustrate that MacFarlane's perspective is less calcified than many may realize.

That may be easier to glimpse in "American Dad," one of the more underrated shows in MacFarlane's oeuvre. Aired during the years of President George W. Bush's administration, the blundering patriarch of that series is Stan Smith, a CIA officer whose far right-wing views make him woefully out of touch when it comes to issues involving race, gender, immigration or the plight of any marginalized group. Yet as the series progressives, Smith has been forced to grapple with his bigotry and evolve beyond it. In the episodes "Surro-Gate" and "Lincoln Lover," for example, he realizes that his homophobia is wrong and that same-sex couples should have the same rights to marry and raise children as anyone else. In "The American Dad After School Special," Stan learns to overcome his misogynistic hatred of overweight women first by experiencing a little poetic justice (he realizes that he is fat himself) and then, through a harrowing ordeal with anorexia, becoming more empathetic to other people with body image issues.

This positive message is somewhat offset, of course, by the running jokes about "Family Guy" Griffin daughter Meg, who is depicted as having no value as a human being because she is deemed physically unattractive.

But "Family Guy" is not without its moments too. One of its bravest episodes, "Partial Terms of Endearment," starts with a daring premise: Matriarch Lois Griffin decides to be a surrogate mother to two friends, only to find herself unsure of what to do with the baby after they unexpectedly die. After having a series of thoughtful debates on abortion rights, the episode concludes with Peter and Lois telling the family that she had an abortion. No jokes, no second-guessing — the episode treats Lois' decision to have an abortion as being entirely within her rights and, in the context of her particular situation, a perfectly understandable choice.

And consider this deceptively simple speech from the "Family Guy" episode "Tea Peter," in which Peter Griffin explains why the conservative ideology on small government is nonsensical after it is taken to its logical conclusion in the "Family Guy" town of Quahog, and chaos ensues:

The first thing we need is a system of rules that everyone must live by. And since we can't spend all our time making rules, I think we should elect some people to represent us and they should make rules and choices on our behalf. Now this may be kind of expensive, so I've got a plan. Everyone should have to give some money from their salaries each year. Poor people will give a little bit of money and rich people will give a larger amount of money, and our representatives will use all that money to hire some people who will then provide us with social order and basic services.

Now it won't be perfect — some of our representatives may end up being bastards — but you know what? That's okay! Because later we're going to have more elections, and we can use those elections to get rid of the bad guys and replace them with good guys, and then the system will just keep going on and on, just like that!

"The Orville" has also done better, such as with the stand-out episode "If the Stars Should Appear." In that story, the crew of The Orville stumbles across a 2,000-year-old derelict ship that has long since forgotten that it is a starship and instead contains a civilization of 3 million people ruled by a theocratic dictator. Not only does it contain a plot that one could see in a "Star Trek" episode, but it explores how religion and authoritarianism can combine to provide people with false answers and then suppress harsh truths so that powerful institutions can continue to justify their existence. That episode ends with a particularly beautiful moment, one reminiscent of Plato's cave allegory and which powerfully illustrates how science can dispel fanaticism.

And to MacFarlane's credit, he is also willing to poke fun at his own — liberals. The character of Brian from "Family Guy" (MacFarlane has admitted he's a stand-in for himself) is a stereotypical pompous hypocritical liberal, someone who preaches left-wing politics to feel like he's smarter than other people but doesn't practice what he preaches and can be easily swayed to conservatism if that allows him to feel like the biggest brain in the room. There is also the episode "Majority Rule," which lampoons how both liberals and conservatives can use social media to decide whether individuals are morally worthy, and in the process substitute a version of mob rule for genuine thoughtful discussion on the importance of various social transgressions.

Overall the point here is not that MacFarlane is one of the great progressives working in Hollywood today — he isn't. He is an extremely talented man — as a comedian, a voice actor, a singer — with a sometimes limited perspective. On screen, his track record with doing the right thing with the influence he has is definitely hit and miss, but even when he fails, the attempts are thought provoking, especially when considered alongside his political donation record.  MacFarlane does not deserve a pass for his mistakes, but he shouldn't be written off either.