Sanders says if Israel wants to ban members of Congress, it should not receive billions in US military aid 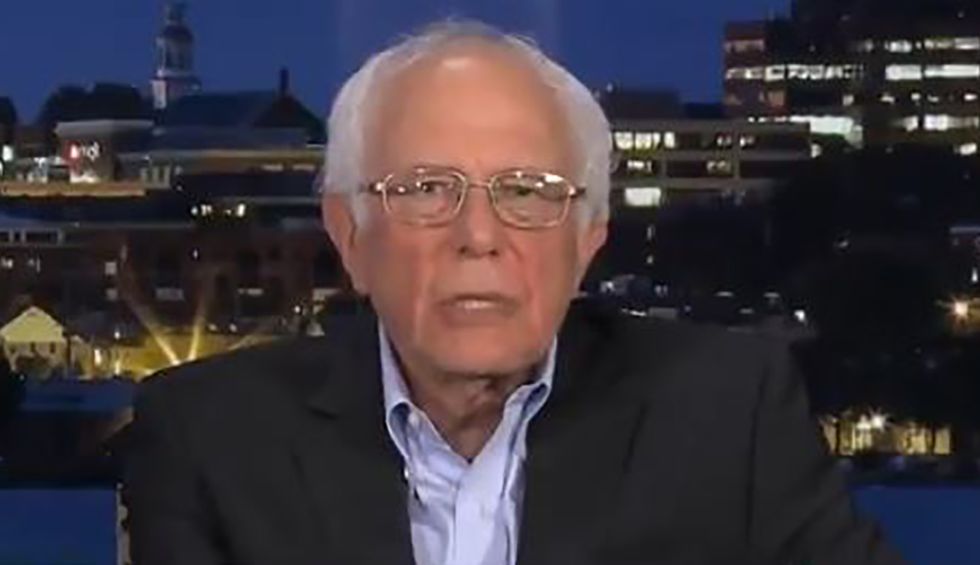 "I wish I could tell you...that I am shocked. I am not," Sanders, a 2020 Democratic presidential candidate, said of President Donald Trump's support for Israel's decision. "We have a president who, tragically, is a racist, is a xenophobe, and who is a religious bigot."

On Friday morning, the New York Times reported that Israel will allow Tlaib to visit her 90-year-old grandmother who lives in the occupied West Bank. Israel did not change its position on Omar.

Sanders said Thursday that "the idea that a member of the United States Congress cannot visit a nation which, by the way, we support to the tune of billions and billions of dollars is clearly an outrage."

"And if Israel doesn't want members of the United States Congress to visit their country to get a firsthand look at what's going on—and I've been there many, many times—but if he doesn't want members to visit, maybe [Netanyahu] can respectfully decline the billions of dollars that we give to Israel," Sanders added.

"People have been asking how Bernie can distinguish himself from rivals who at least profess agreement on domestic issues," tweeted HuffPost reporter Daniel Marans. "This is one area where the distinction is clear."

"One thing that is completely undeniable about Bernie Sanders is the enormous political courage he consistently wields on behalf of others," tweeted Ocasio-Cortez. "He's not just standing up for two members—he's standing for the integrity of the entire U.S. Congress."

In addition to his comments on MSNBC, Sanders, who is Jewish, released an online video to push back against the specific claim made by President Trump and many others that to criticize the policies of the Israeli government is to be anti-Semitic—a charge he said is "disgusting."

Anti-Semitism is not some abstract idea to me. It is very personal. It destroyed a good part of my family. I absolu… https://t.co/SPMxiZbVrk
— Bernie Sanders (@Bernie Sanders) 1565907338

Sanders' appearance on MSNBC Thursday night was not the first time the senator has called out U.S. military aid to Israel as the Netanyahu government enacts racist policies and commits atrocities against Palestinians.

Speaking to the Council on Foreign Relations last month, Sanders said, if elected president in 2020, he would "be willing to bring real pressure to bear on both sides, including conditioning military aid, to create consequences for moves that undermine the chances for peace."