Revealed: US State Department official exposed as a white nationalist organizer who wants 'a country of our own with nukes' 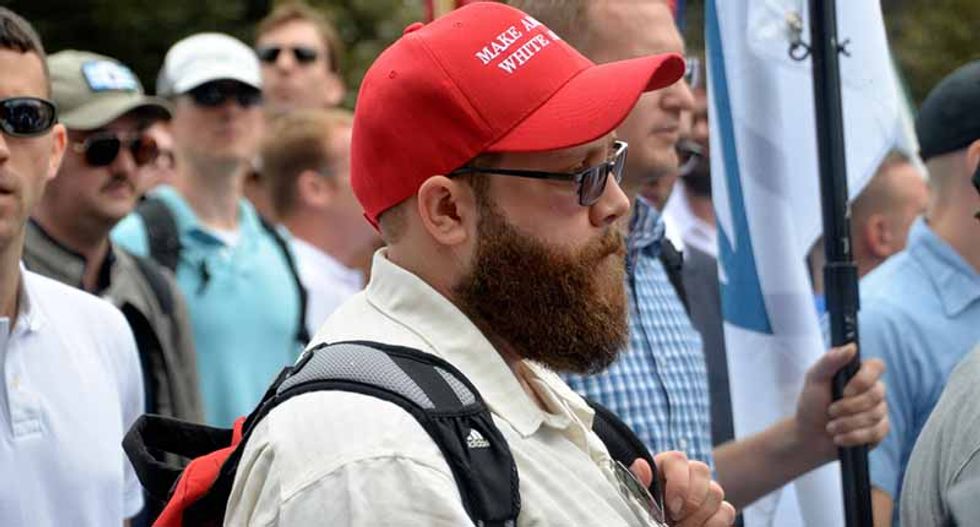 A current U.S. State Dept. official is a self-avowed white nationalist and wants a nuclear-armed country just for white people, according to a just-released report from the Southern Poverty Law Center.

“The official, Matthew Q. Gebert, works as a foreign affairs officer assigned to the Bureau of Energy Resources, a State Department spokesperson told Hatewatch. Online,” the SPLC’s news outlet, “and in private correspondences with other white nationalists, Gebert uses ‘Coach Finstock’ as a pseudonym. Through that alias, he expressed a desire to build a country for whites only.”

White people “need a country of our own with nukes, and we will retake this thing lickety split,” “Coach Finstock” said in a a white nationalist podcast called “The Fatherland.”

“That’s all that we need. We need a country founded for white people with a nuclear deterrent. And you watch how the world trembles.”

“There are bigger things than a career and a paycheck, and I don’t want to lose mine,” Gebert said as “Coach Finstock” on an episode of “The Fatherland” recorded in August 2017, referring to his commitment to white nationalism. “I am prepared to lose mine. Because this is the most important thing to me in my life … in tandem with my family, of course.”

The SPLC’s online report is nearly 6000 words long and offers many more chilling details. You can read it here.