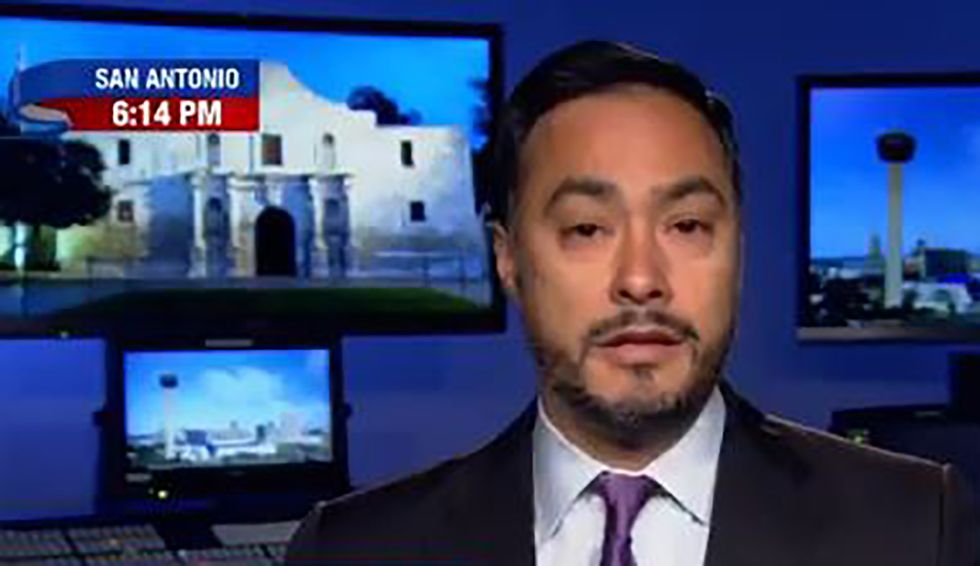 Two things are particularly interesting about the Republican outbreak of outrage. One is that it didn’t really get going until Tuesday afternoon, despite Castro having tweeted the information Monday night. It’s almost like talking points went out directing outrage. Imagine that. The second interesting thing is how obviously top Republicans were working the media, trying to activate both-sidesism.

Tim Murtaugh, Trump’s campaign communications director, tweeted that “At the very least @Castro4Congress is inviting harassment of these private citizens. At worst, he’s encouraging violence. Will media concerned about ‘rhetoric’ care about this? He’s listing people and their employers. This is a target list.” Republican National Committee Chair Ronna [formerly Romney] McDaniel jumped in with an accusation of “doxxing,” and continued “Imagine the media outrage if Republicans did this.”

Texas Sens. John Cornyn and Ted Cruz jumped in with dishonestly pious concern. “This is grossly inappropriate, especially in the wake of recent tragic shootings,” Cornyn wrote. “This win-at-all-costs mentality, publicly targeting an opponent’s supporters, and encouraging retaliation is dangerous and not what Texans have a right to expect from their members of Congress.” (Their president, on the other hand… )

Again, and it cannot be overstated here: THIS IS PUBLICLY AVAILABLE INFORMATION. As Lindsay Beyerstein tweeted, “If money is speech, the person who gives the maximum allowable campaign contribution is standing in the public square, screaming their head off.“ But the Republican efforts to work the media were successful, with reliable mark Maggie Haberman, of The New York Times, calling Castro’s tweet “dangerous,” and rebuffing the many people who pointed out that her very own newspaper published a searchable list of Clinton Foundation donors as part of its reporting insinuating that donations to the Clinton Foundation were probably bribes. Because reporting on major political donors is an important part of reporting on politics, and because there’s a reason this information is made publicly available by the government.

This is nonsense. It’s Republicans getting together and deciding to pretend outrage about a thing a Democrat did to get the media to draw false equivalence between a Democrat—any Democrat, doesn’t matter which one—and Donald Trump (who has actually doxxed multiple people). It’s maybe laying the groundwork for an attack on campaign finance disclosure laws. It’s ridiculous. And too many media figures went for it.