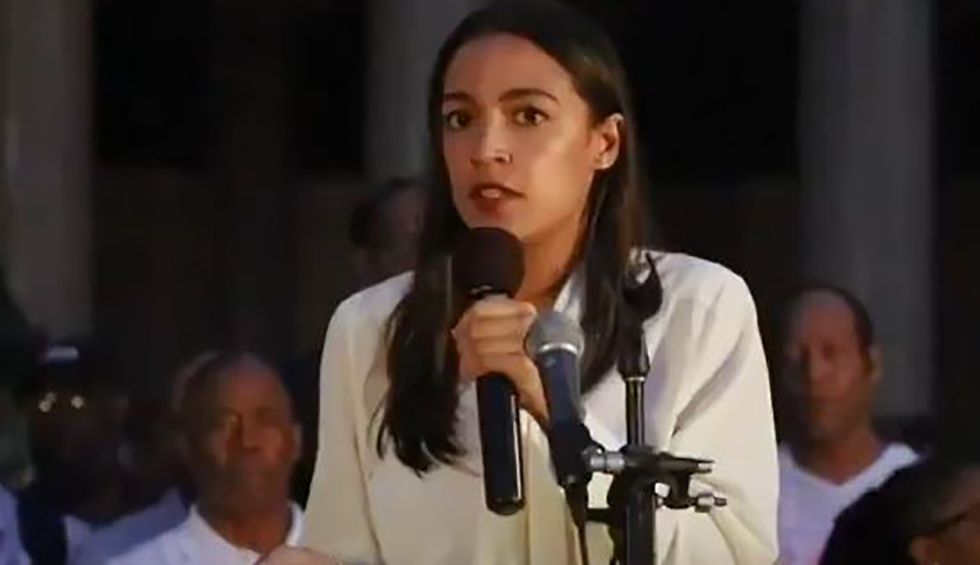 In now viral footage of remarks from a Monday night vigil for victims of mass shootings in Texas and Ohio this past weekend, Rep. Alexandria Ocasio-Cortez appealed directly to the growing number of Americans who are "falling into the grips of white supremacy" in an effort to combat divisiveness and hatred with a message of love.

"I know there's a teacher waiting for you, saying, 'What happened to my kid? What happened to my friend?'" the New York congresswoman continued. "And we will always be here and hold space for you to come back. We will love you back. You are not too far gone."

The New York Democrat also spoke bluntly about President Donald Trump's hate-filled rhetoric, saying there is no reason to ask whether the president is a racist.

"When we allude to people as an invasion, as an infestation, we are directly pulling from the language of white supremacy," said Ocasio-Cortez. "So I don't want to hear the question, 'Is this president racist?' anymore. He is."