Ocasio-Cortez after Jeffrey Epstein found dead: 'We need answers. Lots of them' 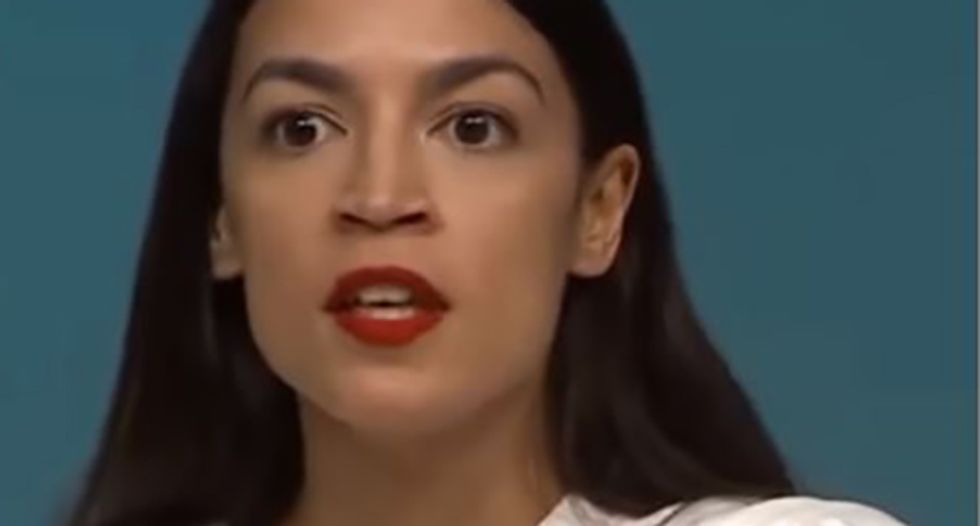 In the immediate wake of news from New York City officials Saturday morning that disgraced billionaire and high-profile political donor Jeffrey Epstein committed suicide in his Manhattan jail cell overnight, Congresswoman Alexandria Ocasio-Cortez indicated it will be up to lawmakers and others to demand a full accounting of what happened to the man accused of operating a sophisticated sex trafficking ring that catered to the nation's rich and powerful.

"We need answers," Ocasio-Cortez tweeted. "Lots of them."

Shortly after her tweet, Ocasio-Cortez re-tweeted a comment by former prosecutor and CNN legal analyst Renato Mariotti—an indication of some of her concerns.

"Epstein's suicide," noted Mariotti, "ends the criminal case against him because no one else was charged in the indictment."

With many high-powered men—including President Donald Trump, former president Bill Clinton, Prince Andrew of the United Kingdom, and Harvard attorney Alan Dershowitz—implicated or accused over the years of having ties to Epstein, attending his parties, or even participating in his alleged sex trafficking ring, news of his death immediately sparked conspiracy theories about his demise.

Questions surrounding both the manner of Epstein's death and the looming questions about the reach of his alleged sex trafficking operation immediately swirled as the news of the apparent suicide broke.

Even those wary of conspiracy theories, however, couldn't help but note the troubling implications of Epstein's death—especially given reports of a previous suicide attempt and that he had been placed on suicide watch at the jail.

Unfounded or outlandish conspiracy theories aside—and that does not include very provocative pieces written about the quite plausible money-laundering or possible blackmail operation that Epstein might have had going—it was clear on Saturday that by his untimely death, Epstein's name has likely just entered the political pantheon.

According to Esquire political columnist Charles P. Pierce, "absolutely nobody is going to believe" whatever official version of Epstein's death that authorities put forth. Pierce writes:

How in the hell do they let this happen? The guy was incarcerated in the Manhattan Correctional Center. He already had made one try. He had to be on suicide watch. And the suicide happens the day after a massive document dump in which a woman who said she was one of Epstein's victims implicates an entire brigade of celebrity "clients," up to an including some European royalty? There almost can't be a dog more reluctant to hunt than this one.

A whole bunch of Somebodies need to get fired behind this. Beyond it, of course, a thousand conspiracy theories will now bloom across all the Intertoobz. The other people involved have to be nervous. Ghislaine Maxwell, Epstein's alleged accomplice who has yet to be charged, has to be looking over her shoulder. Is she looking over her shoulder to see if the FBI is back there, or to see if something darker is closing in? This country is losing what's left of its mind.

And as Vicky Ward, a senior reporter for CNN put it Saturday morning, "Let me assure you: Jeffrey Epstein's death is not the end of this story. There is more yet to come. Stay tuned..."