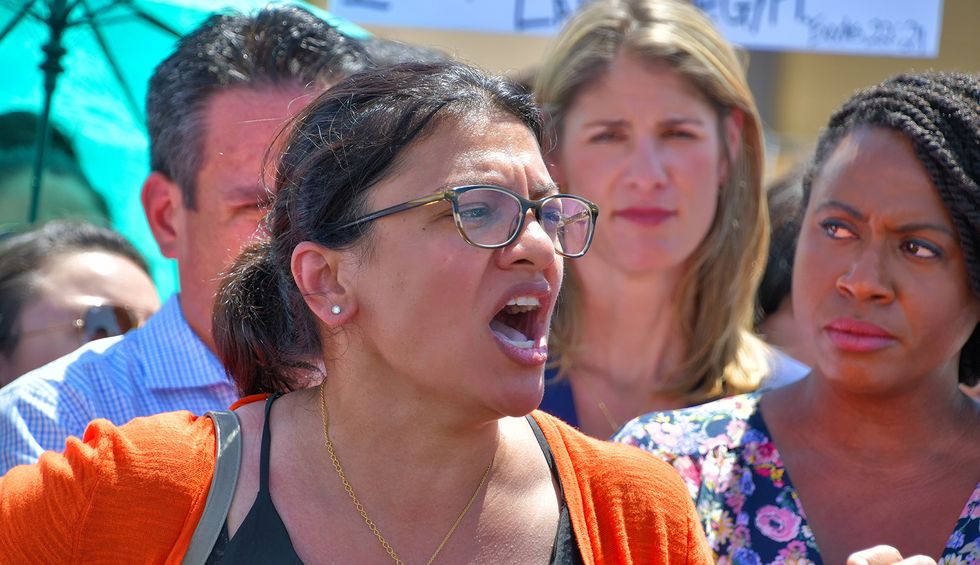 The newspaper said its executive editor, Dean Baquet, met with Weisman, who "apologized for his recent serious lapses in judgement."

"As a consequence of his actions, he has been demoted and will no longer be overseeing the team that covers Congress or be active on social media," the paper said of Weisman in a statement.

In recent weeks, Weisman has come under intense scrutiny for his behavior on social media.

In late July, he deleted a tweet amid outrage after he suggested saying Democratic Reps. Rashida Tlaib of Michigan and Ilhan Omar of Minnesota were from the Midwest was "like saying @RepLloydDoggett (D-Austin) is from Texas or @RepJohnLewis (D-Atlanta) is from the Deep South."

Earlier this morning I tried to make a point about regional differences in politics between urban and rural areas.… https://t.co/nQEbWxBEXW
— Jonathan Weisman (@Jonathan Weisman) 1564583203.0

Wiesman, who is white, deleted the tweet mentioning the four lawmakers, three of whom are non-white, and a pair of follow-ups posts after they were widely criticized as racist on Twitter and in the prominent black news and culture site, the Root.

"I am also black," Harper responded.

Shortly after, author Roxane Gay mocked Weisman for the tweet. She later said Weisman emailed her, her assistant and her book publisher saying she owed him an "enormous apology" for accusing him of "racism and incompetence." Gay said she was "legitimately shocked" to receive Weisman's email.

Marc Tracy, a media reporter at the Times, said Weisman had accepted Baquet's judgement in an interview.

"I think he's right to do what he's doing. I embarrassed the newspaper, and he had to act," Weisman reportedly said of Baquet.

Weisman's conduct on social media was the latest bout of public criticism surrounding the newspaper's coverage of race and politics. The Times has faced a barrage of criticism in recent days for a controversial front-page headline that described President Donald Trump's response following last week's back-to-back mass shootings as a national call for unity.

The headline — "TRUMP URGES UNITY VS. RACISM" — splashed across the front-page of the newspaper's first edition prompted widespread criticism and even provoked calls to cancel subscriptions.

The Times held an employee town hall Monday to address the paper's staff about the litany of criticisms the paper has faced in recent weeks surrounding its coverage of the president, race and politics.

In an interview with CNN on Tuesday, Baquet said the town hall was held because of "the Weisman tweet, the collective Weisman, as well as the headline."