No justice for Trump's enablers: The moral and professional accounting some Republicans feared will never take place 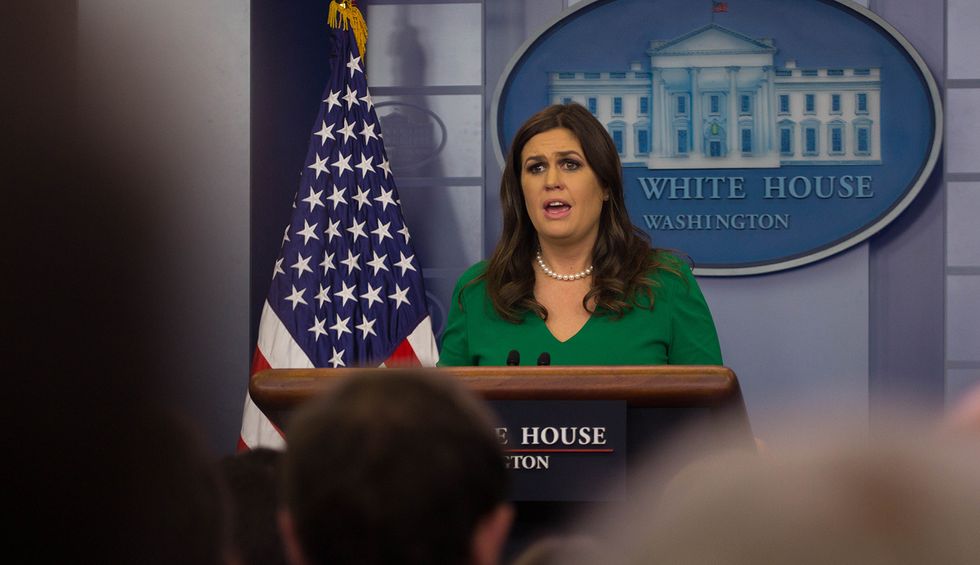 After Donald Trump became his party’s nominee for president in 2016, a great many Republicans in Washington said publicly and privately that they would never work in his administration if he were to win. For some it was because they doubted his commitment to conservative ideology, but for most it was about Trump as a person: He was erratic, unqualified, and most of all an utterly corrupt and immoral person who sullies everything he touches.

They had principles, and reputations to defend. He might be in office for four or eight years, but they would be around after that time was over. Working for Trump could only end in shame and ignominy. If things went poorly, it might even be career suicide. Just imagine what kind of accounting there could be at the end of what was certain to be a disastrous presidency! No one who had put themselves in the service of this repellent man would escape blame.

Three years later, there are some prominent “Never Trumpers” around, but their numbers are tiny. The overwhelming majority of Republicans—elected officials, political professionals, policy wonks—have to one degree or another bent the knee to Donald Trump. Even the party’s eminence grises are in line; former vice president Dick Cheney, who has criticized the administration on foreign policy, will be raising moneyfor Trump’s reelection.

Which is as good a sign as any that the moral and professional accounting some Republicans feared—or hoped for—will never take place.

There may be some places where those who placed themselves in Trump’s service will receive the contempt they deserve, like Kirstjen Nielsen being heckled in one restaurant and Sarah Huckabee Sanders being refused service in another. But by and large they’ll be fine, because they live in a world where nearly everyone is complicit. That means that they will all have an interest in convincing each other and the world that working for the single most odious human being to ever sit in the Oval Office was a perfectly reasonable, even noble, thing to do.

Consider Sanders, who defended and justified the most dishonest politician in American history (and perhaps that of the entire world) with an almost superhuman degree of commitment and enthusiasm. What will happen to her? She’ll probably write a best-selling book, and have corporations give her obscene sums to obtain her wisdom on damage control when they’re caught despoiling the environment or killing their customers. A Fox News gig will be hers for the asking, should she not find that too pedestrian. For the moment, she’s considering a run for governor of Arkansas. And she’d probably win.

There is Trumpite here or there who has really suffered from their identification with this president, like Sanders’s predecessor, Sean Spicer. What got Spicer in such trouble, however, was the fact that he felt shame for his service to Trump. Everyone knew he was lying whenever he went before the cameras, and he obviously knew that everyone knew, and felt bad about it. That’s what made his brief tenure so embarrassing, and why he’s one of the few that left the White House with his reputation having suffered the proper degree of damage.

There are others who fared as poorly, if they pled guilty to crimes, or were accused of domestic abuse, or undertook a spree of penny-ante corruption. But they’re still the exceptions, when true justice would demand that every last one of them be ostracized and denounced. Sure, one sees the occasional story about something like young Trump staffers complaining that no one wants to date them. But there will be no truth and reconciliation commission, no universal condemnation, no shunning of even the worst offenders.

The reason is that the entire Republican Party will make sure it doesn’t happen, because nearly all of them are implicated.

Consider someone like Stephen Miller, probably the most villainous figure in the administration. The latest revelation about Miller is that he tried for some time to find a way to get states to bar undocumented immigrant children from going to school; he was thwarted not because other officials said, “My god, what kind of monster are you?” (they didn’t) but because the scheme was obviously illegal.

Now try to imagine the Heritage Foundation or the American Enterprise Institute saying to Miller in 2021, “We’re sorry, but we cannot offer you a senior fellow position, because your actions during the last four years were so morally abhorrent that we do not wish to associate ourselves with you.” The very idea is ridiculous. We know what will happen: Heritage, AEI, and any number of other prominent conservative organizations will fall all over themselves to offer Miller a comfortable sinecure from which he can continue to advocate a whiter future for America.

In fact, they’ll undertake a massive project of historical revisionism to convince the country that what we just lived through was all a figment of our imagination. “Just remember: What you’re seeing and what you’re reading is not what’s happening,” Trump said last year, and this project will attempt to convince us that what we saw, read, and experienced never actually happened. Donald Trump was a fine and responsible president, they’ll say, and even if he might have gotten a little silly on Twitter from time to time, anyone who supported him should take pride in their service to the GOP and to America.

And since the entire Republican Party will repeat this line again and again and again, it will become, if not conventional wisdom, at the very least a respectable position to hold. At worst, if Trump leaves office in disgrace Republicans will say what they did when George W. Bush slinked off in 2009 with the two wars he started still dragging on and the country experiencing the worst economic crisis in 80 years: I never liked him anyway. He wasn’t a real conservative. And of course I didn’t figure that out until it was all over, so don’t blame me.

By and large, they won’t be blamed. Their party may pay a price at the polls, but the men and women who signed up to aid Donald Trump will not get what they deserve. There may be a political reversal, but if you’re waiting for justice, you might not want to get your hopes up.