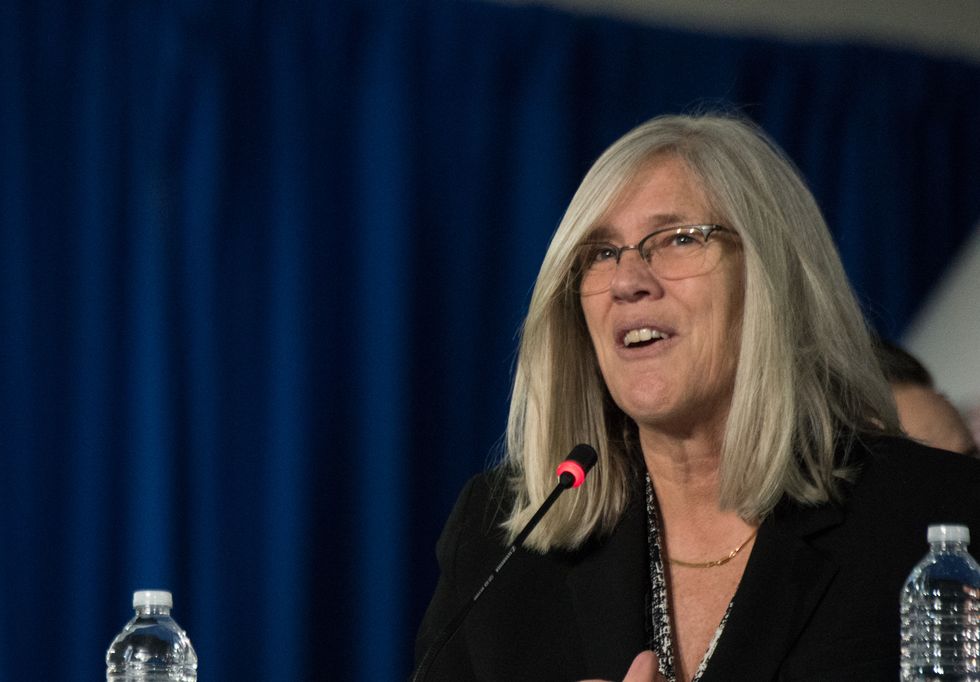 President Donald Trump announced Thursday that in addition to Director of National Intelligence Dan Coats stepping down, his deputy, Sue Gordon, is also leaving the administration.

She resigned her post on Thursday in a letter to the president, and she included a note attached to the letter released by the White House — it's unclear yet if it was intentionally made public — that made clear she was being forced out:

I offer this letter as an act of respect & patriotism, not preference. You should have your team.

In other words, she doesn't want to leave, but she's resigning because the president doesn't want her in place.

And why not? Most urgently, it seemed, Trump wanted her out because of the line of succession in the office. With Coats leaving on Aug. 15, Gordon would automatically become the acting director. Professor Steve Vladek of the University of Texas School of Law has argued that because of the Federal Vacancies Reform Act, Trump would have had to accept Gordon as the acting director were she to remain in her job. But Trump wants his own "team," as Gordon said, and with her out, he has more flexibility about who he can appoint.

Trump has repeatedly said he likes to have "acting" rather than Senate-confirmed Cabinet members because it gives him more "flexibility." What this seems to mean, though, is that it gives him more power over these people in precarious positions who owe their jobs only to him — while cutting the Senate out of its constitutional role.

After Vladeck's tweets, Trump did announce his pick to become the acting director: