'Madness': Dozens of groups push back against Trump proposal to bring back supersonic planes 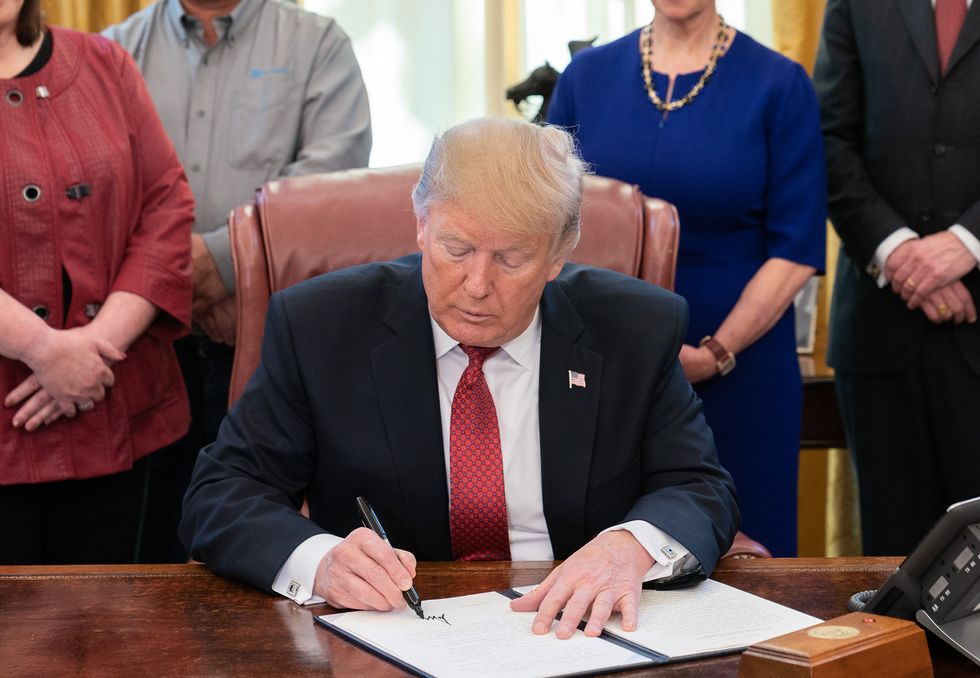 Over two dozen environmental advocates on Tuesday pushed back against a move by the Trump administration to facilitate the return of supersonic planes.

"The world is burning, and supersonic planes would pour jet fuel on the fire," said Clare Lakewood, a senior attorney at the Center for Biological Diversity, in a press statement. "It would be madness to sabotage our shot at preserving a livable climate so the ultra-rich can take faster flights."

The Federal Aviation Administration (FAA) issued a notice of a proposed rule in June that stated that the agency "is proposing to modernize the procedure for requesting these special flight authorizations."

In remarks just ahead of that announcement, FAA administrator Daniel Elwell said the rule "will provide a streamlined, clear line of sight on how to gain approval to conduct flight testing. This is a necessary, key step for further research and development in an emerging segment—and ultimately bring their aircraft to market."

The proposal referenced "renewed interest in supersonic aircraft development," and an article published Wednesday in Condé Nast Traveler flushes out some of that interest.

Titled "The Competition to Bring Back Suerpsonic Flight Is Heating up," the article notes how Lockheed Martin and NASA are jointly developing supersonic aircraft to limit the deafening sonic boom such aircraft emit. Denver-based Boom Supersonic is also moving forward with the development of aircraft that would achieve supersonic speeds on transatlantic flights, and it's already got pre-orders from Japan Airlines.

But in their letter (pdf) to Elwell sent Tuesday—the last day for public comment on the proposal—the Center for Biological Diversity and other groups including Friends of the Earth and Alliance of Nurses for Healthy Environments said "there is no way to advance 'safe and efficient operation of supersonic aircraft.' Supersonic aircraft would fuel the global climate crisis and threaten Americans with lasting damages from extreme air and noise pollution."

Apart from concerns to people and wildlife from the noise of breaking the sound barrier along the entirety of supersonic flight route, the groups say that "allowing a new class of super-polluting aircraft to enter the sky would be madness" given the "climate emergency."

"New commercial supersonic planes are expected to burn 5 to 7 times as much fuel per passenger as comparable subsonic designs, and exceed international subsonic aircraft carbon dioxide (CO2) emission limits by 70 percent," they wrote.

The FAA, said the groups, must abide by its obligations to protect public health and welfare.

“In the heat of the climate crisis," said Marcie Keever, legal director at Friends of the Earth US, "resurrecting super-polluting supersonic passenger aircraft makes no sense."