King of the Jews? Trump's mental acuity appears to be declining before our eyes 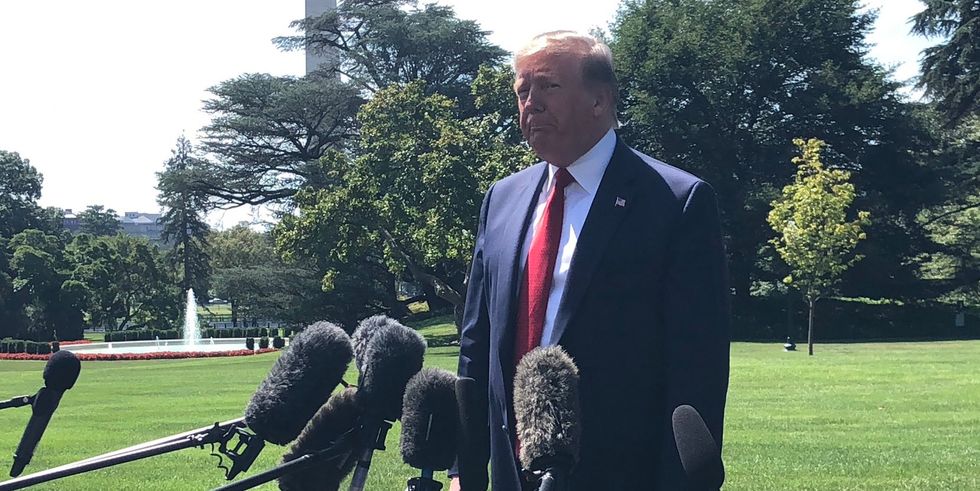 A day after claiming that the vast majority of American Jews who don't support him are "disloyal," Donald Trump quoted wingnut radio host Wayne Allyn Root saying that "the Jewish people in Israel love him like he’s the King of Israel. They love him like he is the second coming of God."

Later, he made this claim to reporters...

On Tuesday, The Washington Post's Josh Dawsey reported that this happened...

This followed his tantrum over Danish Prime Minister putting the kibosh on his bizarre scheme to buy Greenland. Maggie Haberman reports for The New York Times that "Trump on Wednesday said that the new prime minister of Denmark was 'nasty' to him when she rejected his interest in purchasing Greenland"

The statement from Mette Frederiksen, the 41-year-old prime minister of Denmark, had called Mr. Trump’s hope of buying Greenland “absurd,” a statement the president called “nasty.”

“I thought it was a very not nice way of saying something,” Mr. Trump told reporters. “But all they had to do is say, no, we’d rather not do that or we’d rather not talk about it.”

It should be noted that Denmark does not "own" Greenland and couldn't sell it off if it wanted to. In any event, it was a classic example of narcissistic rage, a result of narcissistic injury. According to a study in The Journal of Personality and Social Psychology, narcissistic rage is "an explosive mix of anger and hostility arising from threats to narcissists’ fractured sense of self." Having constructed an outsized sense of self, threats to that perception are greeted by "suspiciousness, dejection, and angry rumination."

The presidency is a uniquely stressful job for which Trump is woefully unprepared. Trump, who was a millionaire by age 8 thanks to his father's tax fraud scheme, has never been challenged in any way during his adult life. Now, as an old man, he finds himself the least popular president in the modern polling era by far, and is facing the reality that he is unable to impose his will on the federal government, much less get foreign countries to flatter his ego when he spouts nonsense.

Trump appears to be becoming more mentally unstable before our eyes, and the political class seems to be too frightened to grapple with the ramifications of that happening.