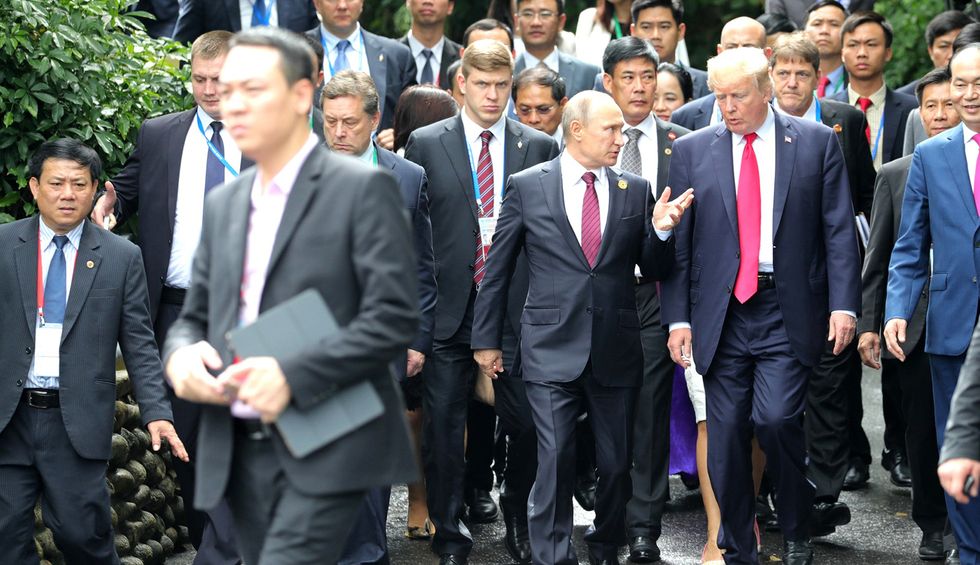 The investigations into Donald Trump's business dealings and ties to Russia currently being undertaken in the House of Representatives are basically the beginnings of an impeachment inquiry, without that label. They also could have just become much more fruitful, with a federal judge leaning toward removing the redactions in special counsel Robert Mueller's report.

In oral arguments in Washington, D.C., Monday, U.S. District Court Judge Reggie Walton seemed to side with the attorneys representing BuzzFeed and the Electronic Privacy Information Center. The organizations have sued the Justice Department under the Freedom of Information Act for access to the full report, and Walton was hearing their consolidated suits. He seemed to be landing on the side of transparency, saying at one point "That's what open government is about." The two organizations have also asked Walton to review the unredacted report himself to "see if the exemptions the Justice Department is citing to block release of the full document actually line up with what's allowed under the law."

During the hearing, Walton said he has "some concerns" about Attorney General Bill Barr's and Trump's public statements about the report and how to reconcile them with actual content of the report, like Trump's "no collusion" statements and Barr's public description and memo of the report's findings released prior to the redacted report's release. He said these things "seem to be inconsistent with what the report itself said," and pointed to the letter that Mueller sent Barr questioning why he released a report preview that "did not fully capture the context, nature and substance" of the report, instead of Mueller's summary. Walton said he'd "get this done as quickly as I can, so we can have this matter resolved one way or another."

Meanwhile, House Judiciary Committee chairman Jerry Nadler is continuinginvestigations which are essentially an impeachment inquiry. On MSNBC Monday, he said his committee will continue to pursue efforts in court to get information from the Trump administration and will have hearings in September with witnesses "who are not dependent on court proceedings."

To date, Nadler has taken just one court action, asking for the Mueller grand jury secret documents. He has said he would file suit to compel former White House counsel Don McGahn to testify, but hasn't yet done that. So he'd better get on the stick if he wants to keep to the timeline laid out in this interview. "If we decide to report articles of impeachment," he said "we could get it in the late fall, later part of the year."