James Mattis drops bomb on Trump’s racism: ‘We’ve got to address the things that put him there in the first place’ 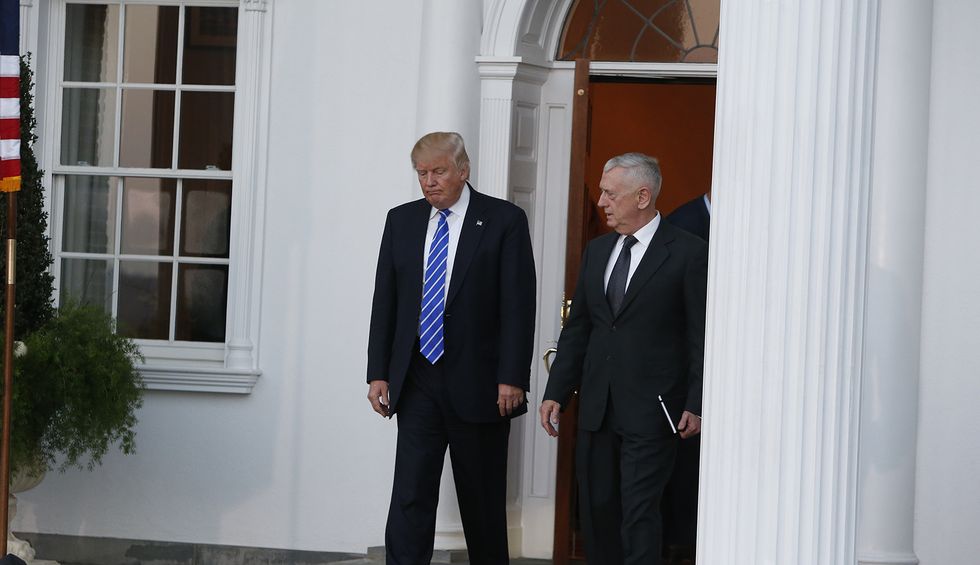 President Donald Trump’s former defense secretary won’t say the nation’s chief executive is unfit for office, but he dropped some strong hints in a new interview.

James Mattis shared an excerpt from his upcoming book “Call Sign Chaos: Learning to Lead” with the Wall Street Journal, and then gave an interview with The Atlantic‘s editor in chief, Jeffrey Goldberg — but in both cases his criticism of the president is veiled yet unmistakable.

“I didn’t cook up a convenient tradition here,” he told The Atlantic. “You don’t endanger the country by attacking the elected commander in chief. I may not like a commander in chief one fricking bit, but our system puts the commander in chief there, and to further weaken him when we’re up against real threats — I mean, we could be at war on the Korean peninsula, every time they start launching something.”

The former defense secretary’s aides and friends told the magazine Mattis found the president to be of limited cognitive ability, and of generally dubious character, and that disconnect and mistrust finally drove him out of the administration in December 2018.

“I had no choice but to leave,” Mattis said. “That’s why the (resignation) letter is in the book. I want people to understand why I couldn’t stay. I’ve been informed by four decades of experience, and I just couldn’t connect the dots anymore.”

Mattis surveyed the news landscape earlier this month, shortly after a white supremacist whose words echoed Trump’s gunned down 22 people in El Paso and amid Trump’s racist attacks on Rep. Elijah Cummings and four Democratic congresswomen, and offered perhaps his most pointed criticism.

“You’ve got to avoid looking at what’s happening in isolation from everything else,” Mattis said. “We can’t hold what Trump is doing in isolation. We’ve got to address the things that put him there in the first place.”

But that doesn’t mean Mattis would never, ever deliver a more devastating blow against the president he once served.

“There is a period in which I owe my silence,” he said. “It’s not eternal. It’s not going to be forever.”