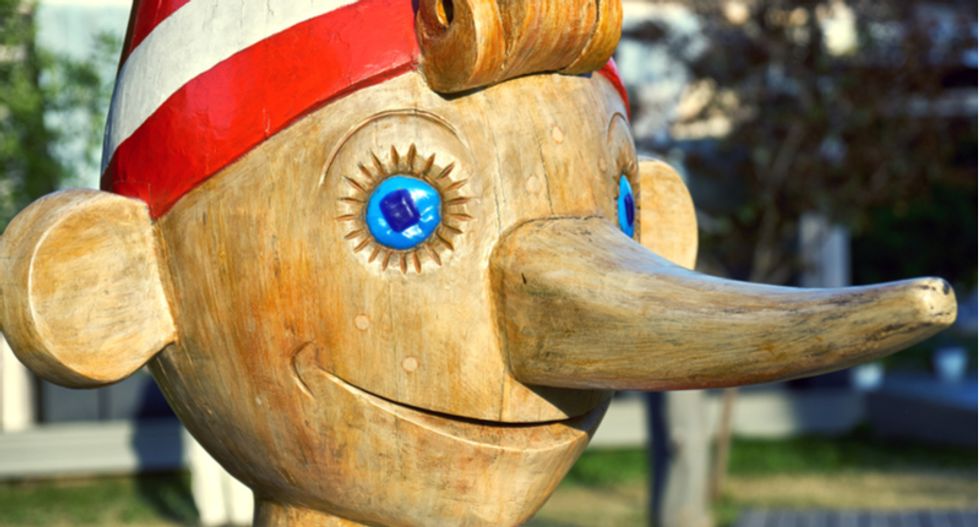 During Wednesday night’s Democratic debate, Colorado Sen. Michael Bennet attacked Sen. Kamala Harris’s Medicare for All alternative. "We need to be honest about what's in this plan," he said. "It bans employer-based insurance and taxes the middle class to the tune of $30 trillion. Do you know how much that is? That is 70 percent of what the government will collect in taxes over the next 10 years.”

Every part of that statement was entirely false.

If Harris’s proposal were to become law, businesses would have the option to provide their employees with a private plan, like today’s Medicare Advantage plans, that conforms to a new set of standards determined by the Centers for Medicare and Medicaid Services. And since her plan differs from Bernie Sanders’ proposal in that it covers a basket of “essential services” rather than  everything other than elective plastic surgery, they would also be able to provide private supplemental insurance to their workers.

Bennet’s claimed $30 trillion price tag (over ten years) was just as mendacious. Assuming he didn’t just make up a number, he was probably citing a projection of what the federal government would spend to implement Sanders’ Medicare for All proposal. Harris didn’t offer a cost estimate for her plan, and it hasn’t been “scored” by independent analysts, but Charles Gaba, a policy wonk, has estimated that a structurally similar plan released by The Center for American Progress (CAP) would cost taxpayers $2.8 trillion over ten years, or about one tenth of what Bennet claimed. Gaba told me that he thinks Harris’s plan would cost somewhat more that CAP’s but it wouldn’t be anywhere near Bennet’s numbers. It was pure fear-mongering.

This isn’t as blatant a whopper as Bennet’s claim, but it is nonetheless wildly misleading. It's true that Sanders has proposed imposing an additional 4 percent tax on incomes, but for most households that would be more than offset by not having to pay insurance premiums. More importantly, while the plan might cost the federal government $30 trillion over ten years, taxpayers will already spend more than $20 trillion during that time under current law—on Medicaid, CHIP, and other public health programs. Most of these would be rolled into a new expanded Medicare program under Sanders’ plan, meaning that new spending, in addition to what we’re all spending, would be only a fraction of that big, scary number.

On the first night, Former Rep. John Delaney repeatedly claimed that this approach would take away people’s insurance. “We can create a universal health care system to give everyone basic health care for free, and I have a proposal to do it,” he said. “But we don't have to go around and be the party of subtraction, and telling half the country, who has private health insurance, that their health insurance is illegal.”

This speaks to a very real political issue. People do not like the idea of having something taken away from them even when you promise to replace it with something of a higher value. Psychologists call this “loss aversion,” and we’ve seen it play out repeatedly in recent years. Under the Affordable Care Act,for example, around six million people lost the ability to purchase cheap, catastrophic insurance that didn’t cover much, and that became a huge outrage. Similarly, Obamacare was unpopular until Republicans tried to kill it, at which point the public became outraged.

But as a substantive matter, it’s basically a non-issue. Sanders would offer those people with employer-provided private plans significantly better benefits at a lower cost to them. They would have to switch into a new system, but depending on what study you look at, somewhere between 17-30 percent of Americans with private insurance already switch plans in a given year. Over the course of a multiple-year transition period, most people will “lose their coverage” as Delaney defines it anyway.

Medicare for All advocates are loath to admit it, but the Democratic candidates have a number of highly progressive and potentially transformative approaches to health care reform. (John Delaney’s plan) is one of them. It’s a shame that the candidates can’t just make an honest case for why their approach is superior without misleading Democratic primary voters—and in some cases just lying outright to their faces.