I'd like to stop writing about innocents killed by guns 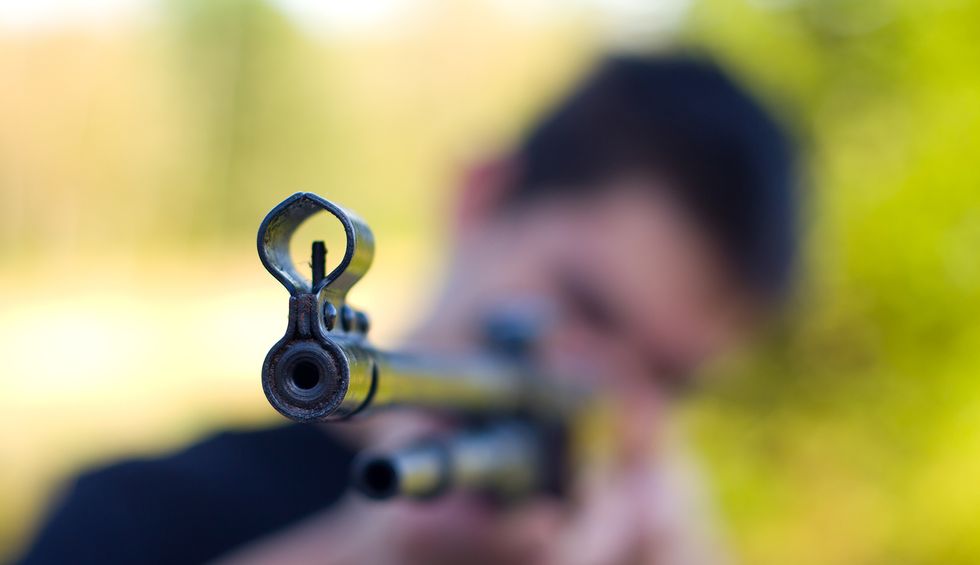 I’m sitting here typing away at the dining room table in the home of friends a few miles along the road from Newtown, Connecticut. In a span of just thirteen hours, there have been mass killings in El Paso, Texas, and Dayton, Ohio. Many more are wounded.

Lone, young white gunmen have murdered nearly thirty men, women and children. In Texas, the dead were shopping for back-to-school sale bargains at Wal-Mart. In Ohio, they were enjoying a weekend evening out.

Each assailant legally obtained his weapon. The killer in Dayton’s AR-15-style rifle used a double drum magazine that holds 100 rounds of ammo for non-stop shooting. You can order it online for $129.95.

I sat at this same table less than seven years ago during the weekend of the 27 murders at Newtown’s Sandy Hook Elementary School and wrote, “As many as 100 bullets were fired in Newtown; last year, a total of 85 were fired at people by the police in all of Germany and 49 of them were warning shots. We will hear all these and other statistics in the days ahead, and in a week or so they will fade until the next time. Unless this time we stand up and say no.”

There have been, of course, too many next times. And so far, as hard as we try, every time it happens again we apparently have not stood up in sufficient numbers or shouted loud enough to make the massacres stop. What does it take? The story keeps repeating.

July 2012: In the wake of the killings at a Colorado movie theater, my colleague Bill Moyers and I wrote, “We are fooling ourselves. Fooling ourselves that the law could allow even an inflamed lunatic to easily acquire murderous weapons and not expect murderous consequences. Fooling ourselves that the Second Amendment’s guarantee of a ‘well-regulated militia’ be construed as a God-given right to purchase and own just about any weapon of destruction you like, a license for murder and mayhem. A great fraud has entered our history.”

January 2013: Less than a month after the Newtown murders, we wrote, “Naturally, in a country where even life and death are measured by the profit margin, the cure for gun violence is, yes, more guns! Bigger profits.”

October 2017: After 57 were killed in Las Vegas, I said, “To claim as a constitutional right the possession of firearms intended for nothing less than brutal, gruesome warfare strains credulity. These are killing machines with no purpose other than to maim and destroy. Of course, we’ve said this time and again and will doubtless say it again because the foolish cycle remains unchanging.”

February 2018: I wrote, “An AR-15 is what 19-year old Nikolas Cruz bought for his rampage at Marjory Stoneman Douglas High in Parkland [Florida]… These are not sports weapons and they sure as hell don’t belong in the hands of any civilian, much less the mentally disturbed.”

And so it goes. A pizzeria owner who was at the murder scene in Dayton tells The New York Times he had watched the news from El Paso earlier in the day but thought it was, “just another mass shooting that we hear about all the time, and you never think it’s going to hit home.”

Is that what needs to happen? Must every community endure a tragedy of its own to understand that gun violence not only slays individuals but also kills us as a society?

Rather than face the truth, our elected leaders try to cover it all up, pointing fingers at everyone but themselves and blaming the gun deaths on video games and mental problems. When their hands are not fraudulently folded in prayer, they greedily reach out for more and more campaign cash from the National Rifle Association.

Here’s a truth for you. This is domestic terrorism. Here's another: According to the NRA Campaign Spending Tracker run by The Trace, an independent news organization that investigates guns in the United States, “In the 2018 election cycle, the NRA… spent $5,362,861 supporting 265 candidates... and $4,369,083 opposing 71 candidates… in congressional races across 44 states.” Over the past decade, they’ve spent more than $100 million.

The NRA donated $30.3 million to Trump’s 2016 presidential campaign. Where it all came from remains a secret. Keep that cash in mind; then remember how he incites white supremacist crowds at his rallies. Never forget all the vicious things Donald Trump has said about people of color, the constant anti-immigrant rhetoric, much of it in the past few days leading up to the shootings.

In characteristic cover-his-ass mode, he now lies and tells the public, “Hate has no place in our country,” and that when it comes to guns, “We have done much more than most administrations. That’s not talked about very much. But we’ve done actually a lot. But perhaps more has to be done.” Perhaps?

Monday morning, Trump, bowing to pressure, called for "strong background checks," but naturally then blamed the media for the problem—"Fake News has contributed greatly to the anger and rage that has built up over many years," he tweeted—as ever, misleading and trying to divert the blame away from the leading offender, himself.

Yet he’s just the latest in a long list of culprits. More than twelve years ago—twelve years!—the day after 32 were shot and killed at Virginia Tech in April 2007, I asked, “How many times do mass killings… have to occur before we get it through our thick, wired for the Stone Age skulls? For that matter, how many times do people have to write a column like this one decrying the insanity of gun violence in America?”

Here’s that column once again. Will I ever be able to stop writing it?