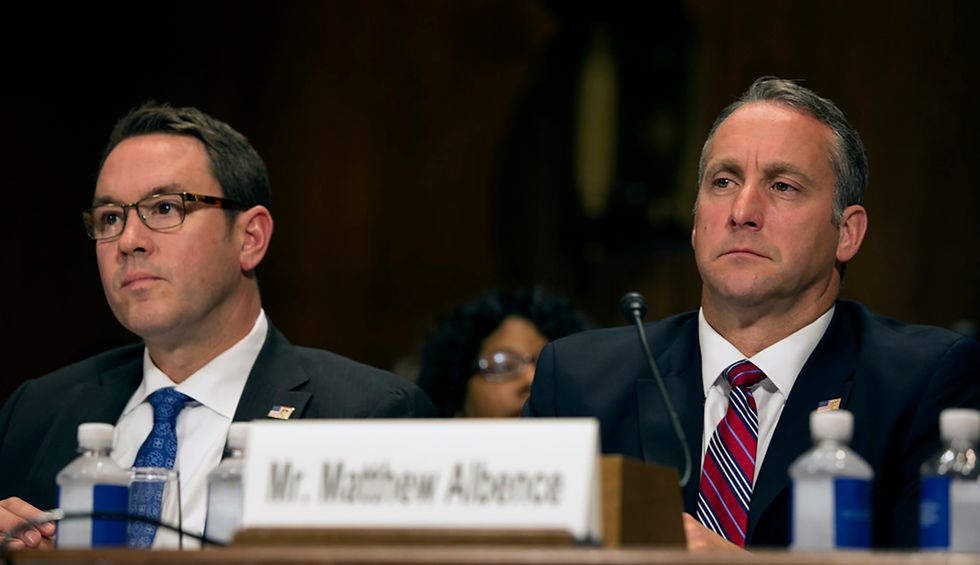 The acting director of Immigration and Customs Enforcement at first refused to look at a video of a young girl crying after being separated from her parent due to last week’s workplace raids in Mississippi, and said that the hundreds of immigrants who were just trying to work and provide for their families only have themselves to blame for getting swept up by his agents.

"We conduct our operations with professionalism, with compassion and with humanity, and we tried our best to minimize the impact on the innocent people of this situation," Matthew Albence told NBC News. "However … the parents or the individuals that are breaking the law are ultimately the ones that are responsible for placing their children in this situation.”

It’s a truly fucked-up situation for immigrant families: They get arrested for trying to work and provide for their families as the administration also accuses them of being moochers and takers in order to implement drastic changes to the legal immigration system. Meanwhile, unscrupulous employers—including the president of the United States—continue exploiting their labor without any consequences.

Meanwhile, it’s the families who are suffering. These workplace raids swept up nearly 700 workers, with kids coming home from school to find no one there, and others going in front of cameras to cry for their parents. One of those kids, 11-year-old Magdalena Gomez Gregorio, pleaded, “Government, please show some heart.” But when NBC News reporter Gabe Gutierrez tried to show Albence the video during an interview this week, he at first refused to look at it.

Gutierrez, however, continued playing the video until the end, and Albence eventually glanced. “What would you tell that little girl?” Gutierrez asked. “Well, I don’t think I’d speak to the little girl,” Albence responds. “I would speak to the parents, and I would speak to the community at large. Look, I'm a parent, most of our officers and agents are parents—some of the most difficult things that we have to do in our jobs to enforce the laws involve the separation of parents from children.”

This is coming from the same administration that created a policy to separate thousands of families at the border, and has continued separating more in defiance of a federal judge’s court order. Many of those kids are still in U.S. custody, and have no idea when they’ll be reunited with their families. The cruelty, the separation, the crying children, it’s all intentional—and Albence won’t even look at it.