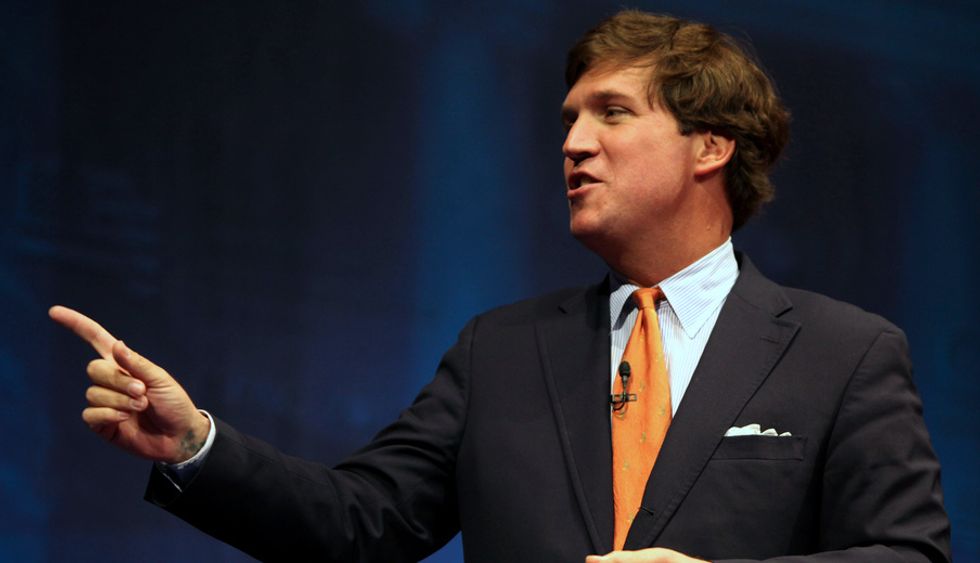 Some guy named James Neally, sent me a death threat a couple of weeks ago via Facebook Messenger. “Keep taling (sic) about the potus that way you did in your last article and it will be the end of you and your family.”

I spent several hours talking to the FBI about it this week. They’re trying to find James Neally and they’re not having much success. Facebook won’t reveal their records on Neally’s account to the FBI. He’s got a YouTube channel, on which he posted several videos of himself playing “Cripple Creek” on the banjo, but when I linked to one of the videos on my Facebook page, he took all of them down.

He’s hiding now, which is what white supremacist right-wing fanatics do when they’re not actually going out and killing people, like Patrick Crusius did last week when he shot 22 people to death at a Walmart and wounded dozens of others. Going to a Synagogue, or a Walmart, or a public school, or a nightclub, or a movie theater and gunning down a bunch of people down, is what these guys do when they want to spread the evil lies of white supremacy. They seek attention, and they get it by killing people.

We have a legitimate reason to be afraid of Patrick Crusius and his ilk because their deranged attachment to white supremacy causes them to kill people to bring attention to their cause. But I don’t think there’s much cause to fear the James Neallys of this world, because all they’re trying to do is shut you up. They don’t want people like me writing the things I write because it threatens their fellow white supremacists. In James Neally’s case, the white supremacist he’s trying to protect is the president of the United States.

Now there’s a sentence I never thought I would have cause to write. The president of the United States is a white supremacist. That’s what it’s come to, folks. The right-wing extremists like James Neally and Patrick Crusius might wear their black t-shirts and camo and other macho gear, but the white supremacists we should really be afraid of are wearing coats and ties.

Donald Trump is one of them, and he wears a coat and tie. So did Ronald Reagan when he talked with Richard Nixon on the phone in 1971 and referred to United Nations diplomats from Africa as “monkeys.”  “Nixon gave a huge laugh,” the Atlantic reported when he heard Reagan’s comment.

Nixon was wearing a coat and tie, too.

The members of Augusta National Golf Club wear ties with their famous members’ green jackets at the annual Masters tournament they host every year. Their club refused to allow black members for many years, but even now when they’ve permitted a few blacks to join, and even a few women, their membership is nearly completely lily-white, but they’re still wearing their green coats and ties. It’s a club rule, apparently, that when you’re on the grounds of their white supremacist golf club, they have to wear their coats and ties.

Tucker Carlson, the Fox News host wore a coat and tie when he referred to Iraqis as “monkeys” who didn’t even use toilet paper or forks, and he wears a coat and tie nearly every night when he rails against “invaders” on the border and justifies the separation of little children from their mothers and fathers as they cross the border to apply for asylum.

There’s a reason Reagan called African diplomats “monkeys,” and there’s a reason the Augusta National Golf Club has so few black members, there’s a reason Tucker Carlson spent time on his show this week telling his audience that white supremacy isn’t a problem in this country, and there is a reason the President of the United States has talked about immigrants “infesting” the country, and told four female members of congress whose skin color is black and brown to “go back” to the countries they came from, and has made such hay out of Colin Kapernick and other black NFL players taking a knee during the national anthem. The most common term for it is racism, but I think it’s more accurate to call it white supremacy. It might be a kind of soft supremacy, in a coat and tie, but it’s white supremacy nevertheless.

I’ve dealt with white supremacists before, and I’ve gotten death threats before, more than 100 of them back in 1999 when I invited my cousins in the Hemings family to accompany me to the annual family reunion of Jefferson descendants at Monticello. Back in those days, the death threats came by regular mail, and they came in emails, and they came in phone calls, and I got some real beauts. I got death threats with the words spelled out with letters cut from newspapers and magazines. I got death threats that were part of long manifestos like the one posted on 8chan this week by the killer in El Paso. I got a death threat containing a newspaper photograph of myself with a bright red swastika scrawled across my face. I even got one death threat with two photographs in it: one of a .45 caliber pistol with a Jefferson nickel embedded in the handle, and the other with its barrel pointed straight at me, with the words “Race traitor” scrawled beneath.

The other white supremacists I had to deal with were my own cousins, my fellow white Jefferson descendants who were members of the Monticello Association and objected strongly to my invitation of our Hemings cousins to the family reunion at Monticello. These people, in their summer dresses and their coats and ties, didn’t think of themselves as white supremacists, but that is what they were. They were afraid that if the history of the Hemings family, which held that Jefferson fathered six children with his slave Sally Hemings, became broadly accepted, it would somehow diminish or replace their own family history, which held that Jefferson had fathered only two daughters, Martha and Maria, from whom all of the white members of the Monticello Association were descended.

They thought that the idea Jefferson had children with a slave would damage Jefferson’s reputation as a founding father of the country, and of course, as our great grandfather. They hired 12 historians to co-author a book attacking the Sally Hemings “controversy.” One of their historians held forth at one of our family meetings with his theory that Jefferson couldn’t have fathered Sally’s children because “he wasn’t that kind of man.” In other words, they accepted the idea that he was “the kind of man” who would own slaves, but he wasn’t “the kind of man” who would have sex with one of them.

They were wrong. The history of Jefferson and Sally Hemings is now broadly accepted around the world, and his reputation is as strong, if not stronger today than it was then, the story of his liaison with Sally Hemings and the children they shared having humanized him and made him the man he was, rather than the god he was worshiped as by historians and others.

But they were right about the history of the Hemings family, and that of other slaves, replacing the old history of Jefferson, which had been propagated and written by white men. Today when you visit Monticello, you’ll see Jefferson’s bedroom, and the other rooms where he lived in the house, but now there is an exhibit showing the slave quarters where Sally Hemings and one of her brothers lived, and archeology about slave life is being done all around the property, and nearly half of the history you see and hear is about slaves.

But that’s how threatened the white supremacists were.  We were talking about something that happened 200 years ago between a white man and a black woman, and over a hundred of them threatened my life.

White people have used white supremacy for hundreds of years to justify making the rules, allocating the resources, determining who gets to go to college, who qualifies for what job, even who gets to own land and a house, and who gets to vote. White people have clung to whiteness as evidence of their superiority and power. But now they turn on the television, and they see mixed-race children in cereal ads, and gay married couples in ads for car insurance, and Latinos looking at washer/dryers that are being advertised. If everyone around you is turning black and brown, how do you tell who’s on top anymore?

That’s what’s driving Patrick Crusius to kill people in a Texas Walmart and James Neally to threaten my life. And it’s what’s driving Donald Trump and Tucker Carlson and the entire Republican party for that matter. Donald Trump goes to his rallies and jokes about shooting immigrants. He encourages violence and then enables it. The Republican party and the NRA want Americans to be able to buy military weapons of war like the AK-47 used in El Paso and the AR-15 used in Pittsburg and Sandy Hook and Parkland and everywhere else. They put on their coats and ties and they talk the white supremacist talk and walk the white supremacist walk and 40-plus percent of the public supports them and votes them into office.

This isn’t just about David Duke and the KKK anymore. It’s about President Donald Trump. It’s about Tucker Carlson and other enablers of hate on Fox News. It’s about who we are as a people and what kind of country we want to have. It’s about us.